I’ve never really had a palate for relationship gossip, no matter how juicy, but I’ll be damned if I didn’t acquire at least a little taste for it this past weekend. Spending four straight days traversing the flattest and most dismal stretches of Ohio, Indiana, and Illinois may have lowered my standards for excitement, but I was overcome by morbid curiosity when I came across the now-deleted Twitter profile of a nineteen-year-old newlywed by the display name of Mrs. Vagina Jones. 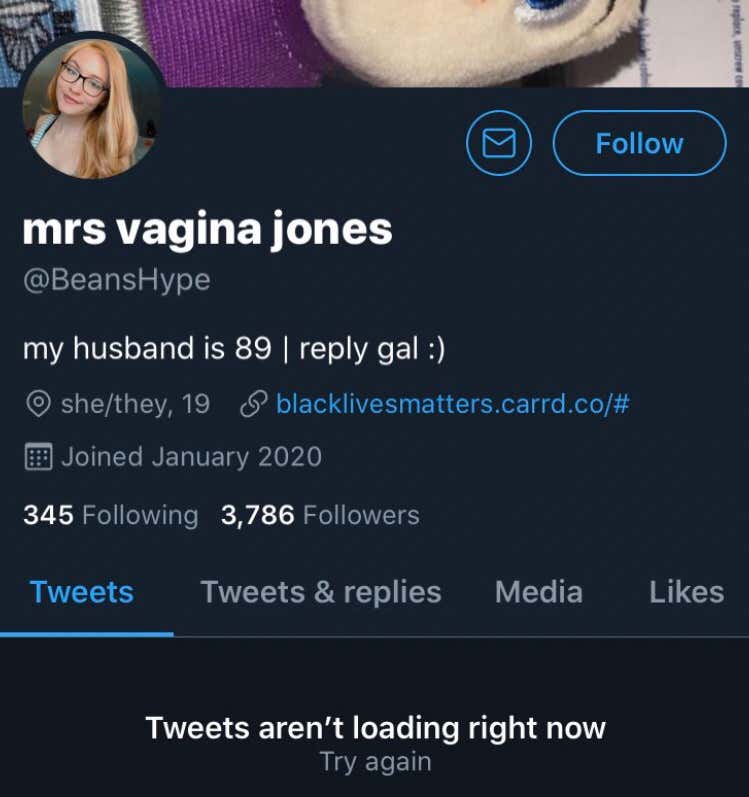 She’s not the woke reinterpretation of a Counting Crows cover band from Portland, although I now think I’d prefer her to be. 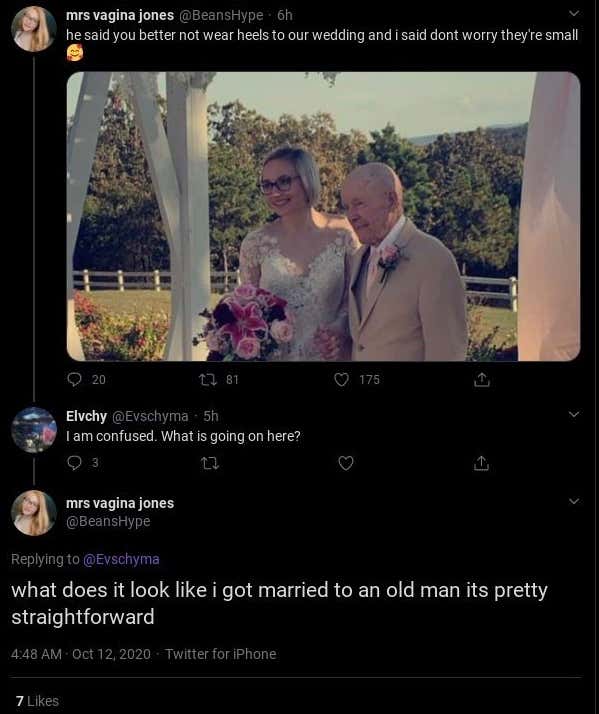 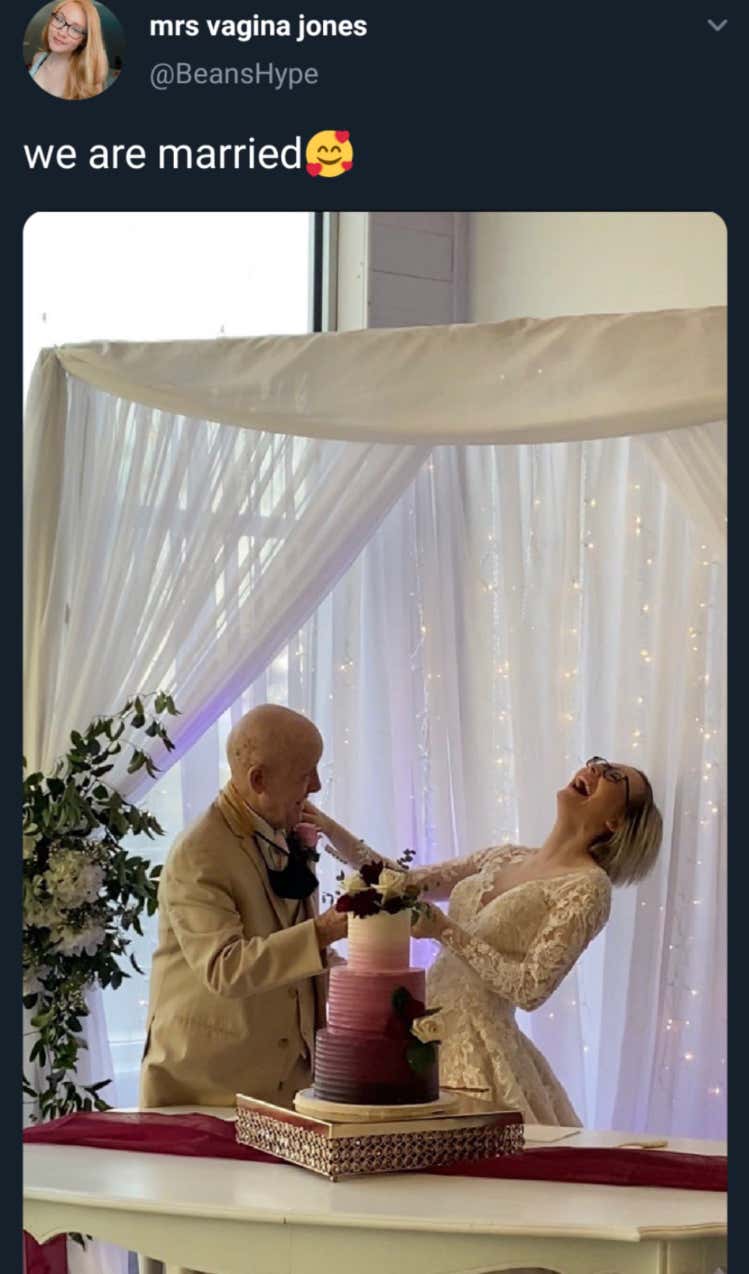 At first glance, Mrs. Jones seemed to just be a teenage bride live tweeting her marriage to a Cold War vet. Yeah, it’s a little strange for a girl who’s younger than the iPod to marry a man who’s older than the Hoover Dam. And sure, there’d be glaring communication deficits that come with having a spouse who’s closer in age to Alexander Graham Bell than you. What would they even chat about during supper? She’s not even old enough to remember Blockbuster, and he's old enough to remember nothing. Then again, maybe that opens up all the more talking points and creates an even stronger bond between the two soulmates who surely have no ulterior motives other than eternal love, right? 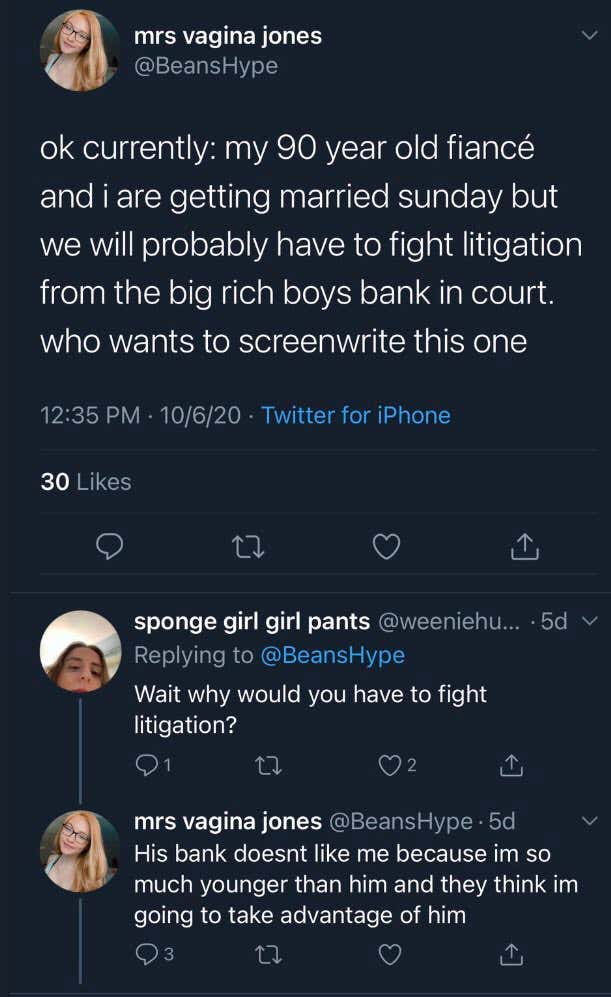 Okay, so there's some cash on the table. In a way, you have to admire the strategy behind her potential comeuppance – the way she gave herself the smallest possible window of time between securing an old bag and securing his old bag. I doubt this man is sitting on oil tycoon money, but I'd bet that even Anna Nicole Smith would give Mrs. Vagina Jones her nod of approval. Besides, this is nothing new — both brides and grooms have been chasing gold since the Middle Ages. Who am I to cast judgment? 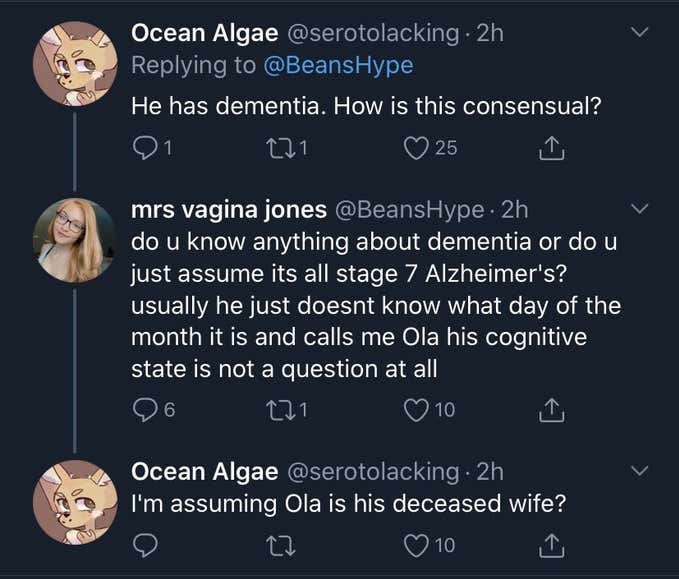 Okay, so this is where I’m gonna gracefully bow out of this particular marriage story. What I am here to do, however, is highlight some of the more heartwarming examples of massive age gaps in relationships. 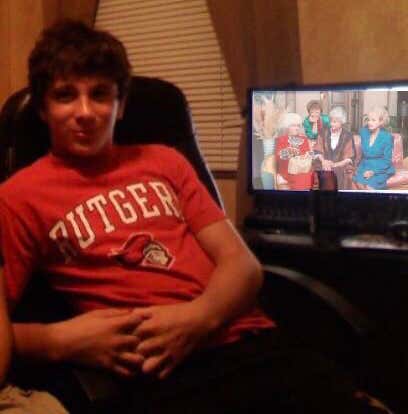 Estelle Getty (1923) was 70 years older than me (1993) when I made my first fap to The Golden Girls. Barry Manilow (1943) had to wait 71 years to legally marry a man in California (2014), and Toucan Sam (1963) had to wait four decades for Milk (2008) to come out. Mr. J. Howard Marshall (1905) was 62 years older than his beautiful bride, and Sheikh Khalifa (1948) of the United Arab Emirates is 62 years older than his beloved Burj. Henry Fonda was 76 years old when he first held an Oscar, and it took 70+ years for both Barbara Streisand and Nelson Mandela to get their own effects. Point is, just because people like Vagina Jones may have had cruel intentions behind their modest proposals, doesn't mean that multi-generational age differences are always a bad thing. Here are 7 examples of the strongest 70+ year age gaps in the history of relationships. 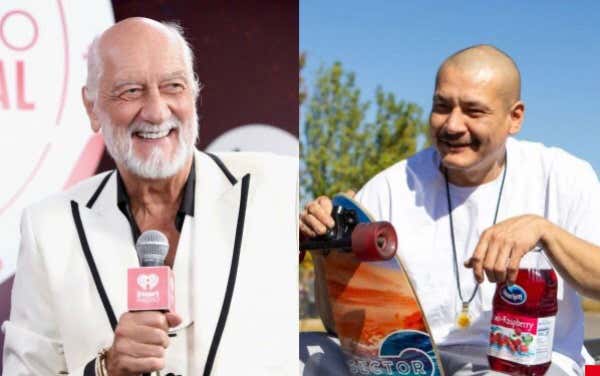 The 73-year-old struggling musician, who was previously best known for covering the Dixie Chicks, didn’t achieve internet fame or recognition until international sensation Nathan Apodoca started posting viral videos of himself skateboarding to Fleetwood’s music on TikTok. Thanks to the 3-year-old video sharing app and its massive influence, Mr. Fleetwood and the other elderly members of his cover band are finally gracing the billboard charts and proving to other older artists that success in the music industry doesn’t have an age limit. 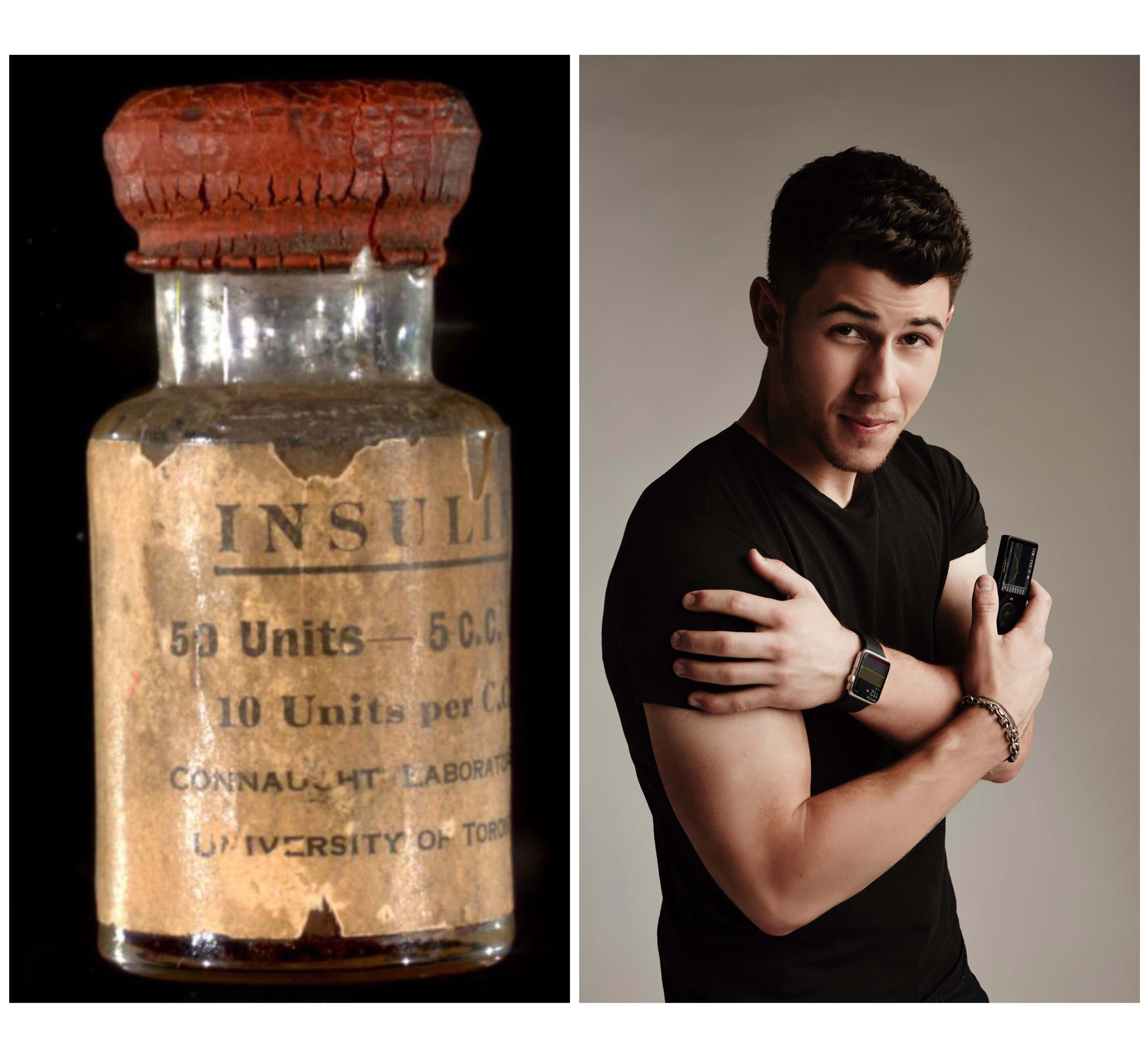 The lovably transparent diabetic treatment had to wait seven decades before it got to penetrate the rock-hard heartthrob body of celebrity super stud and poster boy for Type I Diabetes, Nick Jonas. 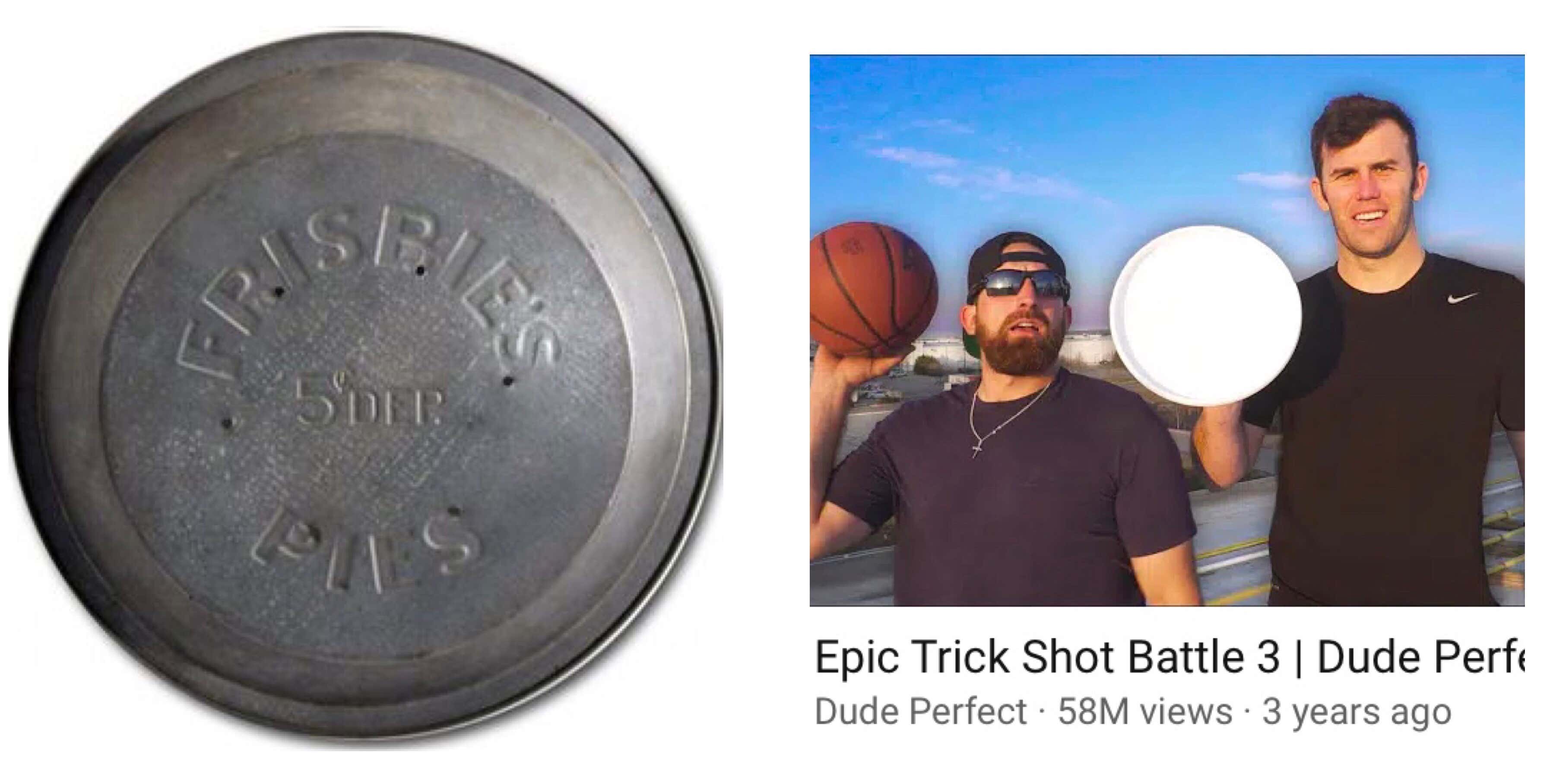 The 72-year-old concave plastic disc, which was previously best known for being a generic background prop in throwaway scenes of campus quads, didn’t achieve widespread fame until the notoriously epic dudes of Dude Perfect used it in their critically acclaimed Epic Trick Shot Battle 3 to the tune of 58 million views on YouTube. 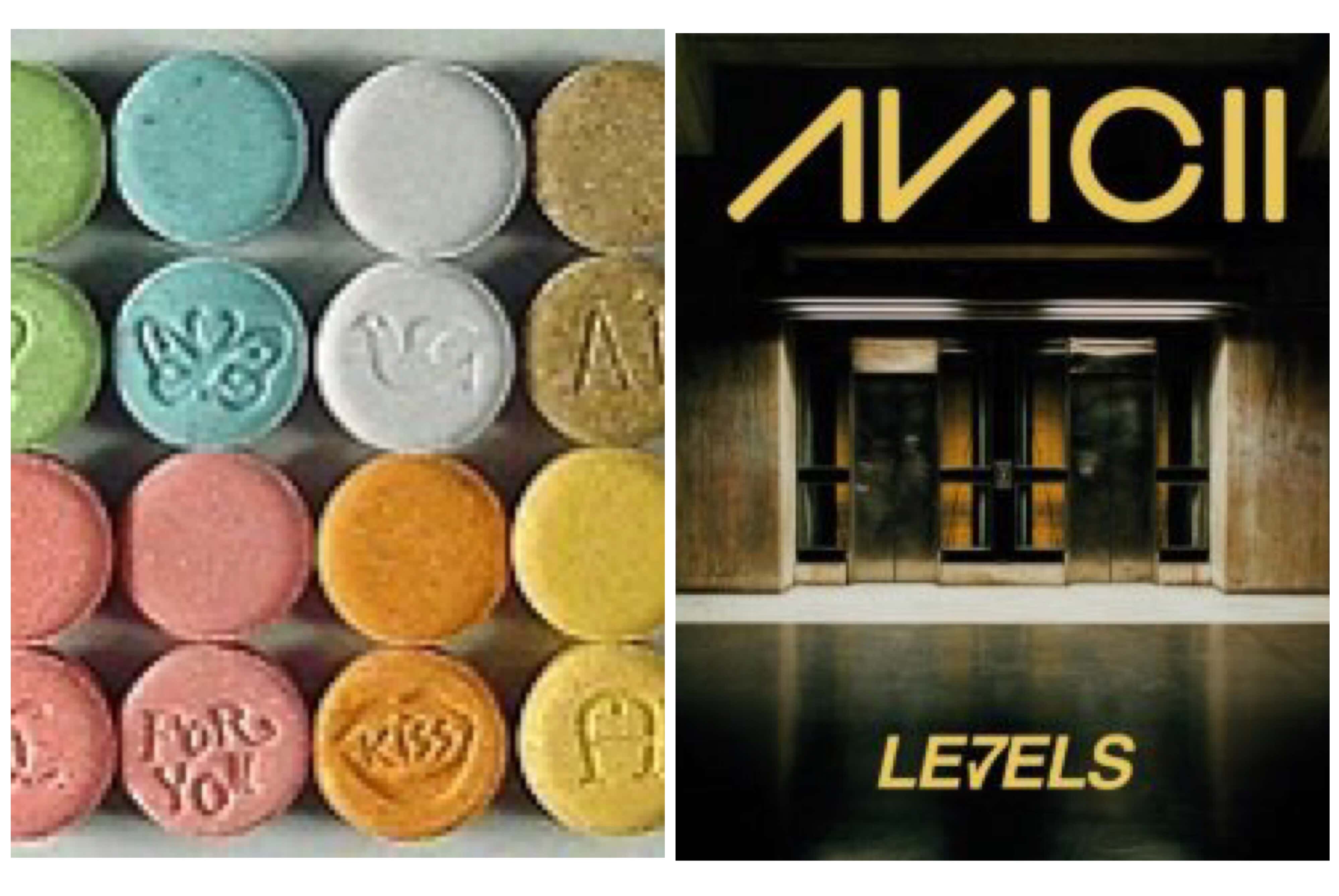 The indie psychoactive drug didn’t get its big break until age 98, when neon-wearing rave rookies started ingested it en masse to dance and grind to the timeless EDM smash hit and its many remixes. A bond so strong that even Avicii rolls in his grave whenever a saucer-eyed sophomore sweats out synthetic stimulants to the Swedish stylings of his 9-year-old baby girl. 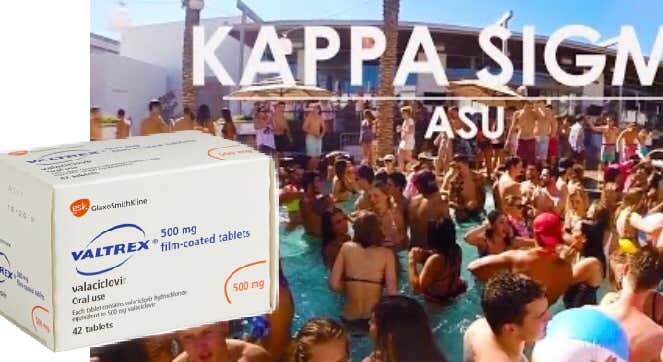 The southwestern co-ed college was 102 years old when its lips were first graced by its inseparable antiviral companion, and their bond has only continued to grow ever since. Rapidly.

It took the Jeep seventy years before it finally got to experience the passionate and fiery love between two souls, first-hand. It's no secret that even the decade-old memory of her short time in my Wrangler on that fateful April night nearly prevented my Junior Prom date from getting married to a washed up orthopedic surgeon last autumn. 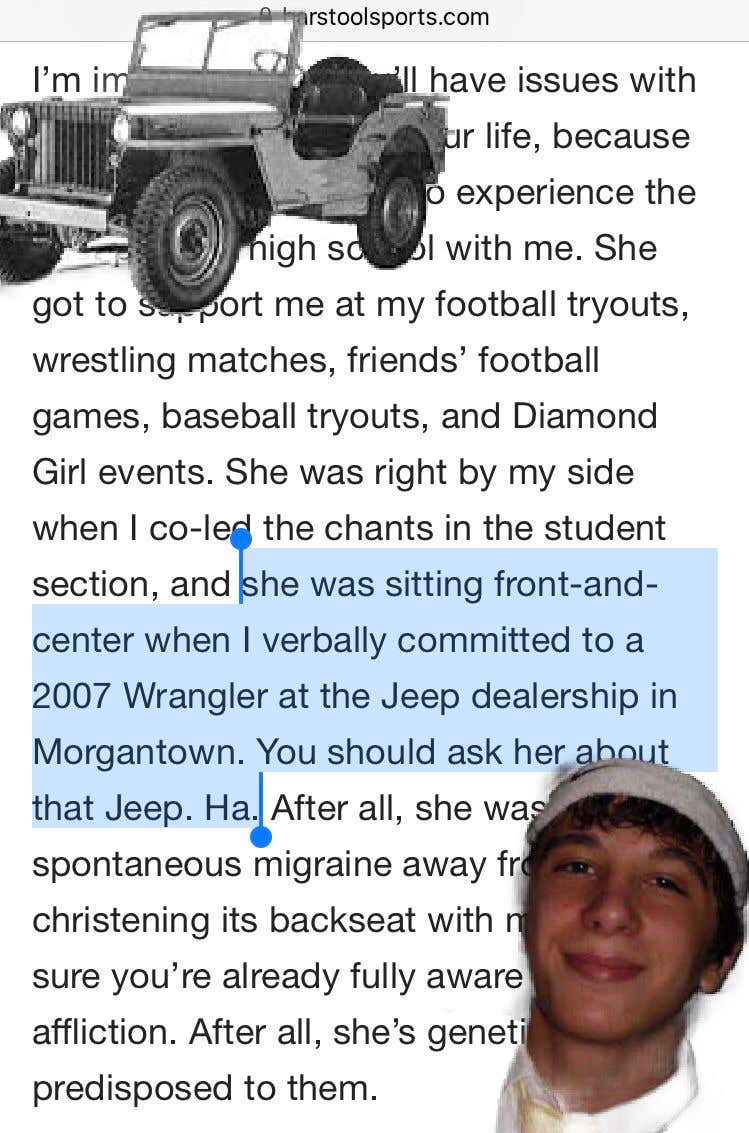 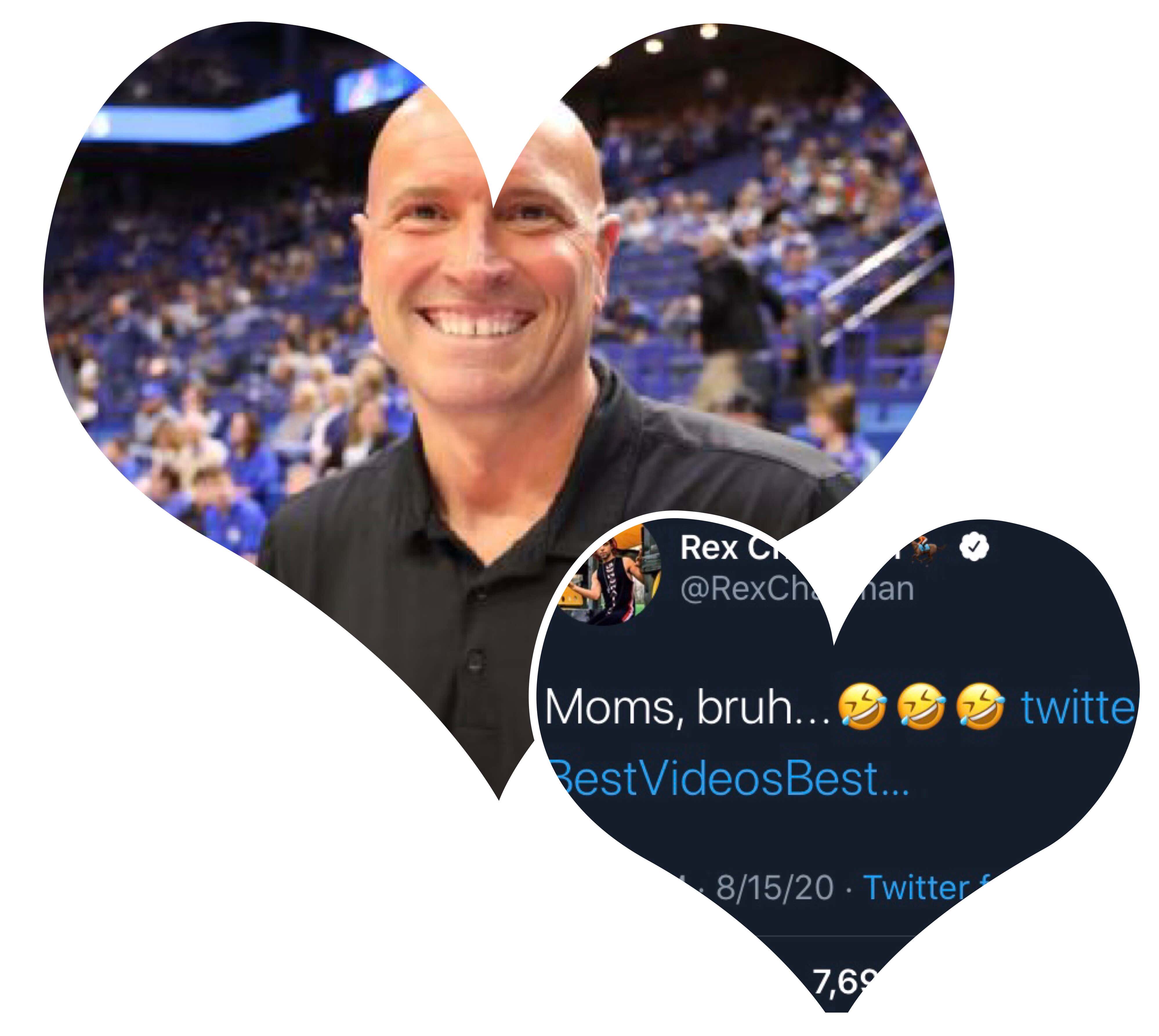 The former Sun and current grandfather is 70 years older than the love of his life, proving to impressionable teens all over the internet that age is nothing but an anonymous number and curating content requires nothing more than a little copy and paste. 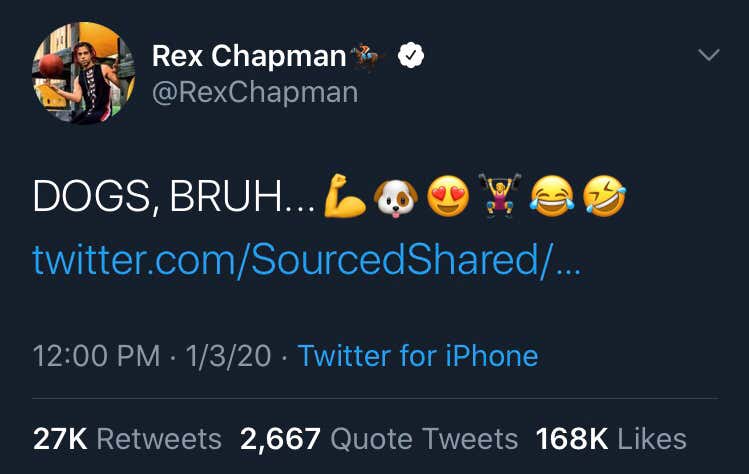