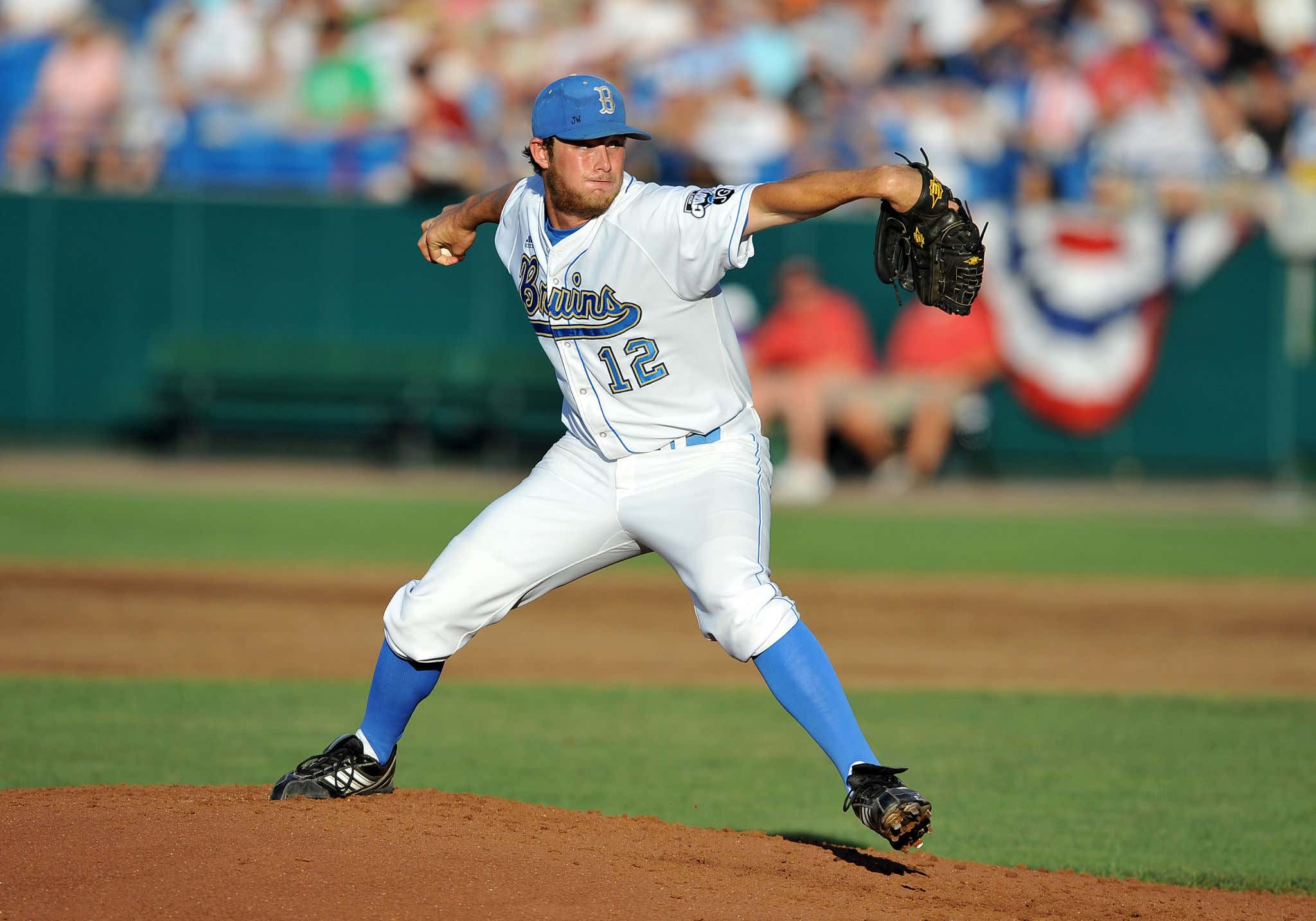 Once the MLB Postseason comes to an end in the coming weeks the baseball world's attention will quickly shift to free agency. The name atop everyone's list will be starting pitcher/social media connoisseur Trevor Bauer. Coming off a career year that'll likely land him the NL Cy Young, the right hander has spent his offseason tweeting at essentially every single team wondering if they could use his services next year. This motherfucker knows exactly what he's doing.

The last tweet caused everyone to bring up the hatred shared between Gerrit Cole and Trevor Bauer. The two studs pitched for UCLA at the same time and in 2010 helped produce the best team in school history. Cole would throw on Fridays, the day reserved for the Bruins' ace. Bauer would pitch on Saturdays. In their efforts to out-do one another they formed a heated rivalry. It also didn't help that the two pitchers couldn't be more opposite human beings in terms of personality. Cole is a cyborg. All he wants to do is win and dominate. He's the power pitcher and more of old-school in his thinking. You don't see him on social media at all. Bauer is the out-going one who loves Twitter, putting himself out there, and making a thing of basically everything. He's as into analytics and spin rate as you can possibly be. Cole went number one overall in the 2011 draft while Bauer went third. As time went by the two grew further and further apart. No one knows for sure if there was a specific moment in college that sparked something, but it's pretty clear they are not fond of one another. I've been dying to know forever what exactly started it all. There's a clip below from Bauer, but Cole remains silent. There has to be more to it.

After Cole pitched his ball off on 3 days rest in Game 5 of the ALDS, Bauer tweeted out his appreciation.  Now was this genuine or more of continuing his act of playing with fans' brains? Likely a bit of both.

A few years ago Bauer addressed their differences and attempted to clear the air. This is pretty much the only time we ever got any info regarding the situation.

To my knowledge Cole has never talked about their rivalry. Back in 2018 their former assistant coach at UCLA, Rick Vanderhook, spoke up about the two ending their war and said,

“I would have to say the odds of the earth burning up are better than that. That’s not going to happen. It’s just not. They are opposites, just such complete opposites."

Certainly not the most promising statement if you ask me. What I will say is that Cole appears to be a dude who will do anything and everything to win. He's the ultimate competitor and teammate. It would seem silly for a guy to hold onto a grudge after all that time, especially if it prevented the Yankees from signing this dude and increasing their World Series chances. Now that he's got his money and is comfortably in the place he wants to pitch in, I wonder if Cole would be willing to set aside his differences with Bauer so that the Yankees can get that number 2 pitcher they so desperately need. It'd make for one helluva story and dynamic, that's for sure.

My guess? Bauer has his sights set on San Diego to be paired with his boy Clevinger. All of his tweets are just games he's playing to drive up the price. If he opts to not go that route then anything is possible. His ideology of not wanting long term contacts could fit perfectly in the Yankees plan. Just give the dude a high AAV for two years. I think both sides would be in, but of course it would be up to Cole. You don't sign a guy like GC for 9 years and decide to bring in his arch rival without him being fully onboard. The Yankees are no stranger to housing two stars that absolutely despise each other (see Jeter and A-Rod), but it certainly varies on a case by case basis. Mush and Tommy are out on Bauer because they think he's a clown, but I would welcome him with open arms. His handling of the media would be something we've never seen before and quite the opposite of Cole's, but he may just be the exact guy they need. The dude can pitch, that's all I care about at the end of the day. Of course this is the Yankee fan in me talking, acting like we're going to get everyone, but for a short term deal I can't see how the Yankees wouldn't be all ears. They have a ton of money coming off the books with the Happ, Paxton, Tanaka, and Ellsbury deals no more. Just something to think about over the coming weeks.

To the surprise of no one, Trevor has already responded to this blog. Thanks for the clicks!