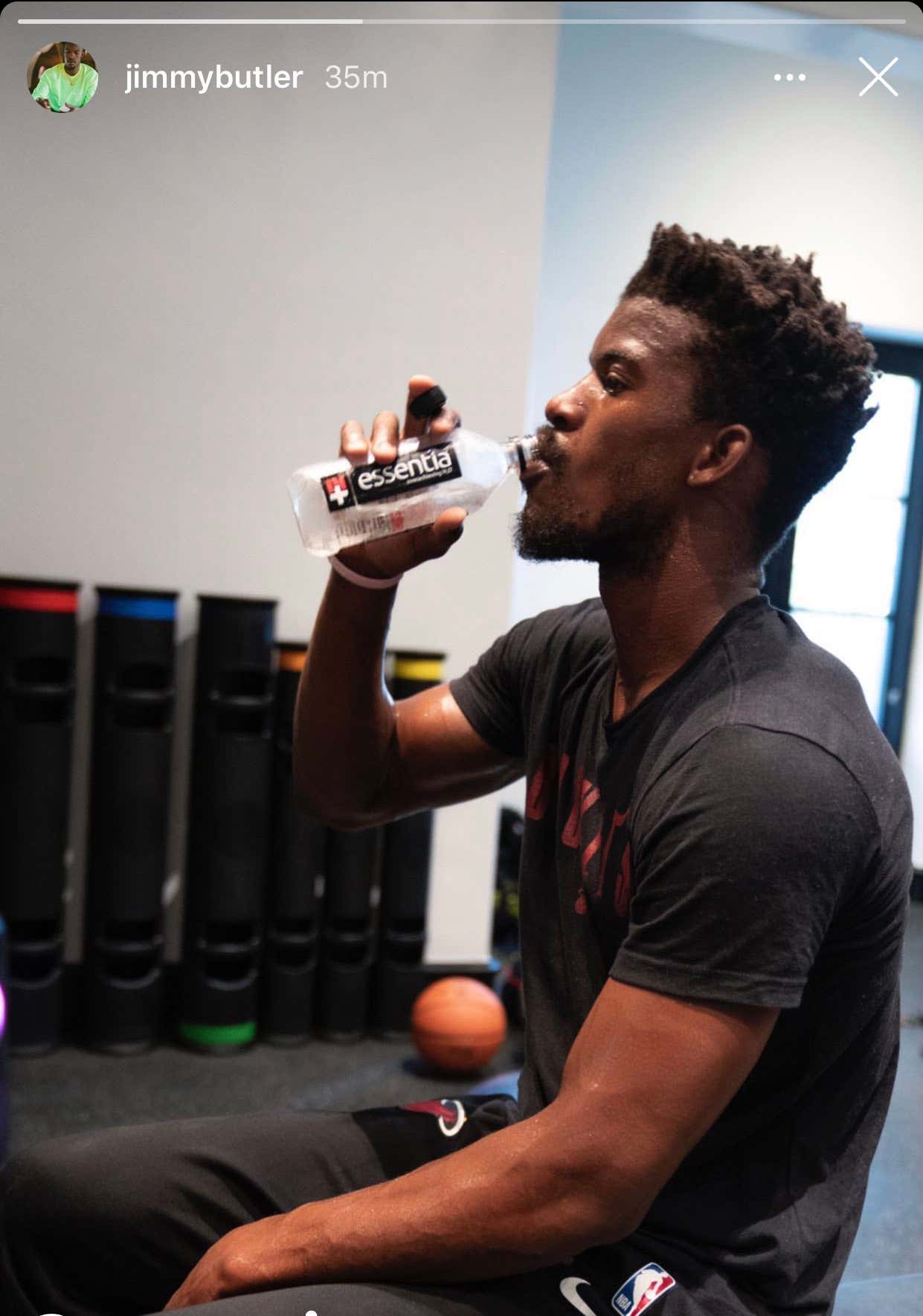 Would anybody have had an issue with Jimmy Butler maybe taking a day or two to relax after the incredible bubble run he just had?

It's hard to find a player that raised their stock and perception more than Jimmy Butler after these 100+ days of bubble basketball. In my eyes he went from a top 20 guy to easily a top 10 player right now in the league. These sort of antics are nothing new, remember how "someone" leaked the news of Butler getting in trouble for dribbling in his hotel room?

Nobody loves talking about how they work hard more than Jimmy Butler. Before this bubble run it was kind of weird, but after what we witnessed I'm all for this move. Shit like this is most likely WHY he was able to do what he did in Orlando. No days off. Grinding, working, all the things that make up #HeatCulture. It's why Butler is the perfect fit for that franchise and the feeling is without a doubt mutual

If I were a Heat fan, this would have me over the moon. The man that legit could barely stand up after Game 5

is right back in the gym getting better a day after getting eliminated. I respect the hell out of that and it shows Jimmy is just wired differently. How many other guys in the league got bounced from the bubble and immediately when to Cabo or some shit?

The best leaders don't just talk the talk when it comes to leadership, they lead by example. That's really all Jimmy Butler has ever done. If you don't care as much as he does or are willing to put in the work like he is, you get called out. At first that mentality earned him this label of being a bad teammate. In reality he was right the entire time and his postseason proved that he is in fact not the problem. There are a lot of teams in the league that could use their best player having a Jimmy Butler mentality. So while this may have been a corny post in previous years, that's the beauty of the bubble and how perceptions can change.

Plenty of guys would take a step back and just enjoy all the ensuing praise that was coming their way after a bubble performance like what Jimmy Butler had. It's pretty clear he is doing the opposite and this run is fueling him to get even better. That's the exact thing I would want from my franchise player.