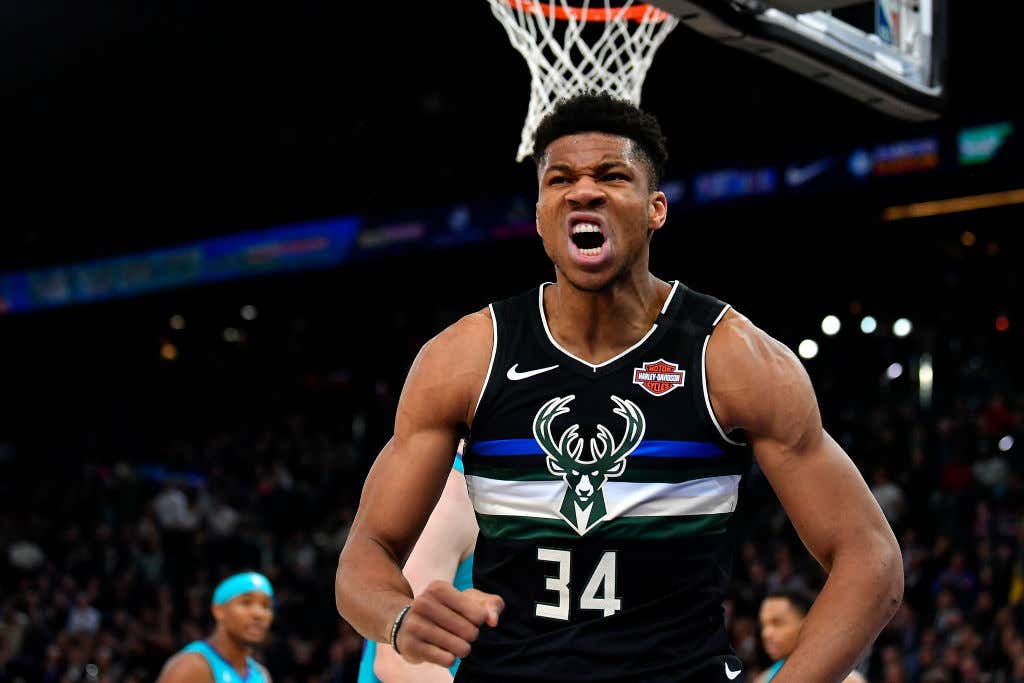 Now that we have officially closed the book on the never ending 2019-20 NBA season, it's time to look ahead and come up with our next wave of hot takes. The biggest question out there? Who is going to dethrone the Lakers who now sit atop the basketball world. They will rightfully enter next season as the favorites, even without any of the free agency moves/trades that might unfold over the next few months.

So let's take a look at how things currently shake out. These are the most up to date odds you'll find on the Barstool Sportsbook app which everyone should go download right this second. For the sake of this blog, these are the odds I'll be using. 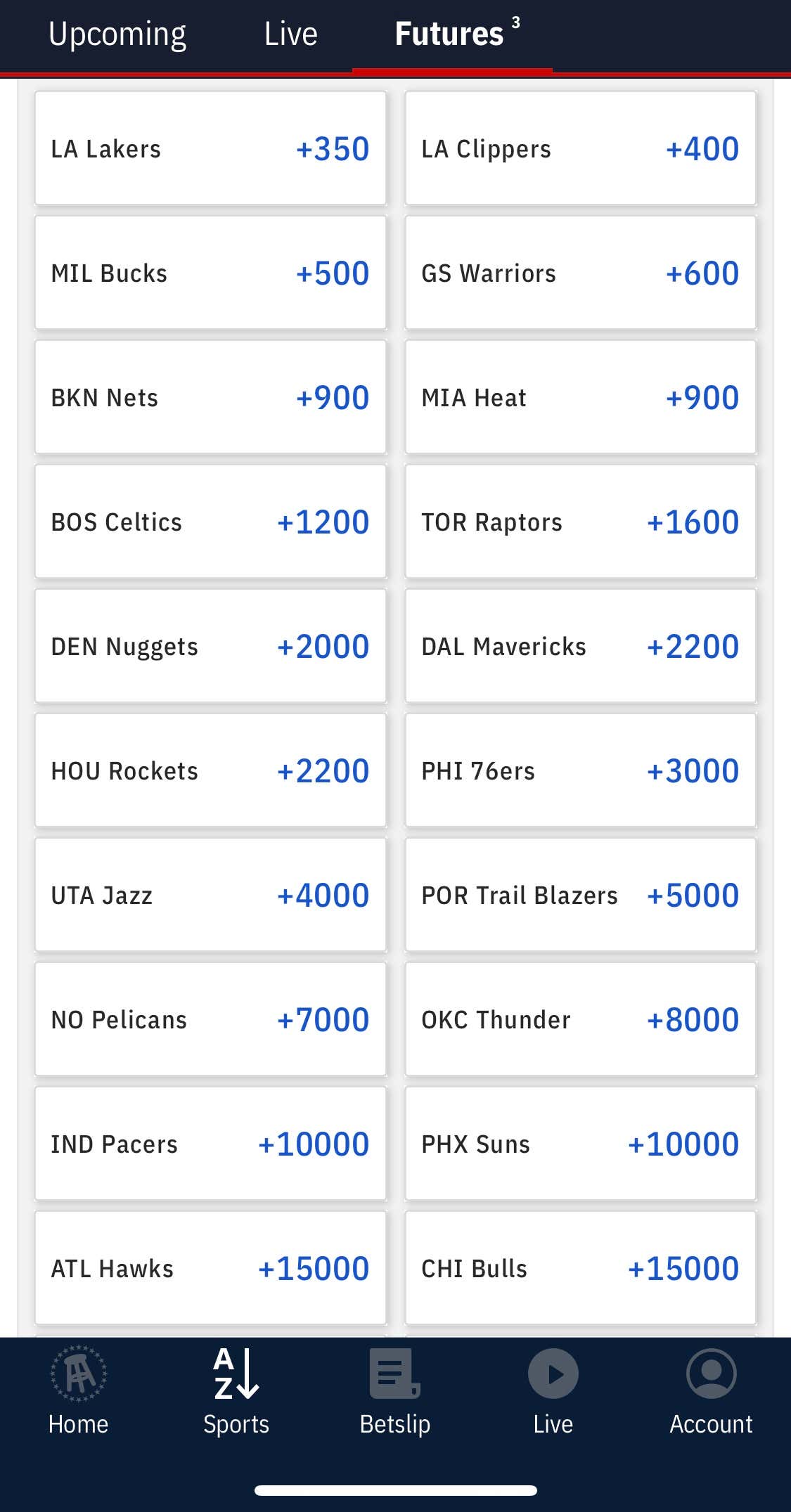 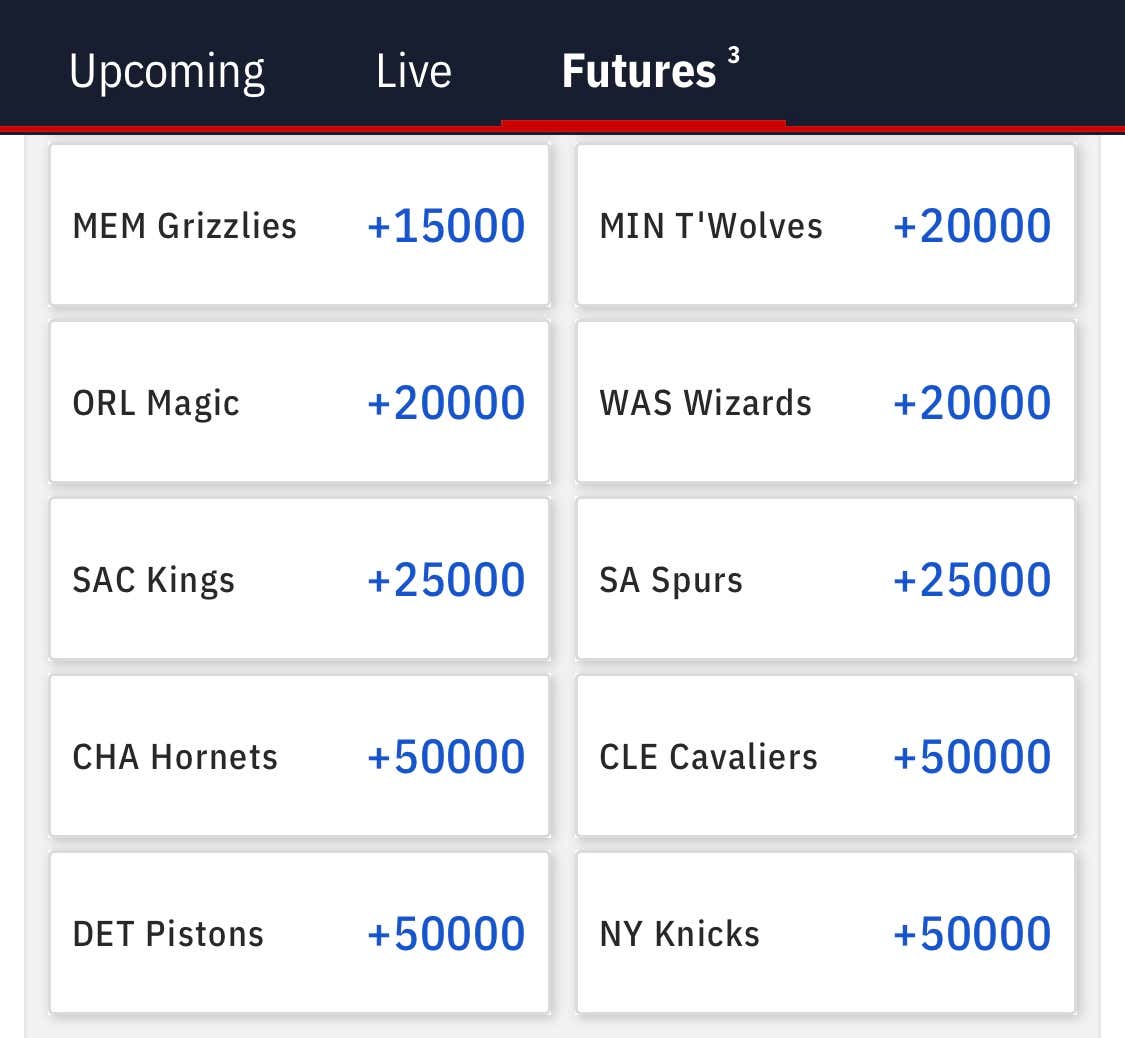 Lot of respect for the Brooklyn Nets who are going to be relying on a post achilles injury Durant and an often injured Kyrie Irving all under the watch of a new head coach. To me, few teams in the NBA have more pressure than the Nets. They basically need to make the Finals in Year 1 of Kyrie/Durant playing together. Seems a little aggressive to have them with the same odds as the team that ya know, actually just made the Finals and took out two of the top three seeds to get there. Remember, the Heat have space to add to their roster.

Obviously the Bucks chances are tied to what happens with Giannis, but if he stays I think it makes the most sense that they be the favorites to come out of the East. Same with the Clippers. I know they choked and are the butt of everyone's jokes right now, but that team will still be good. They have the combination of depth/height that could potentially be a factor against the Lakers.

The wild card to me is the Warriors. If you assume they get back to looking like the monsters they were before Durant got there, they provide an interesting challenge. One of the big reasons the Lakers won this title is because their size was too much for the Heat to handle. They also sprinkled in some timely shooting, but the size issue was a real factor and probably isn't going away any time soon. The Warriors are the exact opposite. You look at their current roster and they are not built to handle the Lakers' size. Maybe that changes in free agency/trades, but we're going to see if their small ball approach trumps the Lakers old school size. The Heat struggled with it, but they are also not Klay/Steph/Draymond.

To beat the Lakers you need this combo type of approach. You need to be able to shoot the ball and be a threat from deep, but you also need some legit size or LeBron and Anthony Davis is going to bully you for a full 48. That's why a team like MIL (w/ Giannis) would be an interesting matchup. They have both of those things. Same thing with a team like DEN or DAL. If the Heat add some size somehow, they should be there as well. I'm not even going to talk about my Celts, despite the fact they played the Lakers close in both of their meetings this season. I'm still mad at them for how they choked in the ECF. If the Nets are truly healthy all year and they also make sure to bring back Joe Harris, they are an interesting matchup as well. Their roster has that mix of elite talent, outside shooting, and size.

If I had to choose, I feel like the answer has to be a healthy Golden State. They've actually proven they can win a title and get past LeBron despite playing small ball. I don't know how they do it again only this time with Anthony Davis mixed in unless Draymond goes back to his DPOY days. I just think we're in line for a big time "fuck you" response season from GS. Everyone spent all season getting their jokes off, it feels like we're in store for MVP caliber Steph and everything that comes with it. If they flip Wiggins/#2 for a legit big as well? Well that's a WCF I would love to see.

So who do you got. Who could you see actually standing in the way of a Lakers repeat?