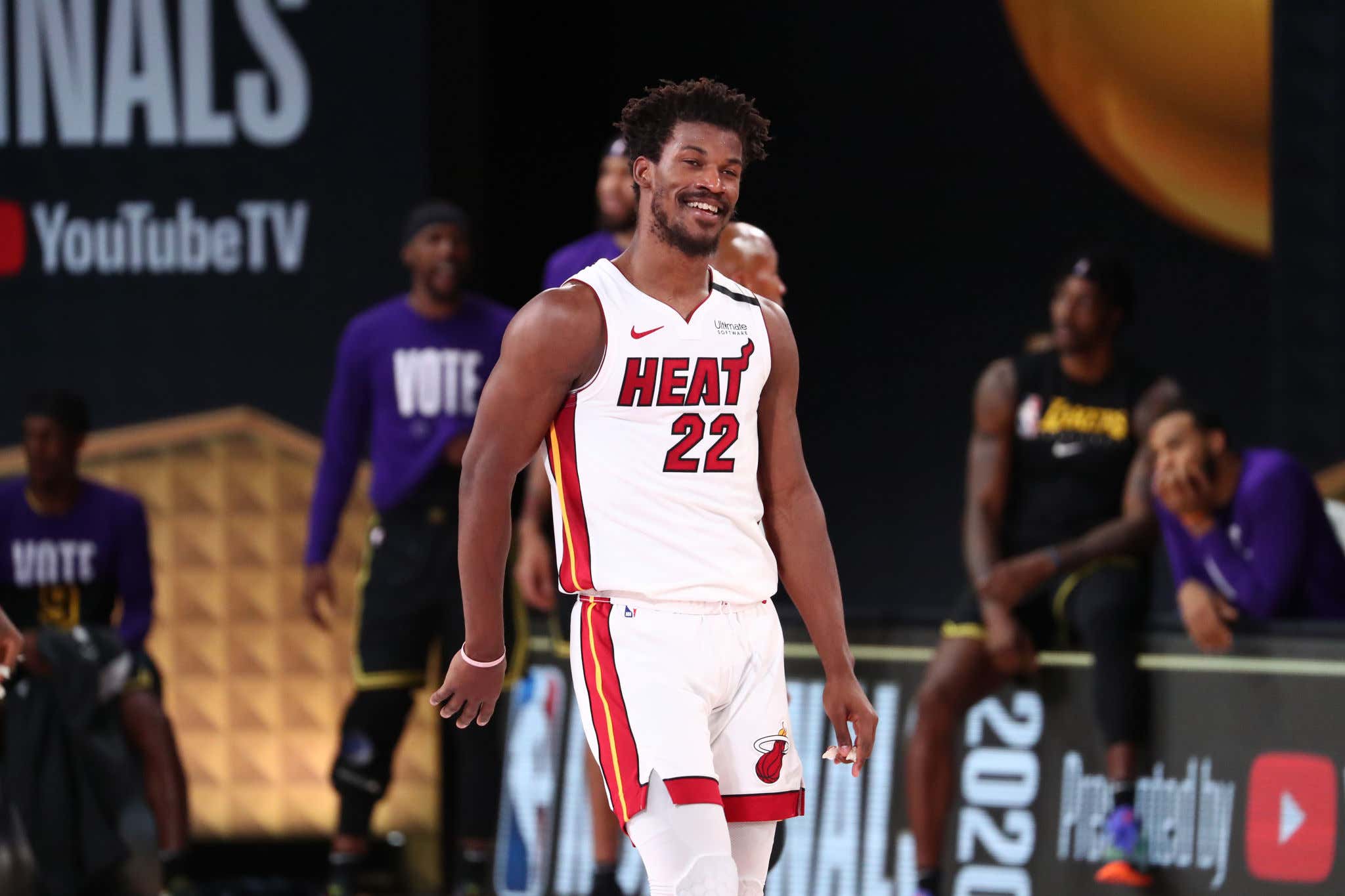 Good morning everybody happy Saturday and welcome back to another edition of Last Night In The NBA where we bring you up to speed on everything that went down from the night before in the Association. What else is there to really say other than…..holy shit. To think there are people that are choosing to not watch the NBA Finals and not only that, but brag about how they aren't watching the NBA Finals, talk about a self own. You are missing some great basketball and last night might have been one of the best Finals games we've had over the last 10 years. I'm not being a prisoner of the moment or hyperbolic either. Game 5 last night was an instant Finals classic. A total of 16 lead changes and 7 ties, this thing was tight the entire way. By now you should know the drill. If for whatever reason you got busy or maybe a little to hammered and blacked out and missed the action, keep reading because here's what happened.

First things first. The Lakers are still in the drivers seat in this series. Sure it stings that you threw away a chance to win your 12th championship and the whole switching up the Mamba jerseys thing kind of backfired and your fanbase looks silly after spending the entire day on Friday talking about how they already won the title, but the Lakers are still in a good spot. It's true there is now a whole lot more pressure on Game 6 and for the Lakers to close the deal because anything can happen in a Game 7, but this loss certainly isn't the end of the world…..yet.

But now that we got that out of the way, how about the goddamn Miami Heat. When people talk about their toughness and how they don't quit and how they will scratch and claw to the end, it's not bullshit. You saw it in Game 5. Jimmy Butler played 47:12 of 48 minutes in the biggest game of his life, and as a result had another insane Finals performance. I said before the game that he needed to be closer to Game 3 Jimmy Butler than Game 4 Jimmy Butler and holy shit did he deliver

This is nothing new to anyone who has watched the Heat play this postseason. They have been the best clutch time team in the league and I'm not sure it's close. That's why their Game 4 loss was so weird when they sort of fell apart in the clutch. Well how does a 166 Ortg / 90 Drtg sound? That's what they did to close Game 5. Butler and LeBron were going blow for blow, with Jimmy Butler somehow finding a way to respond each and every time

For the Heat to pull this off, they basically need to play perfect and their shooters need to find their rhythm. They were pretty close to perfect last night and it sure as shit looks like Duncan Robinson has found his stroke at the perfect time

This was the Robinson I remember seeing in the ECF. A huge 26 points on 7-13 from deep that couldn't have come at a better time. It wasn't just those two though, the Heat got just enough from their secondary scorers to stay above water, whether it was 14 from Herro or 14 off the bench from Kendrick Nunn, this time it was the Heat's "others" who proved to be the difference maker just like it was for the Lakers in Game 4

But back to Butler for a second. Remember how the Lakers made the adjustment of putting AD on Butler? He talked about how he wanted to be glued to Jimmy or some shit so he could shut him down? Well he guarded Butler on 32 possessions last night and Butler finished with 15 points on 6-10 shooting. If he's not 100% for Game 6, I'm not sure I do that again because Butler appears to have figured something out.

The Heat nearly ran out of gas in the fourth quarter, they blew a nice lead to start the final 12 minutes, got down 15-8 at one point and somehow found a way to gut it out. Turning up their defense was a big part (forced 6 TOs), but they shot just 35/33% in the final frame. They were clearly running on fumes but somehow Butler dug deep and carried them over the finish line. What a way to close.

For LAL, let me just say that this is fucking pathetic

Hearing the Lakers cry about calls that were 100000% fouls is such a bad look after a loss like this. Remember, this is the same team that sent a memo to the league complaining about LeBron not getting calls so it's par for the course for them. Any Lakers fan crying about the officials should be embarrassed because remember when they got on Nuggets fans for doing the same thing in the WCF? Those two calls didn't lose you the game. Your poor execution down the stretch did. Your bench players not showing up did. Nobody being able to stay with Duncan Robinson did. Have some accountability for me one time.

Unfortunately the Lakers wasted another all time Finals performance from LeBron, the dude was a monster from start to finish

40/15/7 on 15-21 shooting and 6-9 from three, LeBron was locked in for sure. And I know all people will talk about today is his pass to Danny Green, and let me be perfectly clear on this. You can despise LeBron all you want, but if you have an issue with that play or think he shouldn't have made that pass, you're simply being an asshole. Jordan did it too. The fact is Danny Green is a proven playoff three point shooter and was WIDE OPEN. You make that pass every single time. It's the right play. If he didn't and LeBron missed that shot, everyone would say how selfish he is and that Jordan trusted his teammates in that spot. It's a lose/lose for LeBron no matter what he did. But if Green makes that shot it's not a problem.

It's not often that LeBron can have a night like he did, and AD does this

and the Lakers still lose. The issue was they needed their supporting cast to find a way to just hit timely open shots. They did it in Game 4 and look what happened. Last night? Completely different story.

The bench grouping of Rondo/Kuzma/Caruso/Morris combined to shoot just 5-22 on the night. That's brutal when you consider they also had 7 TOs. There's your ballgame right there. LeBron/AD did their thing. They showed up. But the supporting cast choked, no other way to say it.

Which brings me back to the final possession

You want to get on Green for missing that shot? Go ahead. But Markieff Morris what are you doing pal. Either shoot the rock or ya know….give it to a wide open LeBron. I've never seen a Morris twin pass up a moment like this to be the hero so I almost couldn't believe what I was watching. Maybe Jimmy Butler gets there in time to closeout on LeBron, but we'll never know. Just a disaster collection of events with an NBA title being so close. It's not as bad as the JR Smith moment, but it's in the same zip code.

And that's it! You are now caught up with everything that went down last night in the NBA. Game 6 is slated for Sunday and once again the Lakers will have an opportunity to close this series out. Something tells me Jimmy Butler has different plans.