This video is great. Straight out of 1933, pretty good quality considering we are talking about a video shot before World War II.

The play? It's awful, but that's how football looked in 1933. Haven't seen a roughing the passer like this in years: 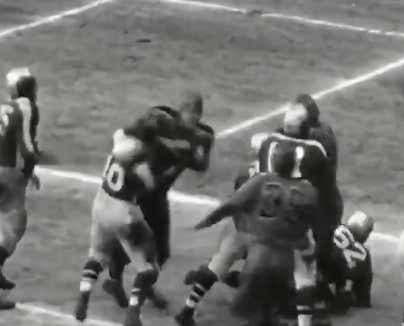 Is this the worst play in NFL history? Here are other examples of awful, awful plays:

This one from last weekend? So, so bad. I can't stop thinking about it.

Miracle At The Meadowlands:

I may be missing a few. I left off some obvious ones (Dan Orlovsky running out of end zone). Tried to focus more on dumb play calls than performance.