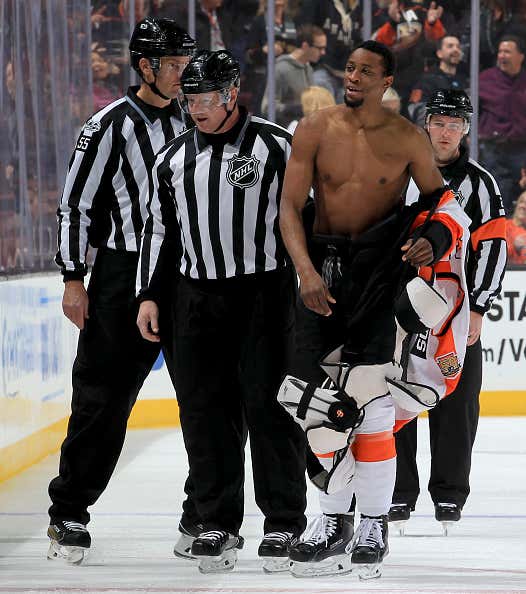 So much talent but that lineup is Charmin Ultra. So sure, Wayne Simmonds may not be a 30-goal scorer in this league anymore. But the Toronto Maple Leafs don't need him to score 30. They probably don't even need him to score 20. He just needs to be a tough son of a bitch who finally gives that team a little bit of a bite. Get greasy along the boards, crash the net hard, chuck some knucks and cave somebody's skull in if needed.

Hockey Twitter will tell you it's a shitty signing, but Hockey Twitter doesn't know dick about the game. This is a great move for the Leafs and a great move for Wayne Simmonds as well. This is the perfect opportunity for him to have a real impact on a real team again. Just keep your head on a swivel when you're playing Toronto, though, because Wayne Simmonds is looking to punch it directly off your shoulders.