About a month ago I was on the train headed home for the weekend to see some of my friends. I'm from Massachusetts and was coming from NYC, so it's about a four hour ride. I got bored and decided to hop on twitter.

I released a three part series of fake ads for "Quest Nutrition." Home of the Quest bar.

For obvious reasons (I'm fucking hilarious) people loved these tweets. They were a hit. A slam dunk! A grand slam! I hit it out of the park! A touchdown! A hole in one! (trying to win over the sports crowd).

Eventually after a few hours passed Quest Nutrition reached out to me.

Instantly I thought of multiple ways that my day could've been made better. 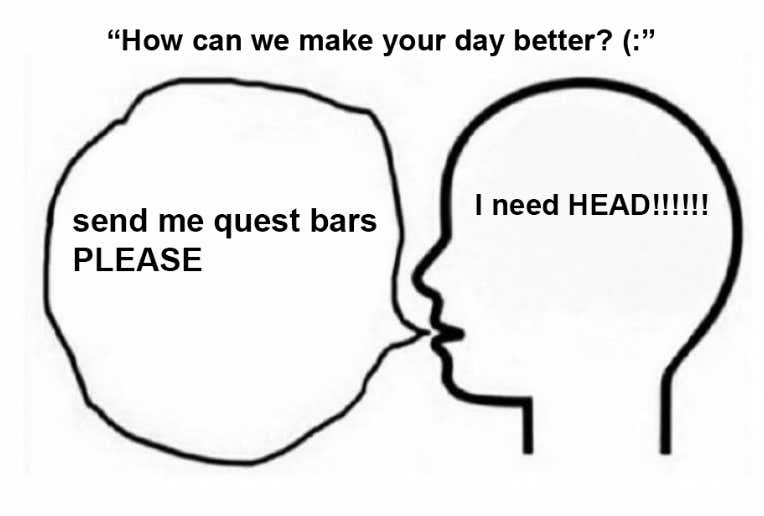 However, I decided the most appropriate answer in this situation would be settling for Quest bars.

Later that day me and Quest exchanged a few dm's where they basically confirmed that I was going to receive a PR package containing an assortment of Quest bars, a t-shirt, stickers, and even some Quest protein powder. I was quite excited for this.

Well now a month has passed and still no package.

Everyday I head home from the office hoping my package will be outside my apartment door, waiting to be opened. Everyday I get home and there's no package.

It feels like Christmas morning, but instead of running downstairs to a bunch of gifts under the tree, you run downstairs and there's nothing there. Nothing at all. Santa forgot to come. He skipped your house. He hates you. It's devastating.

As of today it's been a month since I was last in touch with Quest Nutrition. I went to send them a dm asking about my package and I noticed that they have unfollowed me on twitter.

I think it's safe to assume I will NOT be receiving my package.

Perhaps it's because my followers bullied the person running the account and said I'd be better at the job than they are. 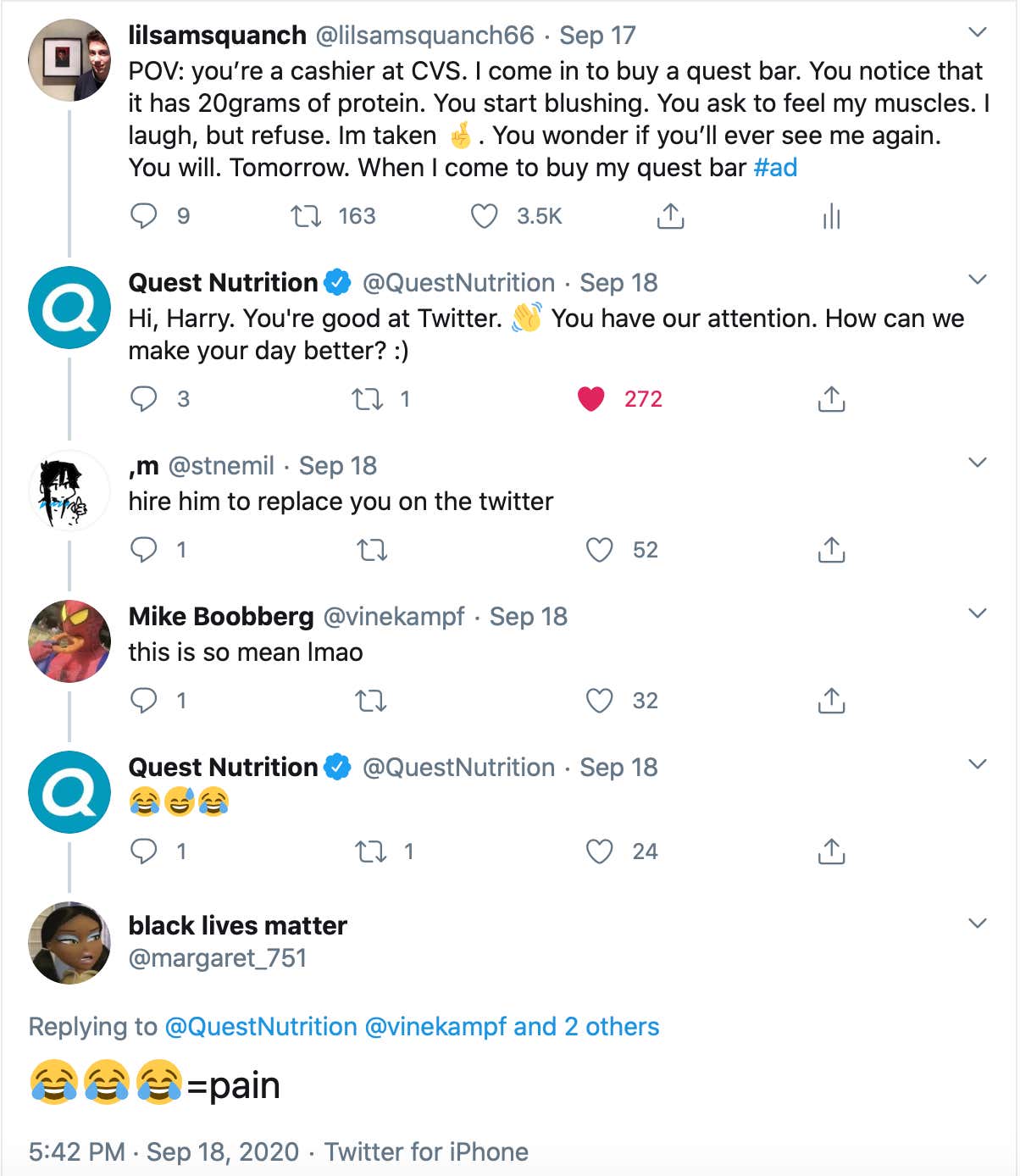 I decided to reach out to them one last time just incase they forgot. 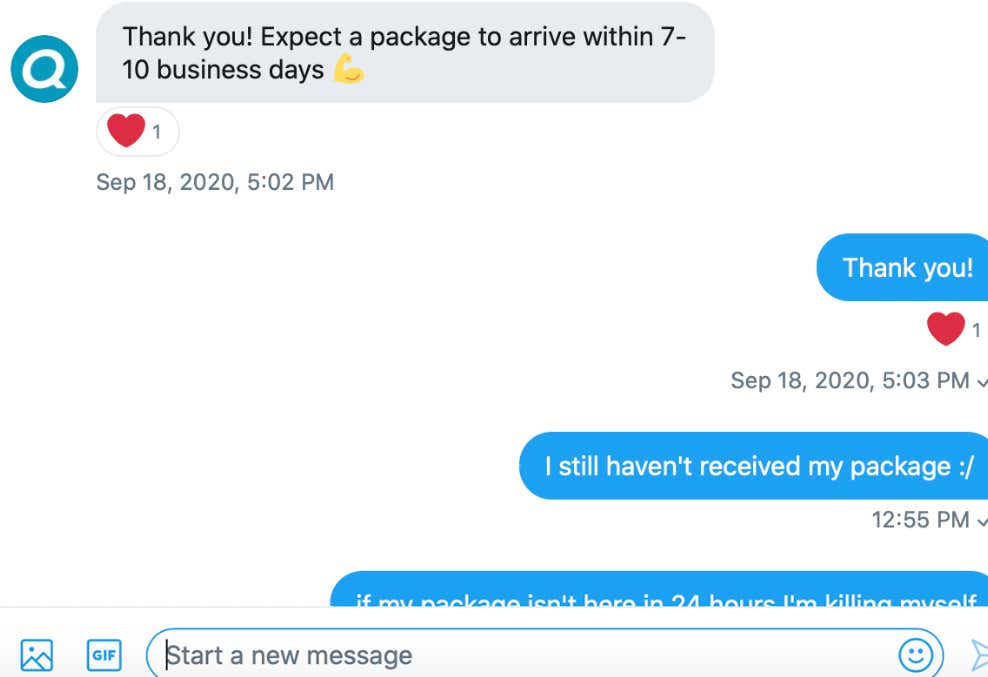 I'm not sure what will come of this but I hope I get my package.