Source - Elephant Seal Flops in Street in Chilean Seaside Town. A large elephant seal was seen floundering in the streets of Puerto Cisnes, Chile, before the Chilean Navy directed a rescue operation to take it back to the ocean.

I promise you I'm not exaggerating when I say that was one of the most shocking videos I've seen all day year. Did anyone know elephant seals were that big? No, right? I mean that thing is the size of an F-350. Literally... 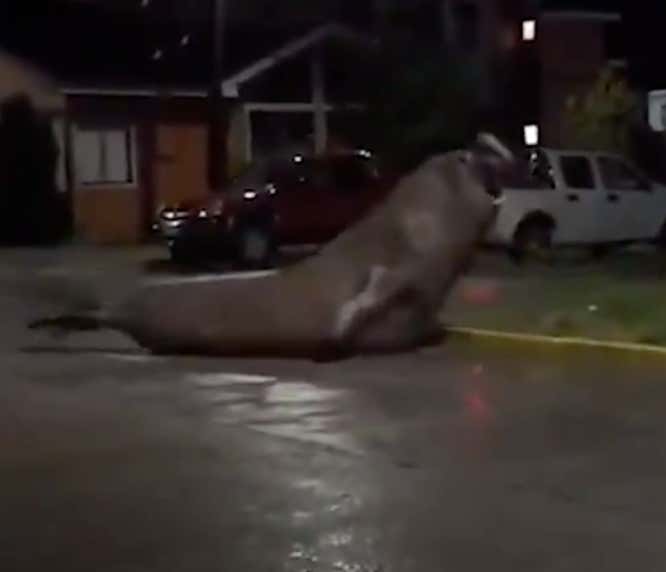 The goddamn Chilean Navy had to guide it back into the ocean because they didn't have any bullets big enough to put it down.  Thank god no one got in it's way. Especially considering how ruthless they are….

As a side note, it's a very slow internet day but you probably already knew that. Thanks for reading!