With the Braves and Marlins squaring off in the Postseason for the first time since they met in the 1997 NLCS, some of the "highlights" from that series more than 20 years ago have been making the rounds online. But none went more viral than whatever the hell this performance from home plate umpire Eric Gregg was in Game 5.

That video is more than 2:00 long and each call gets worse than the previous one. It's truly unbelievable. I'm thankful that I was only about six months old when this happened and not old enough to know what was going on, because I might have had an aneurysm if I had to just sit there for three hours and watch that happen.

Just look at some of these calls. There are balls well into the others batter's box confidently called strikes. 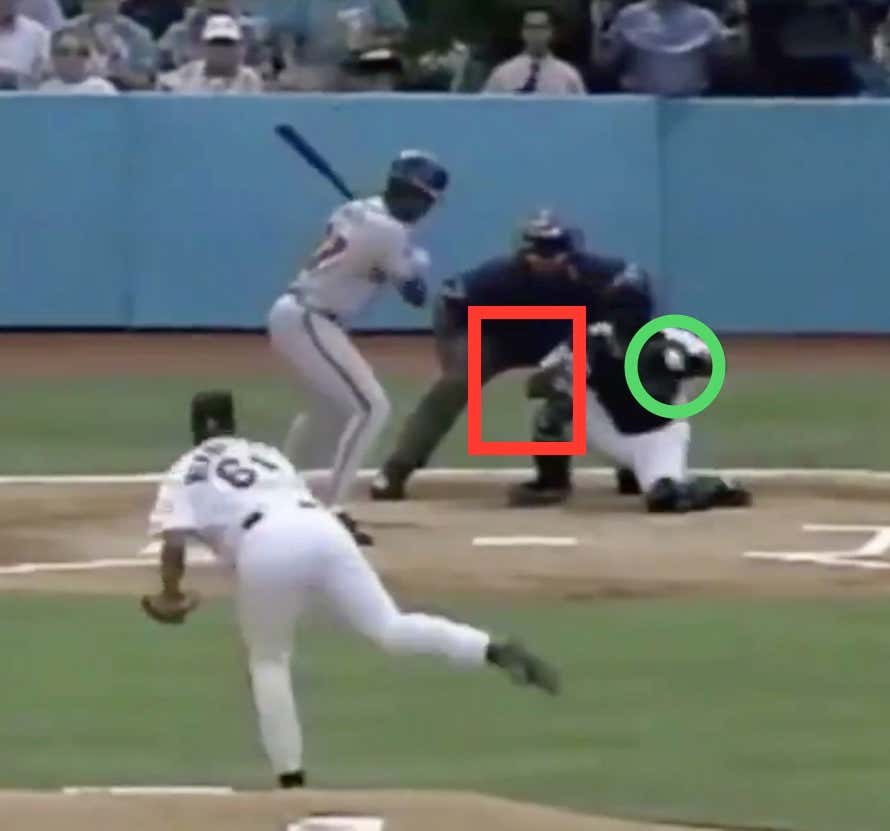 Literally the only thing you can say in Gregg's favor is that he was at least relatively consistent, I suppose. If you're going to completely disregard the rules of the game, at least do it for both sides.

I would say, "Can you imagine what would happen if social media was around during this?" but we had an umpire yesterday watch Adam Duvall take four balls and just not count one somewhere and screw the Braves out of a baserunner and nobody seemed to care — if that had impacted the game, I really don't know what I would have done.

But give it up for Eric Gregg. The guy is still being talked about nearly a quarter of a century later, which is what all horrible umpires dream of.