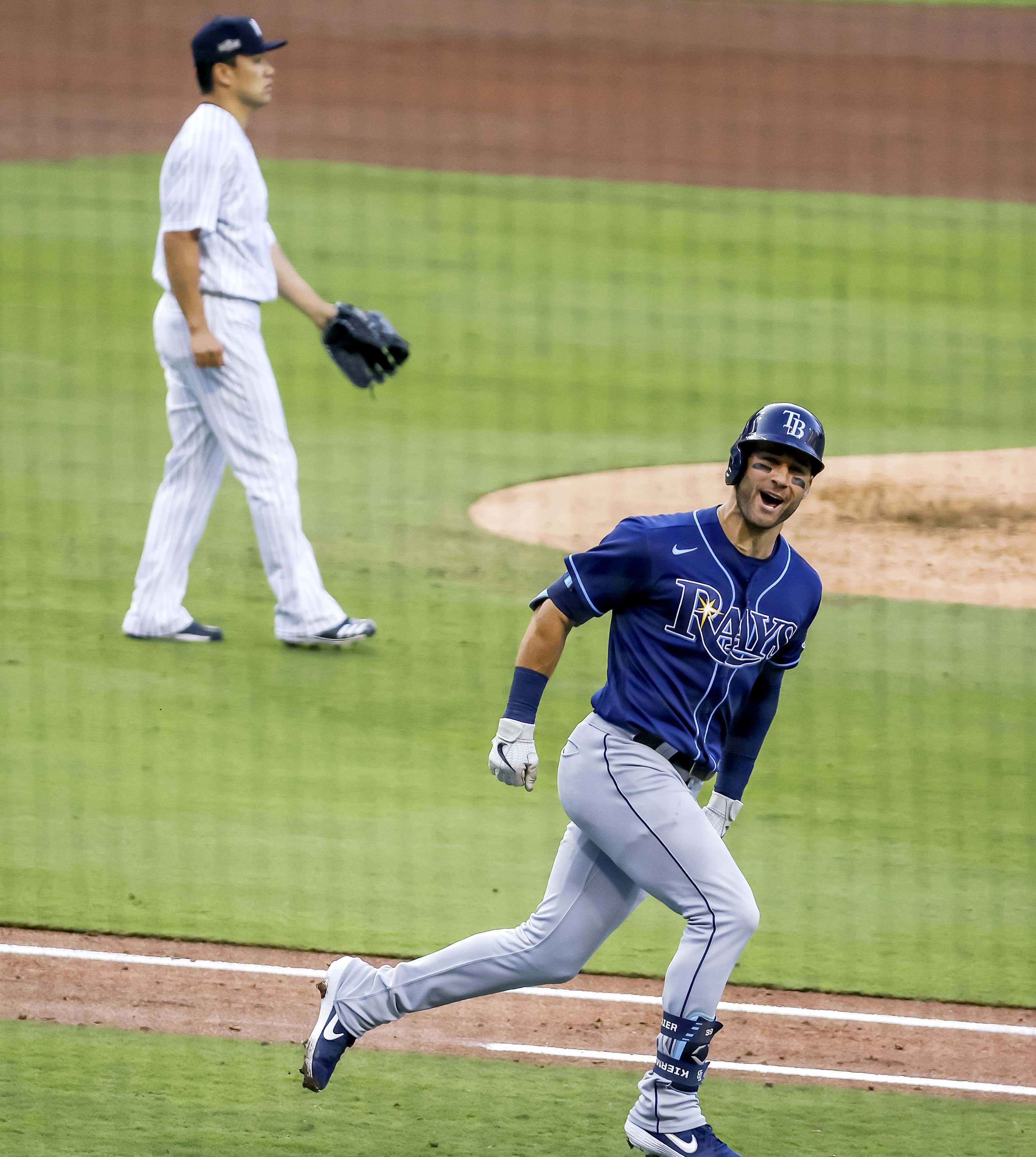 That sucked. No way around it, the Yankees were just outplayed by the Rays in every facet in Game 3 of the ALDS. Masahiro Tanaka started and was not very good. He left a lot of balls up in the zone that the Rays were hammering. The Playoff Tanaka that we all have grown to love did not show up on Wednesday night. Sure he was the victim of a terrible ball 4 call on what should have been a strike em' out thrown em' out double play, but I'm not going to sit here and whine about that. Okay I will for like two seconds. Here's the still image of where the ball was caught for reference though. 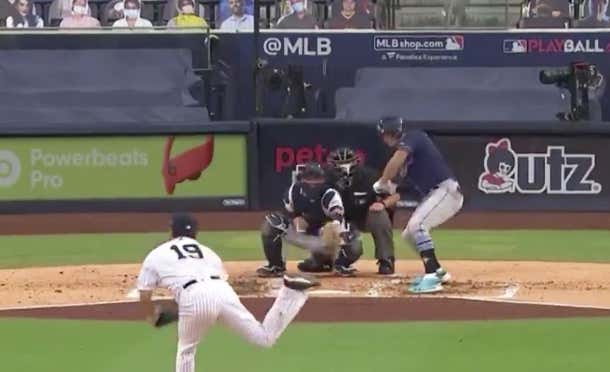 Did it change the game? Without question. Luke Voit had a very similar 3-0 pitch with the bases loaded, called a strike the half inning prior. 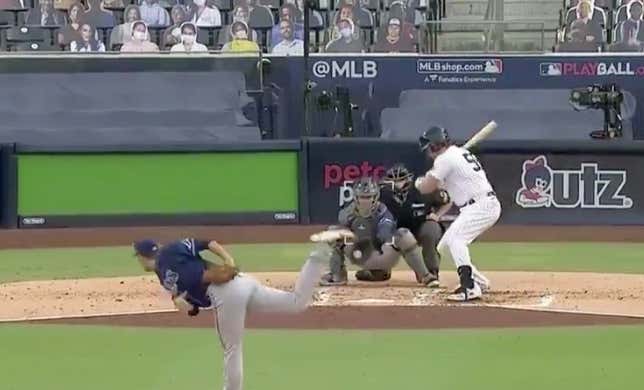 The pitches were similar (Voit's much more of a ball), but the result different. It absolutely changed the momentum of the game. Like I said, it did not lose the game, but would it kill the home plate umpire to be consistent? Not too much to fucking ask for. Either call both strikes or both balls. If your team was the victim of this shit you'd be losing your mind too in the moment. Don't deny it like you are right now reading this. It was some grade a bologna. Okay end of bitching.

The bats were silent in this one for the better part of the game. A late Giancarlo Stanton homer cut the deficit to four, but it wasn't enough. It sucks I can't even be excited about Stanton hitting a homer in five straight postseason games which set a New York Yankees record, because this team has lost all of the fire they had in Game 1. Stanton is having an historic October but it's on the verge of being wasted, go figure. Credit to Charlie Morton, he was excellent in this one. The Yankees could not touch him.

The Yankees now face elimination in Game 4 Thursday night. The inconsistent southpaw Jordan Montgomery gets the ball. What can you expect? A little over a month ago he faced the Rays at Yankee Stadium and didn't get out of the first inning. 2 outs, 5 hits, 4 runs, and of course he gave up a homer to Randy Arozarena. The Rays 3 hitter has quickly become the break out star of the postseason. I don't what the fuck is going on, but this dude is better than Mike Trout. He's hitting .600 with a 1.886 OPS. Every time he gets up it should must watch across the nation. Every ball is barreled. There's almost no way to get this fucker out. The 3-4 combo of Arozarena and Choi are destroying the New York Yankees. You just have to shake your end in disbelief.

For me I attack Game 4 and break it into thirds. Try and get 3 good innings from Jordan Montgomery. I've seen him pitch well before, we all have. I've also seen him get absolutely shit-pumped. Get me three innings and if you can do four that's obviously even better. Then bring in Deivi Garcia for 2-3 innings. After that bring in the big guns from the pen to end it. You've got to piece it together and get to a Game 5. Offensively? Just put the bat on the ball. The Rays will use Ryan Thompson as the opener for two innings and go from there. I'd expect Ryan Yarbrough to follow for a good chunk. Fact of the matter is I need better at bats from DJ, Judge, Gio, and Voit. Basically everyone besides Stanton and Hicks needs to snap out of it. If they don't the season is over. Simple as that. Win or go home. Backs against the wall against the Tampa Bay Rays. What ya gonna do?