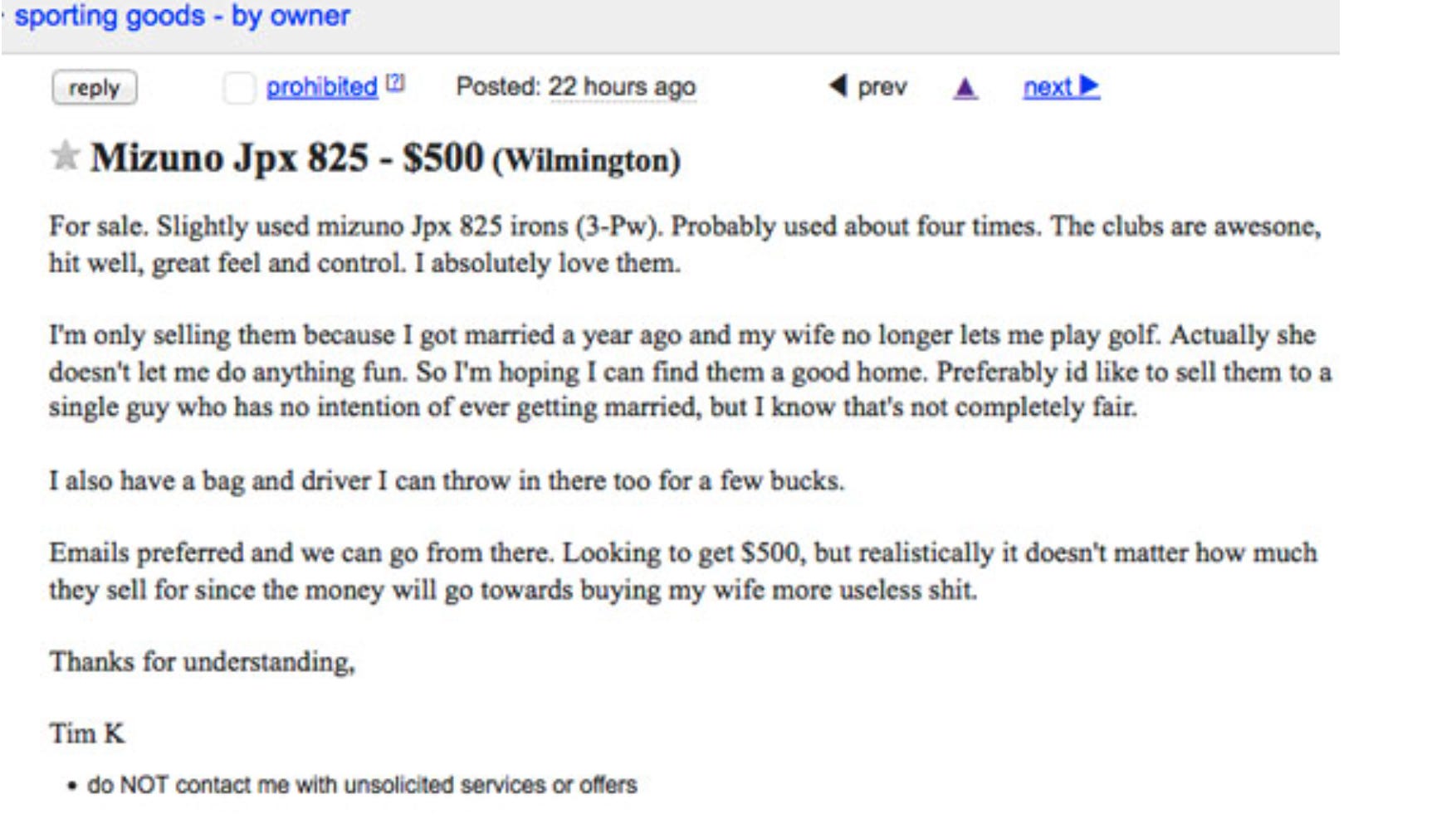 I’m gonna let you in on a little personal secret of mine.  For the longest time, there has been a certain TV clip that has scared the living shit out of me when it comes to marriage but it also gives me a weird sense of peace.  Every time I see one of my friends get engaged, I watch the clip.  Every time I get a wedding invitation in the mail (which is happening a lot now. I’m at that age where there’s a wedding every other day), I watch the clip.  It’s become a nice little ritual whenever a person I know is doing actual real world adult things and I’m still the same person now that I was when I was 9 years old.

This is the clip

In a weird way it makes me think, “Hey Trent, you’re a piece of shit but at least you can go to the bathroom without permission. don’t have to talk about your day and can eat a pint of Ben & Jerry’s on the couch in your underwear without judgement.”  The clip basically enables me and also tells me I should never get married if I want to continue living the way I want.

But you know what?  That Craigslist ad of the guy being forced to sell his golf clubs because his wife no longer lets him play might replace that Seinfeld clip as my go-to. I mean you can hear the pain in his writing.  He absolutely loves those clubs!  They’re in great condition!  He barely used them!  He wants to sell them to a single guy so the owner and his clubs don’t ever have to experience what he’s going through.  Hell, it almost sounds like he wants to give the clubs away for free because the money he does get for them, and I quote, “will go towards buying my wife more useless shit.”  He sounds absolutely miserable.  Tim K is living in a prison.  A man-made prison.  He’s doing time!  So the next time I get a Save The Date in the mail, I’m gonna read that Craigslist and continue on with my degenerate behavior.  Hell, maybe I’ll even watch the Seinfeld clip too.  Maybe I’ll watch it 50 times at full volume in the kitchen.  And you know why?  Because I can do whatever the hell I want.