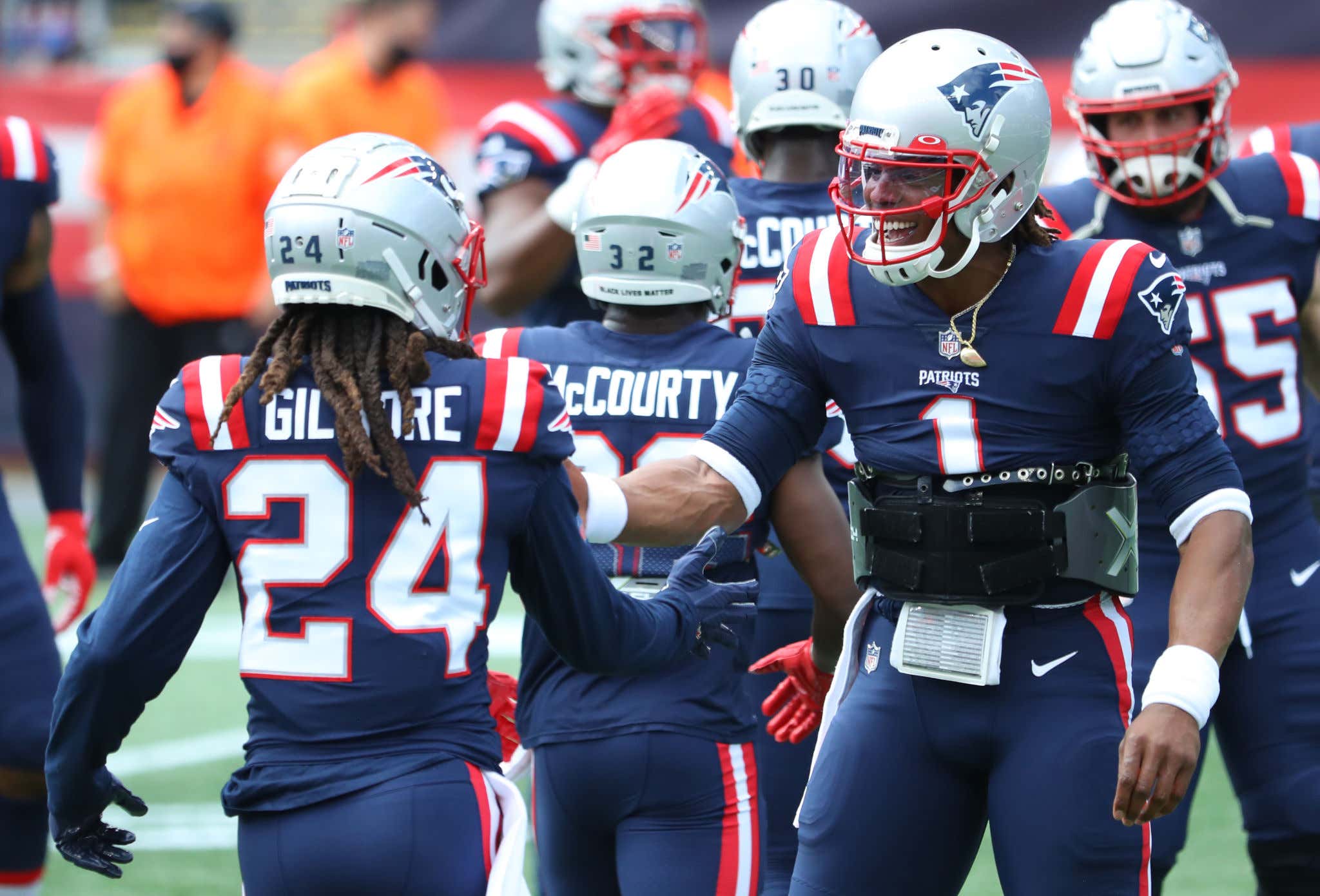 I'm not here to solve the entire world's problems. I'm not that guy on your Facebook who was the expert on climate change and Russian conspiracies and hoaxes back in February and then became the go-to authority on viral outbreaks, herd immunity and economics overnight because of some Twitter accounts he started to follow. I'm just a beautiful intellectual, trying to take care of my own little corner of the world.

This for a franchise that already led the NFL in most Covid opt outs before anyone even reported to camp. Just in case the road wasn't already steep enough.

One saving grace about Stephon Gilmore's positive test is that the plan to take both AirKraft One and AirKraft Two to Kansas City might have paid off because everyone boarded the planes according to who had come in contact with Cam Newton vs. who hadn't. Gilmore was one of the ones who had, so he was on the less crowded flight.

So there's a chance that if Gilmore did spread it, the damage might be limited? I guess? Make note, all of you business owners who are trying to keep your employees safe: You might want to invest in two customized 747s. You'll thank yourself later.

Of course, the plane flight is just one small part of this. As a matter of fact, I've heard that if you talk to people in the airline industry, they'll tell you those commercial flights are antiseptic now. Safer than they've ever been. If they're not  worried on an Airbus A220 with an economy class filled with dirty strangers, it stands to reason that a personalized jumbo jet with coworkers all spread out in Lay-Z-Boy sized seats is probably even better.

But that doesn't explain how a guy who is positive on Wednesday could play 56 snaps of full contact tackle football and not give his contagious virus to anyone. Including after the game:

He also covered virtually every one of the Kansas City receivers, made three solo tackles and assisted on three others. So the Chiefs were in a lot of the sort of physical contact with a Covid-positive person the rest of us don't have to worry about going to Home Depot. So yes, this is somewhere between a situation to monitor and a grave national crisis. That's a broad spectrum obviously. And where we are on it remains to be seen. But the next three days or so should be critical. Not only to the players, coaches, staff of both teams and their families, but to pro football itself.

If it's just Gilmore, meaning the damage remains limited to him, Newton and practice squad defensive tackle Bill Murray, then it'll be a miracle. And reportedly Gilmore, like Newton, is asymptomatic, which is a huge distinction and means he'll be back sooner rather than later. The team has canceled practice today to sort that out and I imagine they'll be taking more test than Hermoine Granger. Newton may be back for the Denver game Sunday, we'll know soon enough. After that comes the most appreciated and timely bye week in team history. So this may yet work out alright from a football standpoint.

If it's not just Gilmore? If it's more Patriots and more Chiefs? That will be the Jenga piece that knocks the whole tower to the floor. The NFL has already sent their Men in Black into Foxboro to investigate whether or not the team is following protocols. Bill Belichick was wearing so many face coverings Sunday I think he evolved a blow hole so he could breathe like a porpoise. It's not paranoia to say if it goes much further, they could shut down the Patriots for part of the season at least. If it goes deep into the Chiefs roster, you can imagine a doomsday scenario where they press "pause" the entire season.

Failing all of that, the opt out is still available for anyone who wants it. It's not a stretch to imagine more key players getting weirded out by their otherwise healthy teammates contracting a thing that they might then take home to their wives, kids and elderly relatives.

We are in a very precarious time right now. With a lot of future plans hanging in the balance. Like a friend of mine texted me, we might be in a world where the Lakers and Yankees win championships and the NFL season gets canceled. All any of us know for sure is that 2020 is not getting tired of kicking us in the crotch.