(Author's Note: Let me acknowledge the fact that Claudia Conway is 15 years old. I don't actually think her life should be turned into a reality show. But if it did, no one reading this can deny it would be a ratings MONSTER)

Truth be told, I didn't know who Claudia Conway was before she announced that her mom has Covid via TikTok

Kellyanne herself even makes an appearance in one of Claudia's later Tik-Toks, which she clearly wasn't thrilled about.

I knew Kellyanne was leaving her position as White House Counsellor to focus on what's best for her kids but I assumed that just meant she was working crazy hours and wanted more time to spend with her family. Turns out the Conways have a little bit more on their plate than long work days, specifically, being a political powder keg.  As you know Kellyanne is Trump's spokesperson, while her husband, George Conway, founded the Lincoln Project, a conservative committee dedicated to preventing the re-election of Trump. 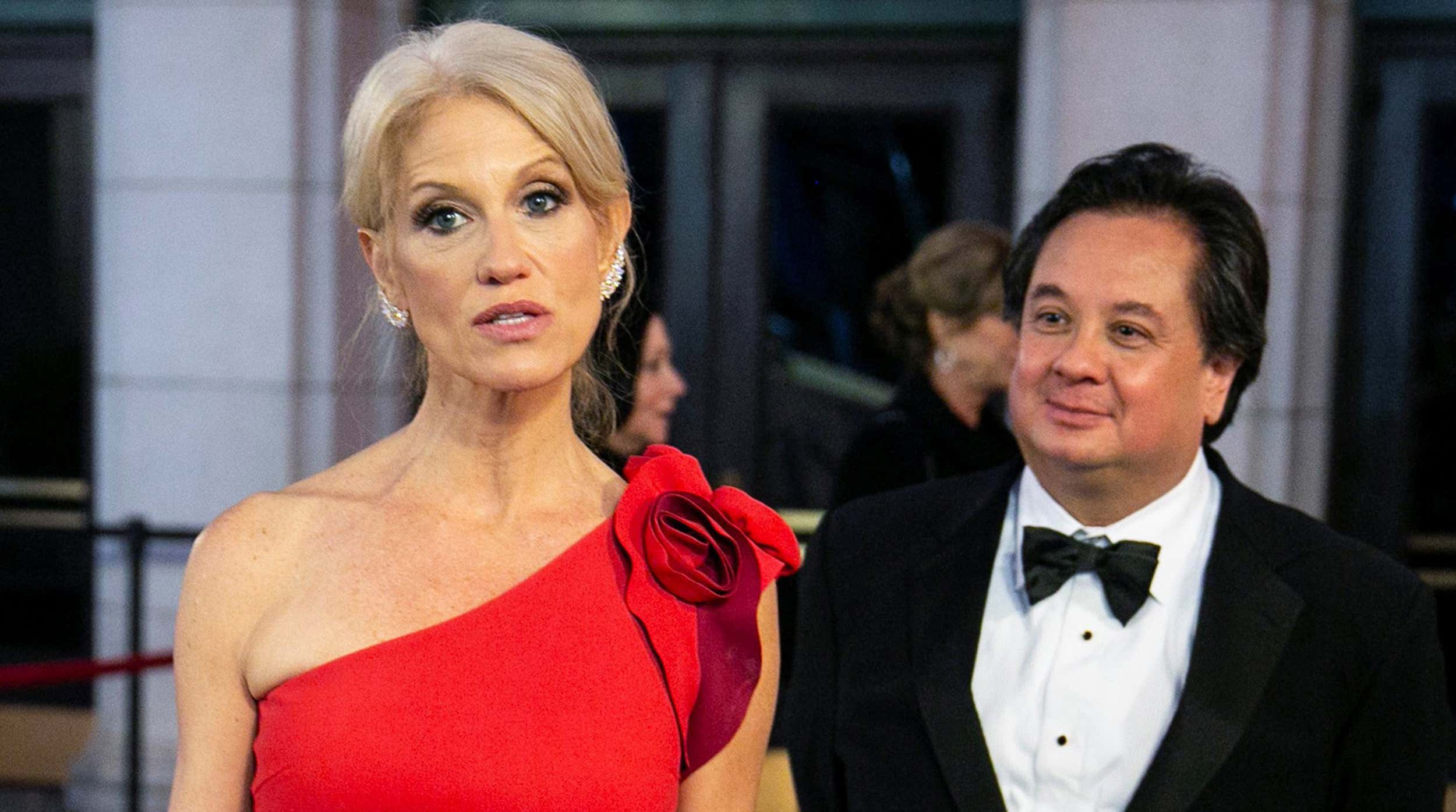 Stuck in the middle of their divisive relationship is Claudia, a social media loving 15 yr old who takes teenage angst to a whole new level,

and rightfully so. Don't get me wrong, I think it's entirely possible for a couple with differing political opinions to still be in a healthy relationship, but when the wife's sole job is to make the president look good, and the husband's sole job is to make the president look bad, the chances of a normal home environment start to deteriorate rapidly. I was lucky enough to grow up in a household where politics were rarely a topic of discussion at the dinner table, Claudia unfortunately doesn't have that luxury and she's not happy about it.

Interning for AOC to own your mom. SAVAGE.

Now just because Claudia clearly hates trump and by association, her mother, doesn't mean she's a fan of her Dad. She's 15 years old after all and if I know one thing about 15 year old girls, it's that they HATE their parents.

I truly feel bad for Claudia. She never asked to be wrapped up in this shit show. I'm sure she would much rather be firing out Tik-Tok like this

But there could be a silver lining to all of this. If I know anything about America it's that thanks to our obsession with reality TV, high profile drama = high profile $$$$$. In a politically divided country, our country craves a politically divided reality show. Enter, "Keeping Up with the Conways". Instead of having awkward political discussions at the Thanksgiving table, families across America would gather around to watch The Conways have even awkwarder political discussions at their Thanksgiving table. This show would PRINT MONEY in our current political climate. The last season of the Kardashians is coming up and sleazy TV producers are chomping at the bit for a new family to profit off of. I think they may have found it.

Now hopefully her parents aren't sick enough to cash in on their children's misery, but if they are, no one in that family would have financial worries for generations to come. And who knows, Claudia might be down solely for the gazillion TikTok followers she'd gain

and the Kylie Jenner-esque endorsement deals that would be sure follow. And if I know one more thing about 15 year olds girls, they love Kylie Jenner

*I know nothing about 15 year old girls and apologize for even pretending I do. It's creepy

Disclaimer: Once again I am not a proponent of ruining the Conway kids' lives for content. Just find that family fascinating and figured it was blog worthy.