Have there been worse strike calls? Sure. But this one is especially infuriating to me because CB Bucknor is umpiring a playoff baseball game and shit like this could make or break a team's season.

I mean holy hell. How is it that CB Bucknor has a job umpiring baseball games, let alone umpiring playoff baseball games? It's ASTOUNDING to me. He (among others) routinely fucks teams over with bullshit like this. I was wondering if there were any anonymous polls or votes by players that ranked the worst umpires in baseball, and this is what the first few hits were: 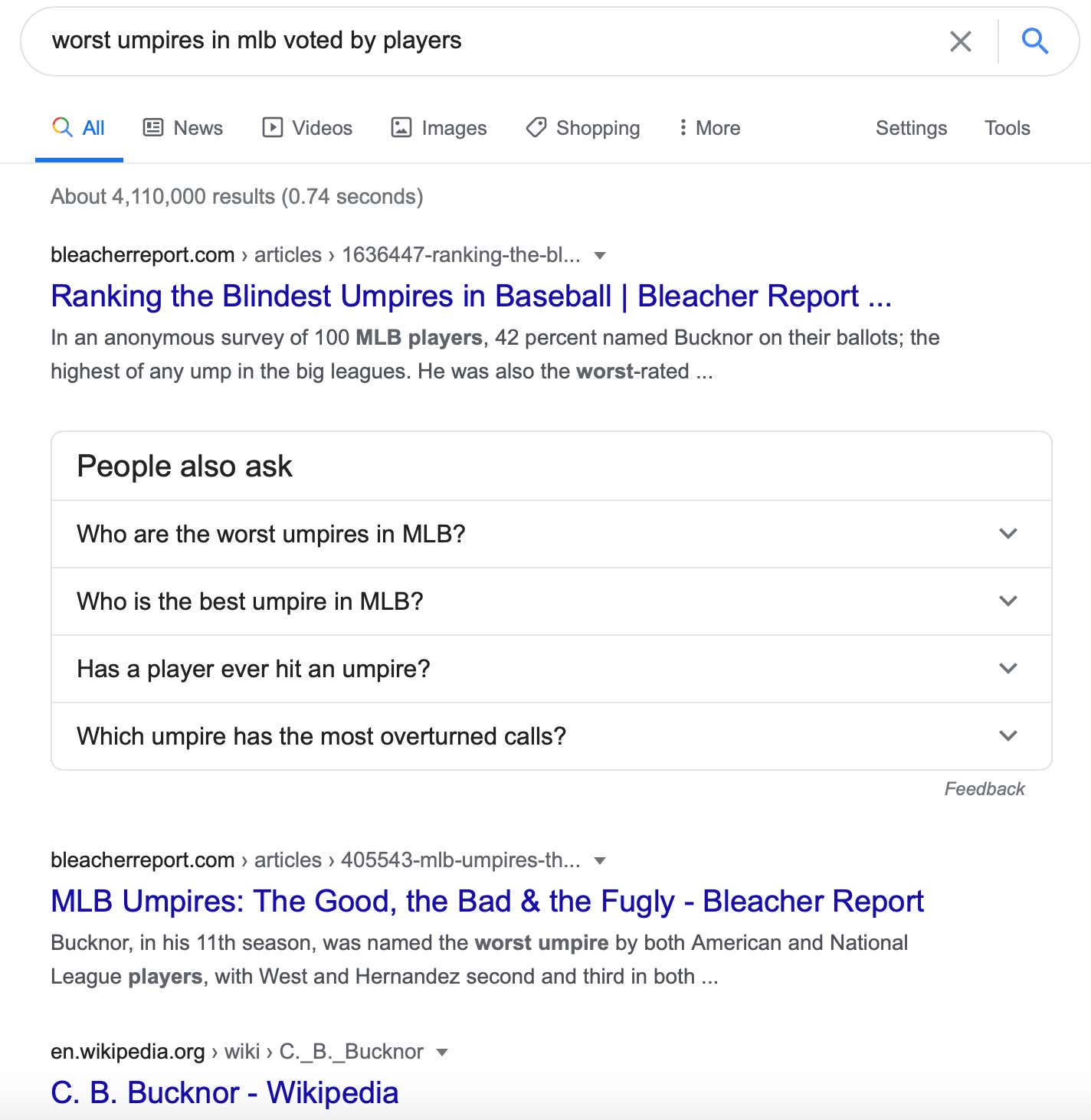 B/R ranks Bucknor and Hernandez as the two worst umpires in baseball if you care to google it, but you shouldn't need to. Just take my word for it. Also hilarious CB Bucknor's wikipedia page is the third site you can click. Just awful. Fucking go to robot umpires or get rid of clowns like him and Angel Hernandez, who is my most hated umpire, personally. Anyone as bad at their jobs as Bucknor and Hernandez are at theirs are out of work. It's as simple as that. Former Yankee Jeff Nelson knows what's up:

Shit like the call I started the blog with infuriates me. Sure the batter eventually got on base anyways, but it doesn't matter. It's just gross that these guys are allowed to umpire.

TBT to Hawk going batshit on him:

Oh and PS, forgot about this call from earlier:

Yeah it was a strike but no professional umpire on earth is/should be calling that a strike since Sanchez basically whiffed on the pitch. Bucknor totally blows