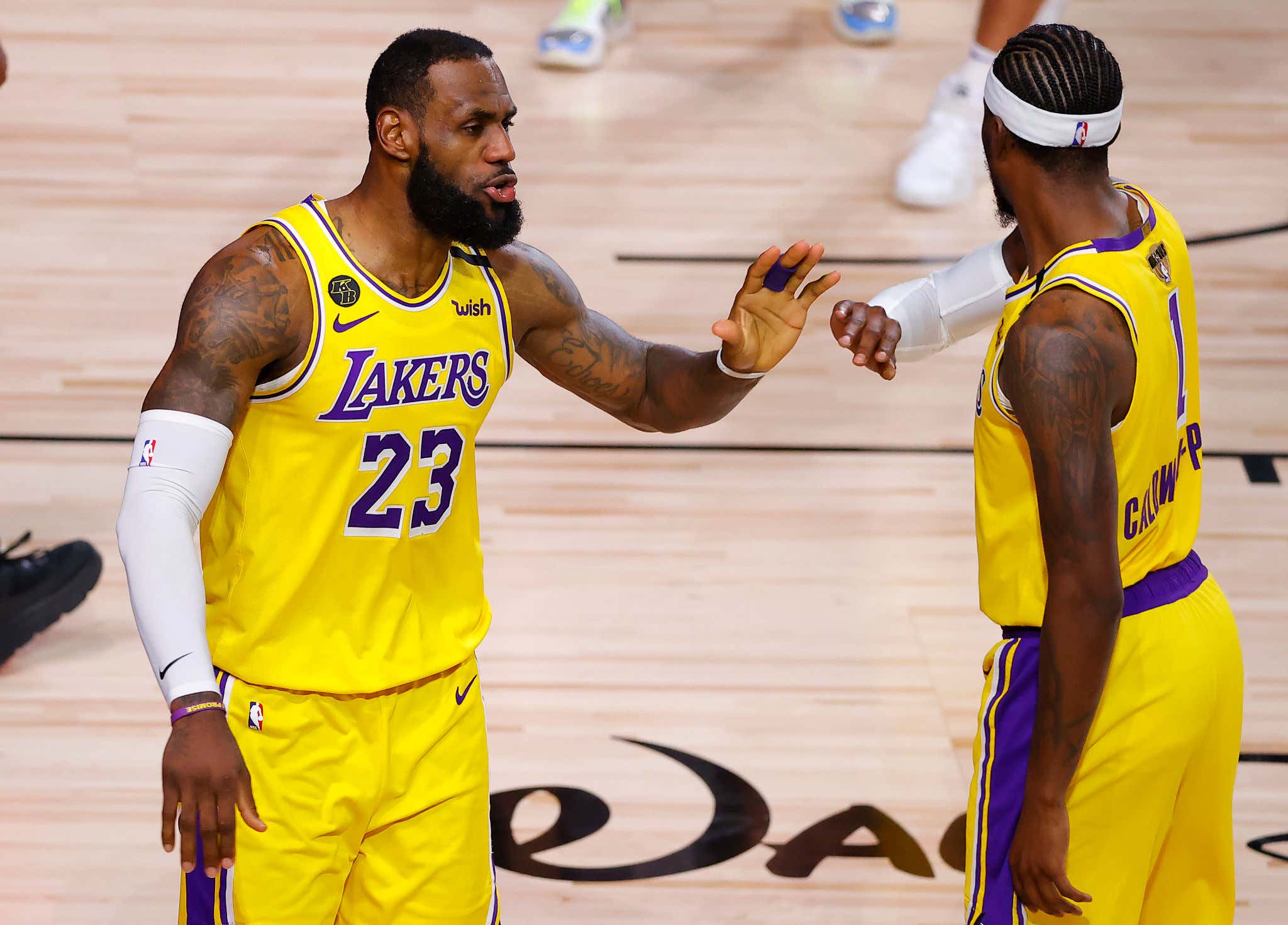 There was a lot of hype heading into Game 4 with Miami snagging a little momentum coming off of a big Game 3 win and the return of Bam Adebayo. And just like we all thought these two played one hell of a competitive game. A damn shame these two teams weren't healthy the entire series but I can assure you Lakers fans don't give a shit now that they are up 3-1. Huge play after huge play in the fourth quarter not just from LeBron James, but how about KCP! After Jimmy Butler missed a wide open corner three that would have given the Heat the lead late in this game, KCP immediately made a huge corner three of his own on the next possession

and then an even bigger layup on a blow by of Duncan Robinson to make it a 5 point game with about 2 minutes left. On a night when the Lakers started the fourth quarter going 0-8 from deep, they did what they had to do to out execute the Heat down the stretch and steal this win. Now they sit just one win away from securing their 12th NBA championship as the Los Angeles Lakers.

You have to give credit to the Heat, they fought like hell, but they picked a terrible time to have a brutal offensive quarter. Just 23 points in the fourth, these were the scoring droughts I talked about earlier today. The Heat basically need to be perfect in order to pull out wins and they simply ran out of gas. Too much Kendrick Nunn at times (2-11), they shot just 10-31 from three, and once you saw that they didn't have a lead after the first half despite LeBron/AD not doing much, deep down you knew they were in trouble. The return of Bam kept things close, Jimmy Butler threw up an efficient 22/10/8, but now they have a huge hill to climb with their season on the line.

If there's one thing we know about the Heat is they are going to bring it once again in Game 5. We've seen teams blow 3-1 leads so far in the bubble, but I'm not so sure you can bank on that happening to a team with LeBron James and Anthony Davis. The Lakers needed to respond tonight to regain control of this series and that's exactly what they did. Credit to them, their supporting cast showed up when they had to. Their team defense was incredible in the biggest moments. Now they have just one more win to go.

It all comes down to Friday. The Heat are going to need a miracle.