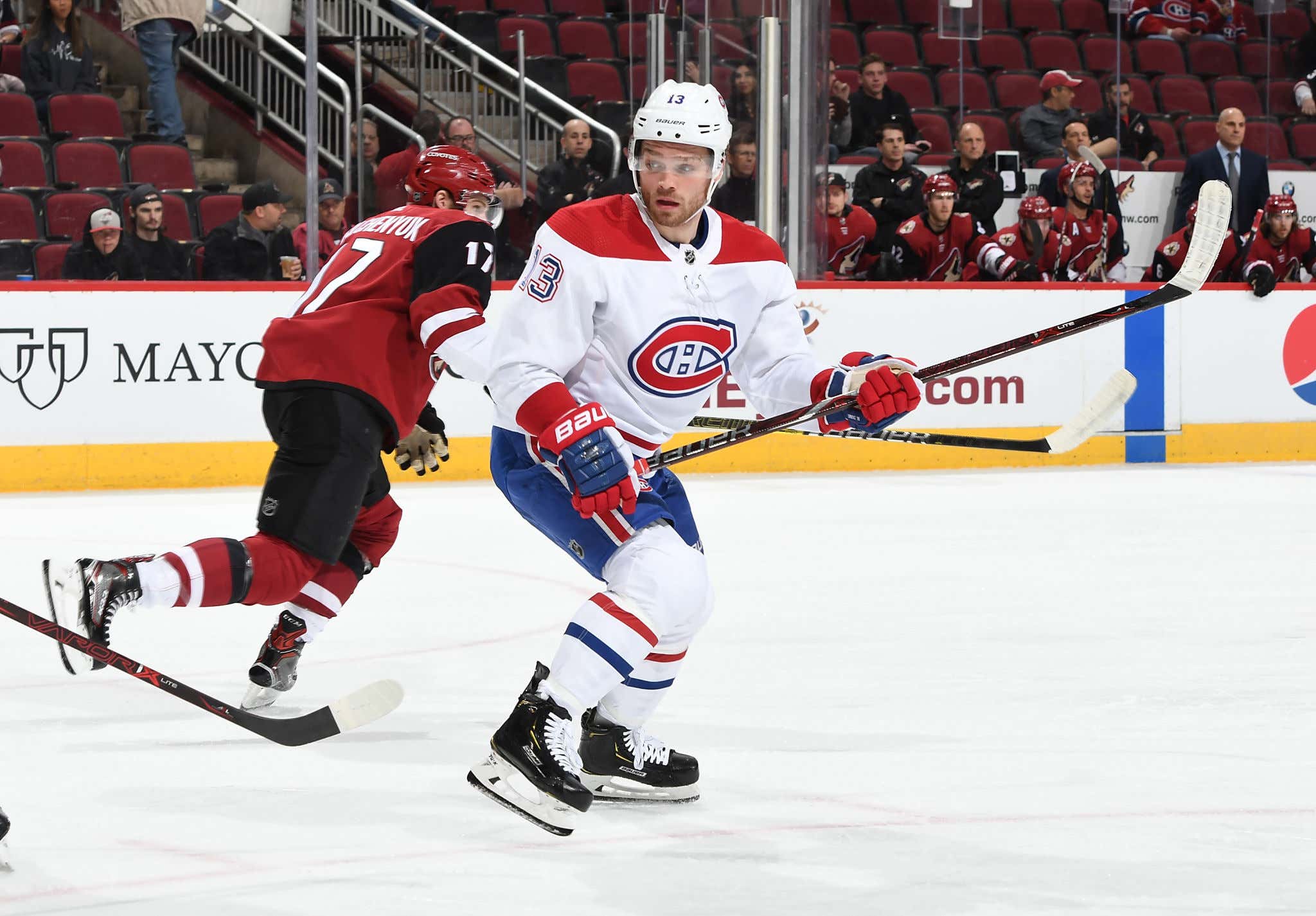 It was a week before the 2018 Draft. The Montreal Canadiens sent Alex Galchenyuk to the desert in exchange for Max Domi. The trade was 1-for-1. And at the time, I thought maybe Marc Bergevin could have gotten a little more than just Max Domi in that deal. Galchenyuk's value was definitely plummeting the longer he stayed on the trading block and the fact that he seemed to be on the trading block for like 3 years certainly didn't help. But it still felt like Arizona made out a little better in that trade at the time.

Then Alex Galchenyuk went on to have a super inconsistent year with the 'Yotes where he put up 19 goals and 22 assists in 72 games. Not god awful production, but I'm sure Arizona was hoping they were getting the 30-goal scorer version of Galchenyuk. So they packaged him in a trade to Pittsburgh for Phil Kessel. Galchenyuk never worked out in Pittsburgh and was traded this past February to Minnesota for Jason Zucker. So Galchenyuk is now already 2 teams removed from that trade on June 15, 2018.

Then we get to Max Domi. In the first year of that trade, Domi took off and put up 28 goals and 72 points in the 2018-19 season. The Habs didn't make the playoffs that year but that's still some sick production out of Domi. I mean that was one of the best seasons that any Canadien had in almost a decade. This year was a little bit of a different story. 17 goals and 27 assists in 71 games. It just seemed like Domi couldn't really figure out exactly what his role was this year. Whether he was a skill guy or an energy guy or what. He was too good to play like a typical 3rd liner but he also just didn't have the same scoring touch from the season before to be a 1st liner. So what does Marc Bergevin do today?

Trades Max Domi and a 3rd round pick to Columbus for Josh Anderson. Now a lot of folks out there think there's plenty of potential with Josh Anderson. And from having to watch the Flyers play against him quite a bit during his career so far, I can say that Josh Anderson is one of those guys who you really start to hate after the 2nd or 3rd game of the season. But….I mean….I don't know. I feel like Montreal could have gotten more for Galchenyuk than just Max Domi in that trade, and now I feel like Montreal could have gotten more for Max Domi than just Josh Anderson in this trade. Sure, he adds plenty of grit to the lineup and they definitely need more of that if they're going to build around Kotkaniemi. I just think if you're going to move Max Domi, you probably could have done a little more to get a more proven player than a "adds grit and has potential" type of guy in Anderson. But that's what Marc Bergevin does. Dude is addicted to trades. He shoots first, worries about getting fleeced after.

But the fact of the matter is that 2 years later and one of the more intriguing trades of 2018 is already over. What an uneventful ride it ended up being.