I don't know who chose the background music to go with that video, but whoever it was deserves a raise. I mean what an absolutely preposterous yet fitting beat. That video would've been nothing without the music. With it you're basically watching a Michael Bay film. Yeah, one side of the rig snapped, but at no point during that entire operation were they in danger. There are ten thousand failsafes on those things. It would take more than a snapped line for them to tumble to their death...

Source - According to a social media post from the New York City Fire Department, a call came in around 9:10 a.m. local time for two window washers stuck on the dislodged scaffolding at 250 Vesey Street, a 34-story building that is part of the Brookfield Place complex in Lower Manhattan.

Approximately four and a half minutes after the call was placed, FDNY Engine 10 and Ladder 10 arrived first on the scene, where they quickly assessed the individuals for injuries before securing them both with rope, per the post.

They then began their rescue — which took "approximately 40 minutes" — by lowering safety lines to the workers, securing them, and then cutting through the glass of adjacent windows to pull them into the building.

Both workers were evaluated by EMS personnel and refused further medical attention, according to the post.

Here's another photo to provide some scale. You can kinddaaaa seem them half way down on the corner... 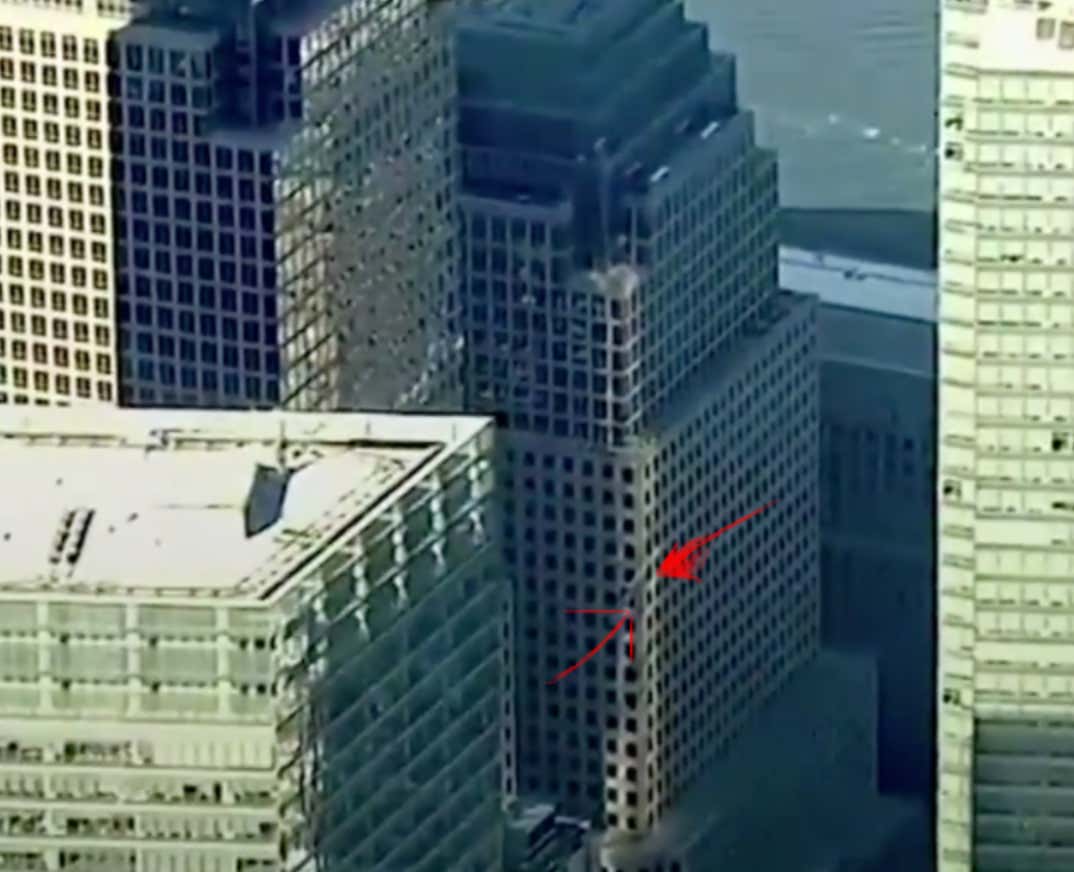 Regardless, job well done to whoever runs the social account and thank god everyone involved was able to escape scot free.