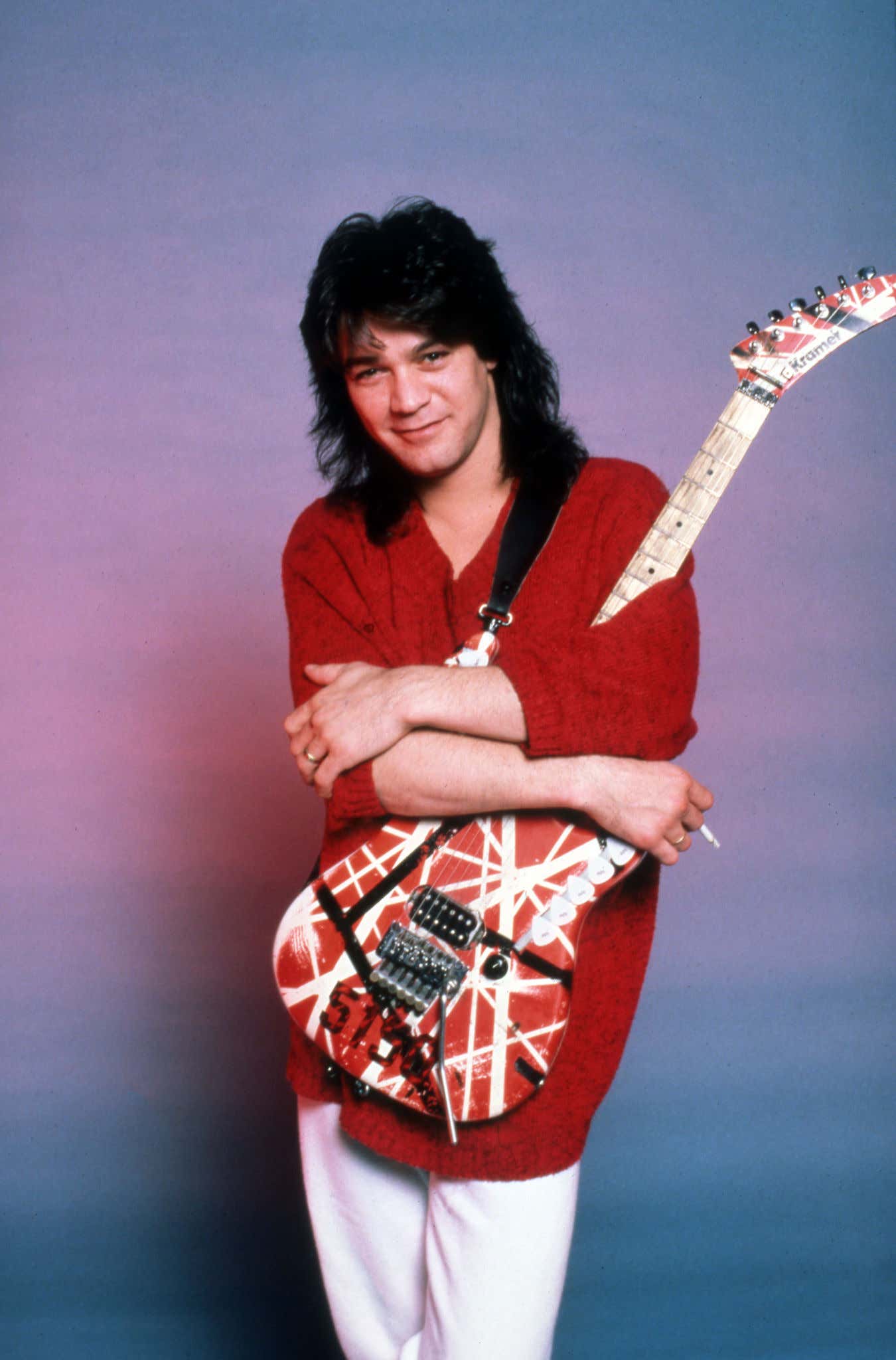 Man, what a terribly sad post to read. Eddie Van Halen, the genius guitarist whose thick, easily-recognizable riffs were the basis of his eponymous band's sound for nearly 50 years, died Tuesday at just 65 from motherfucking cancer. The longtime rocker had been battling the disease for over a decade. The post is from his son Wolfgang who replaced Michael Anthony as the band's bassist back in 2006.

In the 1980's Eddie was the epitome of cool without trying to be. He was a laid-back rock god who looked like he was having genuine fun and, duh, dating a hot actress. 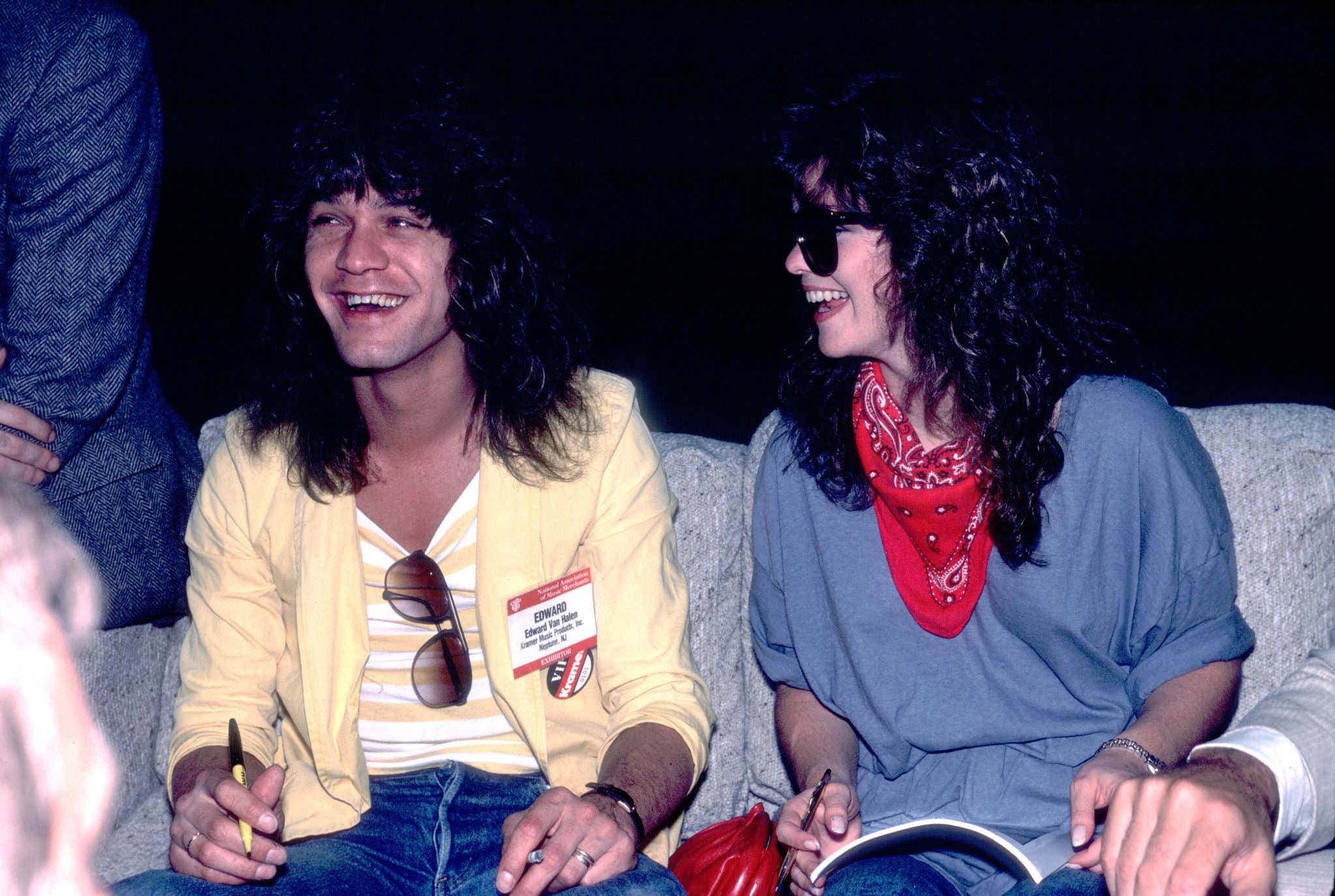 Eddie Van Halen's easy smile, iconic ax, and magic fingers made him the real the star of rock titans Van Halen and he was arguably the best guitarist of his era. His signature playing gave VH what every band craves---their own sound. And he announced it from the jump on the band's self-titled debut.

Eddie also did a little moonlighting and just happened to give us one of the most iconic guitar solos ever featured in any song let along a goddman Michael Jackson pop song.

VH was well-known in heavy metal/hard rock circles and produced a handful of hits but the two biggest hits off of their fifth album were covers and they had yet to truly cross over. That all changed in 1984 with…1984. The album 1984 pushed Van Halen into the rock and roll stratosphere that only a handful of bands/singers of that era soared into, fueled as much by their talent as by the original influcencer, MTV. Fortunately for Van Halen, they nailed it when it came to making videos.

I mean, this is just vintage '80s. Looks like it could've been made up Hampton Beach with your peckerhead buddies. Dave fluffing his hair, doing his signature, um, jump. Eddie and Mike going back to back. Alex doing his best Animal impression. Oh and the song is a keyboard-fueled masterpiece. You're goddamn right "JUMP!" because everyone jumped in line to pick up their copy of 1984.

One of those songs about a car but they make it sound like a song about pussy because they're Van goddamn Halen. Also love the concert version of a video that sounds like nothing like the live version of the song but still somehow works. Also, "Panama" still fucks like Reed Rothchild.

This might just be the mother of all 1980's MTV videos. I don't even know where to begin to explain or how to. I mean, every kid had/has a teacher they wanted to fuck. Van Halen simply put it in song form. With miniature versions of themselves. At a teacher titty bar. And who among us hasn't wanted to shred a solo throughout the school library while causing the class nerd's IBS to go off. Ah, the '80s.

Conversely, 1984 would also be as good as it would ever get for the original iteration of Van Halen. Band strife and ego clashes led to David Lee Roth going onto a solo career and Sammy Hagar replacing him. But the band's success continued with a new lead vocalist because they still had a Van Halen heartbeat. And while there would be more drama and later reunions with Roth and Hagar (as well as an Extreme cameo), Eddie Van Halen's legacy was more than secure before DLR ever had visions of a Beach Boys re-do.

I still have my cassette version of 1984 buried somewhere because it's made the cut for numerous moves by now. Maybe it's the nostalgia. Or maybe I like smoking babies. Or maybe you just don't chuck an all-time album after 30-something years even if you'll never play the tape again.

Thanks to the Dutch-born Eddie Van Halen, the world was gifted a seminal American band with an indelible sound. I have zero music skill and less playing knowledge so I can't tell you what he did different or better or more unique than other guys or exactly what made him a cut above. And I sure as hell won't pretend to. I just know that when I hear that chunky riff, I'm listening to Eddie Van Halen. And that is a legacy.

Farewell to one of the greats.