Tommy Smokes has never been the smoothest cat in any way, shape, or form, but these Yankees postseason streams have really brought out the worst in him. When a big play happens he truly has no control of his limbs. He basically has a functional seizure and there's no telling what is coming next. Last night when Giancarlo Stanton lifted off for his grand slam we all went nuts. As I turned to Tommy for an embrace of some kind he responded by punching me square in the throat.

This was no light punch either, I was assaulted. A weaker man would be in the hospital right now. Credit to me for not flinching or falling of any sort and continuing to celebrate the slam. I stood my ground and just ate the punch, but a punch it was. I lost my ability to breathe for about 10 to 15 seconds. Trent brought up a good point that I caught a bit of a break that Tommy cuts his nails.

Imagine my throat just slit and I was bleeding out on the live stream while everyone continued to celebrate? I mean we're talking monster clicks folks, might have to play that card down the road if things get desperate.

For everyone asking, I woke up to a little soreness, along with this text from my mom (she is Android, not me). 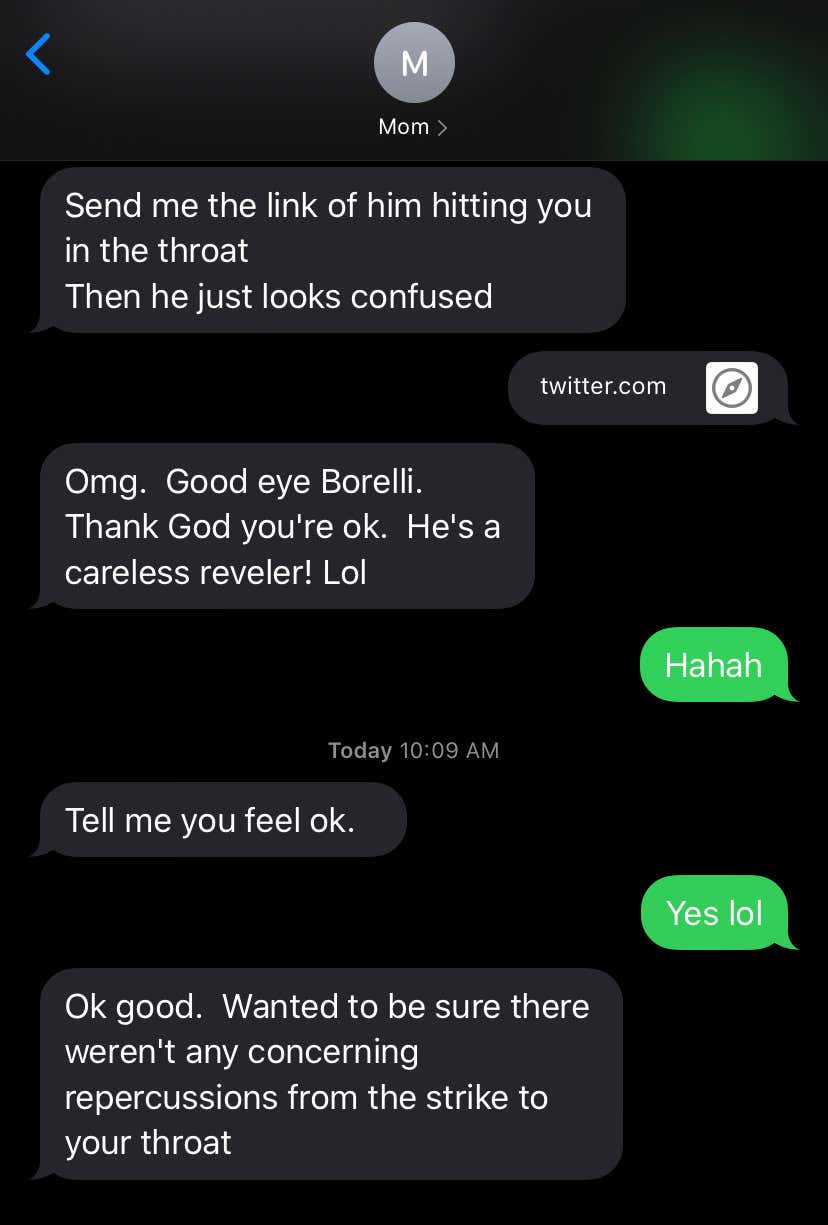 Always a concerned mom. The best. Not the biggest fan of Tommy as you can imagine.

Anyways, I'm okay I think. I had a little concern my throat was going to close when I went to bed, but I'm still here to the dismay of many. We'll be suiting up again for another stream tonight. Who knows what that mad man is going to do next. Should he be in a straight jacket for the entire game? I'd certainly endorse it. Something has to be done to stop this idiot.