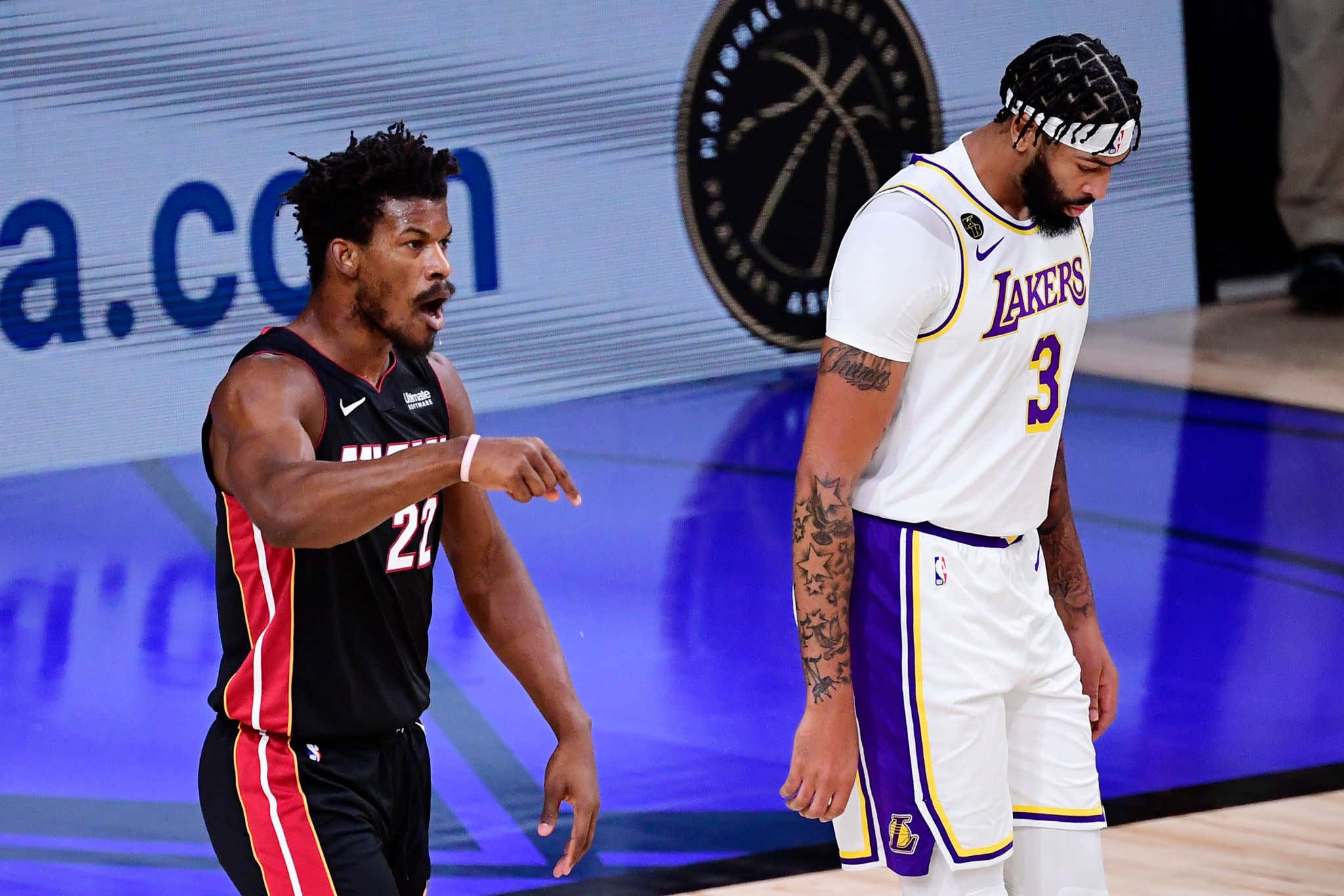 The day has come. Tonight we will learn what type of series we have on our hands. Will the Lakers respond like they have in every other series this postseason after dropping a game and take a commanding 3-1 lead? Or will the Heat come out and tie this shit up, backing up what we saw in Game 3 and putting alllllll the pressure on the Lakers to not blow this series. If we're being honest, neither scenario would surprise me one bit. Even though this is 2-1 at the moment in favor of the Lakers, the Heat feel very much alive which I think is all you could ask for as a fan. Seeing as how I don't really have a rooting interest in either of these teams, I just want a competitive series. I just want drama and high pressure moments. Chances are we're going to get that in Game 4 so let's get you ready for the action.

Right off the back I think we can make an assumption here when it comes to the Lakers. Seeing as how there is no Scott Foster/Tony Brothers, I'm going to go out on a limb and say we will not see Anthony Davis be taken out of this game due to early foul trouble. Now he has to be smarter, he had a lot of terrible touch fouls that he could have clearly avoided, but the Heat got their one game where they were able to benefit from a Lakers star dealing with foul trouble. There is no denying that worked in their favor in Game 3. In fact, given how kinda shitty LeBron was in Game 3, my guess is he is going to be uber aggressive tonight and live at the line. You have to be prepared for that. LeBron/AD took just 11 FTA in Game 3. They both might have that tonight.

We also probably won't see them combine for 13 TOs. That is such an outrageous number it feels more like the exception than the rule. With all that, you have to imagine the Lakers will do much better in terms of paint scoring, they were outscored 52-34 in Game 3. The Lakers are not good enough in terms of outside shooting to also get dominated in the paint like that. If I'm Frank Vogel, that is my #1 adjustment for Game 4. Chill out with the 42 3PA and take it to the rim.

They also need Danny Green to show that he has a pulse. Did you know he is shooting 19/16% in this series?!?! I'm not kidding. Those are his real shooting splits. You have to imagine he's getting close to the point where he isn't even playable right? He had just 17 minutes in Game 3, and I'd just roll the dice with Rondo/Caruso/Kuzma if Green starts this game off slow. He's been killing this Lakers team over the last two games.

On the defensive end, the biggest learning has to be that the Lakers need to man the fuck up and not switch down the stretch. LeBron guarding Butler in clutch time means nothing if they are just going to switch time and time again. Nobody else on this Lakers roster can handle Butler right now. They have to stop that shit immediately if this game is close in the fourth quarter.

For the Heat, there is one huge factor heading into tonight

Dragic is still out most likely, but having Bam potentially back in the lineup is massive. Even if he's only 75-80%. We all know how important Bam has been to what the Heat do on both ends of the floor

As long as Bam can defend, catch lobs, and pass, he should be able to make an impact. The Heat are so desperate for big men to try and contain Davis, if Bam plays that will be a gift from heaven. Have you seen their on/off splits this playoffs when Bam is on the floor?

He is the straw that stirs the drink and hopefully he's able to give it a go tonight.

Through 3 games we still haven't even seen the Heat light it up from three yet either. Duncan Robinson went 3-10 in Game 3 and is missing some wide open looks that were automatic in the ECF. You know they have a good shooting night in them where they make like 16+ 3PM as a team. Why can't that be tonight? Chances are Jimmy Butler doesn't drop 40 points on 70% shooting again, so the Heat are going to have to find a way to replace that production.

Could it come from Kelly Olynyk? That sounds weird but honestly it's not that crazy to think that maybe it could.

When he doesn't hesitate and just grips it and rips it, he isn't half bad! The biggest thing for the Heat is to try their best to avoid an offensive drought. In both of their losses they've been unable to score in the second quarter. When they've been able to be consistent offensively for a full 48 minutes, they won. This isn't a situation where the Heat have shown no signs of being able to hang with the Lakers, in fact it's been the opposite. Avoid the offensive drought and they can take this game.

For the moment, the Heat have the momentum in this series. They are surviving on a sliver of hope. You know LeBron/AD are going to have monster nights, and if they can somehow absorb that blow and still win this game they can absolutely pull this thing off and win the series. Down 3-1? Probably not. I can't wait to see what happens.