Some background on the man himself:

Going back to our awesome interview with John, that you can find below, the first words he uttered were "we had to lock down in Spain, so we escaped Spain.”  That was April 12th.  John released that second video a near 3 months later, seemingly from the same studio, only to be arrested two months later in... wait for it... Spain.

On or around January 17th, 2019 John and his lovely wife Janice, who joined us for the interview as well, fled America after catching wind of a Grand Jury being convened to bring them up on charges of Tax Fraud.  Those charges stemming from years of unfiled taxes, which John happily admits and wears as "a badge of fucking honor."   Claiming that he's paid over $50 million in taxes throughout his life, but believes he has yet to receive that amount in services.  Once made aware of the Grand Jury, John fled to the Bahamas where he and his wife laid low for a bit.

Eventually, they were tipped off by a friend that U.S. Officials were there looking for them, and again they fled.  To Cuba this time, the land of a thousand beefs with the United States.  Cuban officials quickly brought the McAfees in for questioning after a call from the FBI.  Cuba, still pissed about the Embargo, decided to let the McAfees flee yet again, sending them on a boat to the Dominican Republic.

Once docked in the Dominican Republic, John and his wife were greeted by Dominican military officers who demanded the two present and declare all their personal items.  Heavily armed with an array of weapons, John and his wife complied, only to be arrested just a day later for illegally entering the country.  On a personal note, John and his wife noted that their favorite guns were taken, (hers, an automatic shotgun, and his a binary trigger AR-15).  They have since restocked their arsenal. 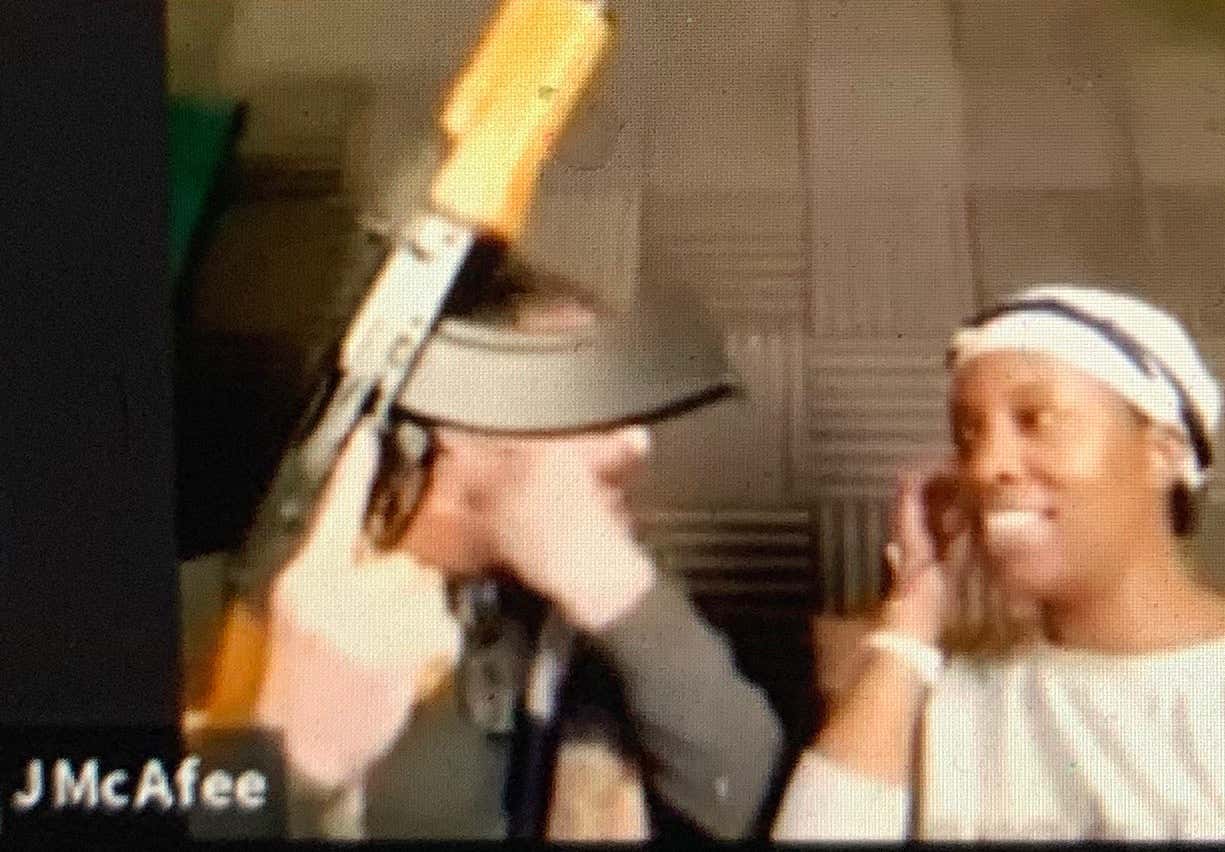 Some way or another, the slippery McAfee demanded his way out of the Dominican Republic and to Spain, where we believe he secretly camped out until his arrest.

It's worth noting that in the interview, John had a proposed headline for when this day arrived…

Simple, sweet, and to the point.

John was finally caught today, and not a single media outlet took his advice…not even us.  I guess that's just the way the cookie crumbles…  Enjoy your new life, John.

Watch the full interview with John McAfee below, and subscribe to Hard Factor News on Youtube, Spotify, Apple Podcasts, or where ever else Podcasts are free to get more stories and guests like this.

Tune in every Monday, Tuesday, Wednesday, and Thursday at 10 AM EST for more Hard Factor Radio