Oh boy, how the turn tables have turned on Morgan Wallen in just a few short weeks. He releases a hit song and country sorority girl social media absolutely MELTS to the point that I blogged it

Every college aged girl on the planet absolutely swooning over this guy. Everyone on his dick for making a song that meshed perfectly a viral tiktok trend. That is the sweet spot(probably, I don't know how this stuff works to be honest). Said girls who openly pined for said dick are now VERY angry that Morgan Wallen apparently hung out with and made out with college girls

Those were a taste of the videos, there were more, and the reaction has been…unkind to Morgan Wallen 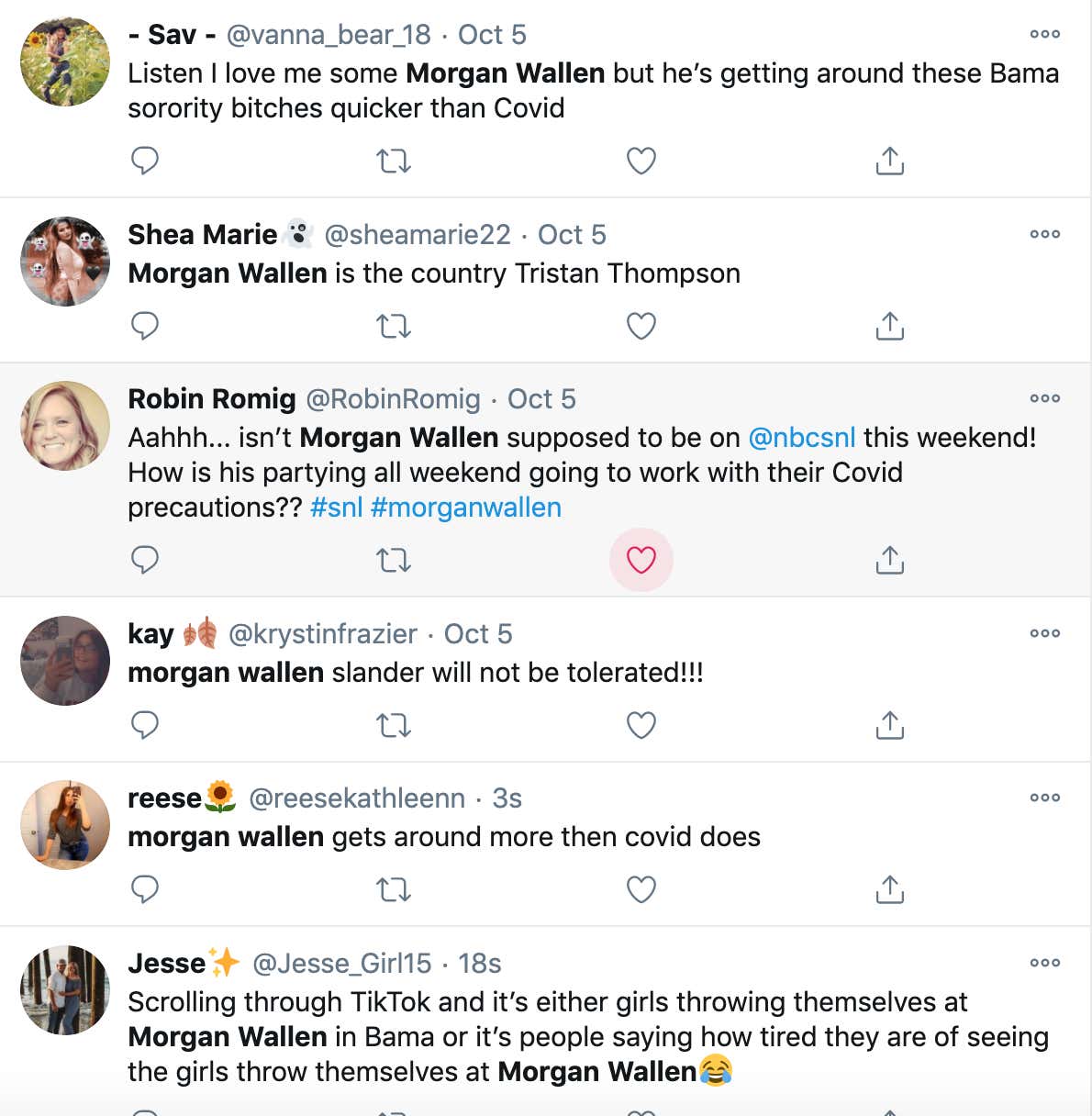 This is a difficult time to make a judgment on this sort of behavior. On one hand, yes, you'd like a guy to be committed to the woman he made a baby with and not act like a super spreader of coronavirus. That'd be good. On the other hand…this is what they have always celebrated as one of the perks of being a professional musician. Morgan Wallen looks completely fucking average in every conceivable way. If he had never picked up a guitar the odds of him approaching the type girls who were fighting to suck face with him would be between zero and none. Everyone here seems to be legal aged adults who while still morons without a fully formed pre-frontal cortex are still legally allowed to decide who they make out with. Do all parties involved in these videos probably feel some shame today…yeah, probably. Did they commit some sort of crime? From the looks of it…no. Good, dirty, fun. Who wasn't doing that at 21ish years old? Everyone take a deep breath and realize that Morgan Wallen is exactly what he looks like…horny.