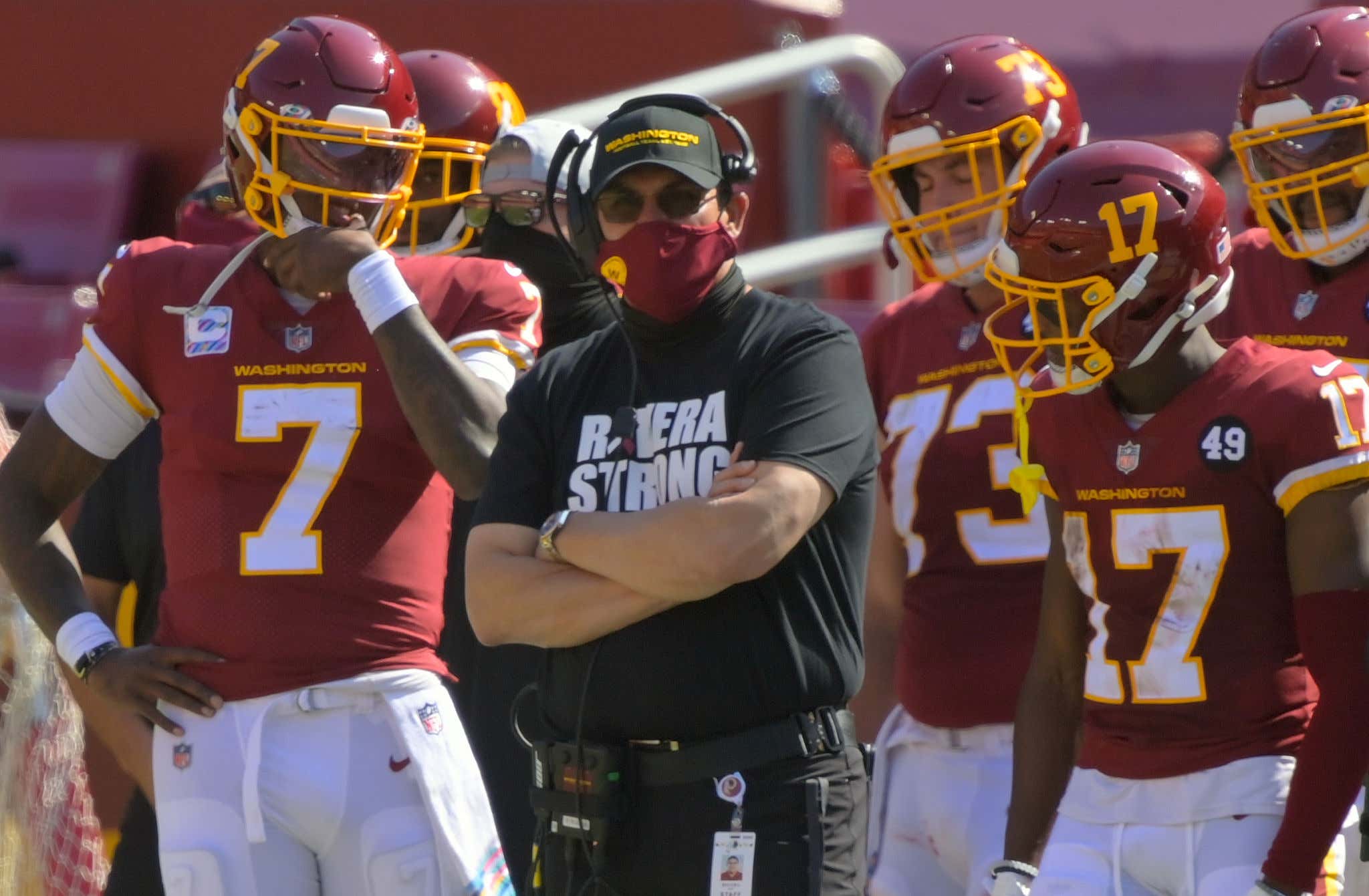 Earlier this year Ron Rivera was diagnosed with lymph node cancer. He's been battling it since, in between coaching and even getting IVs during games. It is incredible how he's been able to show such leadership while facing the biggest challenge of his life. Yesterday he was very exhausted- leaning on guys and having to sit on the bench at times. But he's still out there week after week, leading the team. And it's not like this is an easy job to take. He has to deal with Dan Snyder's bullshit, a global pandemic, developing a quarterback, and did I mention Dan Snyder's bullshit?

So I don't know, it's just inspiring stuff. He's getting treatment while showing up every Sunday and trying to win football teams. Also why wearing a mask and being as careful as possible is so important right now. Coach Rivera is high risk, so when you see stories like the Titans players all being infected with Covid, it makes me worry about Coach Ron.

He is such an awesome person to have in the Washington organization right now. Has shown more leadership in 6 months than guys like Jay Gruden and Bruce Allen showed their entire time here. Keep kicking cancer's ass, coach.