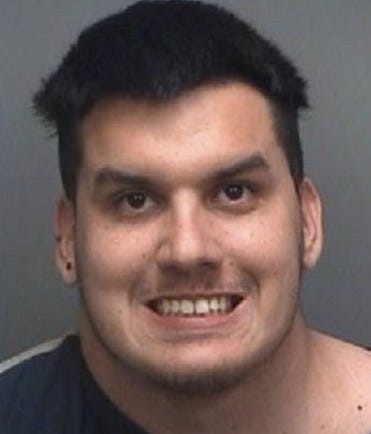 Florida –  A Florida man allegedly cut his mother’s head off on New Year’s Eve because she was nagging him about doing chores.

According to the Associated Press, emergency dispatchers received a 911 call on Wednesday night from 27-year-old Mario Gomez. Gomez claimed that his 23-year-old brother, Christian, had decapitated their mother outside of theirOldsmar, Fla. home. Emergency responders confirmed the murder, discovering the body of Maria Suarez-Cassagne after venturing to the scene.

Pinellas County Sheriff Bob Gualtieri told the Associated Press that Christian Gomez spent two days plotting the murder, eventually using an ax to cut the woman’s head off in the home’s garage. He then reportedly left the body near garbage cans outside of the home.

The Associated Press reports that jealousy and his mother’s request that he help out around the house prompted Gomez’s disturbing actions.   “Gomez was upset with his mother because she wanted him to move boxes around the house, and he was jealous of the attention Suarez-Cassagne paid to his brother,” Gualtieri said.

Tough to take a side here.  Obviously decapitating your mom is a real childish move but doesn’t this lady know that the week between Christmas and New Years is the laziest week of all time?  I thought that was universal knowledge.  Christmas is stressful as fuck.  Once it’s over all you want to do is sit back, drink and watch college bowl games until the New Year.  Then you make a bunch of fake resolutions about being a better person like helping your mom with chores and shit.  But don’t bother him before that.  If she had just waited until January 2nd to ask him to do the laundry then we aren’t even talking about this.  Oh well, live and learn I guess except minus the whole living part.