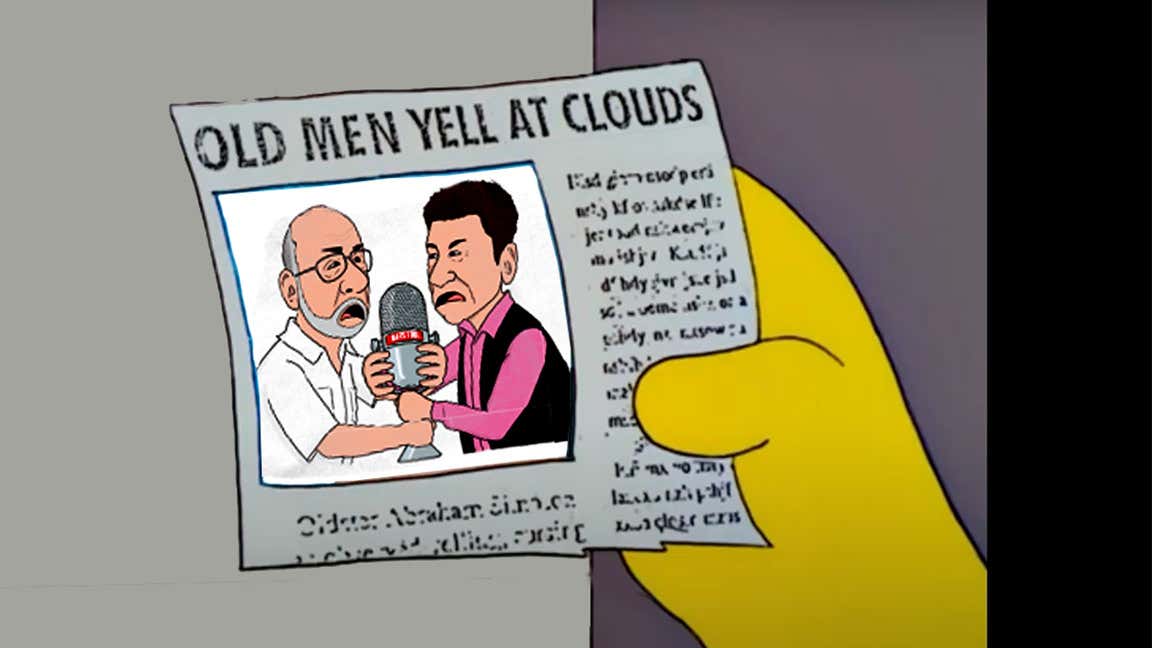 If you didn’t hear, the Cousins are back five days a week at 9:00 a.m. EDT Monday through Friday. I’ll be hosting Mondays and Fridays and Smitty and Trent will be trading off weeks hosting on Tuesdays through Thursdays.

No one on earth preps more for 55 minutes of radio than Cousin Mike and Cousin Murray. Because we get to about 2% of the material they send in, here is your rundown of the best things that they would have liked to yell about but didn’t have time (and maybe a few things they DID yell about but are funny anyway).

The big news today was, of course, our own Kate Manion announced she is pregnant.

We also spent a LOT of time talking about Yiddish words. The Cousins absolutely love talking Yiddish, and today they distinguished between a Putz, a Yutz, and a Schmuck.

Without further ado, here are some of the stories we were not able to get to on today’s show.

Now THIS is a story custom made for the Cousins. A 71 year old Irish female bed and breakfast owner was arrested for allegedly serving as the getaway driver for her 28 and 45 year old accomplices. The family that robs together stays together???

The Republic of Kazakhstan tweeted out Trump won the debate a full 45 minutes before the debate actually started. Since the trailer for Borat 2 just dropped, everyone thinks this is related, especially because the voice over says: “Donald Trump. Strongest premier in history. He not racist. Black guys love him so much they kneel before him (footage shows Colin Kaepernick and teammates on sideline during National Anthem).” Too bad the Cousins don’t know who Borat is.

Woman Who Went Missing for 2 Years Found Floating At Sea

Angelica Gaitan, a Colombian woman who went missing 2 years ago, was found alive floating at sea by fisherman. They mistook her originally for a piece of driftwood, which might explain why she was missing for so long. Her first words after being rescued: ""I was born again, God did not want me to die." She had run away from a toxic relationship.

Trump tweeted out a comment on a study that suggested a chemical found in McDonald’s french fries could prevent hair loss, and that’s why he has such a great head of hair. As Cousin Mike famously stated he has never eaten fast food, could this be why he is so bald? The people demand answers.

Burger King suggests one of its burgers is so good it should get a Michelin star. Their new Master Angus burger, they claim, is so good they started a petition -- but only 500 people have signed it. Which brings up the question if any chain or fast food restaurant deserves a Michelin Star? Chi-Fil-A?

For $1, pizza delivery guy will 'look you in the eyes' and offer 'comforting words'

Brooklyn's Vinnie’s Pizzeria is offering a new special -- for $1 ($15 minimum order) your delivery driver will look you straight in they and say "EVERYTHING'S GONNA BE OK AND YOU'RE DOING THE BEST YOU CAN." They should market this as the Good Will Hunting Special.

A sad story all the way around. The footage shows the giant animal tackling its tamer to the ground in China because the poor bear had not been allowed to eat the treats thrown by the audience. Dude just wanted to get his marshmallow on. The trainer suffered minor injuries as the bear had its teeth sawed off as a cub.  WUT. I am firmly on #TeamBear in this one. Let the man have his treats, it’s not like he has cavities to worry about.

Remember, every Monday and Friday, I’ll fill you in on the things that we don’t get to on radio, so you can get a deeper look into the mind of the man who made Dave Portnoy (and his best friend of 50 years and wife’s cousin Murray).