The line 'It Just Means More' is a bit overplayed with the SEC, but there's no more honest motto In the world. Shit just means more in SEC football. But there's nothing more SEC than this. Georgia's quarterback - nope, not Jamie Newman. Nope, not even J.T. Daniels. But the man named Stetson Bennett - look at that name. STETSON. BENNETT. IV. Of course there's an IV at the end of the name. You can't just be the first Stetson Bennett or even Stetson Bennett Jr. That man was born to be quarterback in the SEC, specifically for Ole Miss, Georgia or Auburn.

But then you see this again. The man threw in Redman on the sidelines while kicking Auburn's ass. That's as SEC as it gets. This man is here to save Georgia 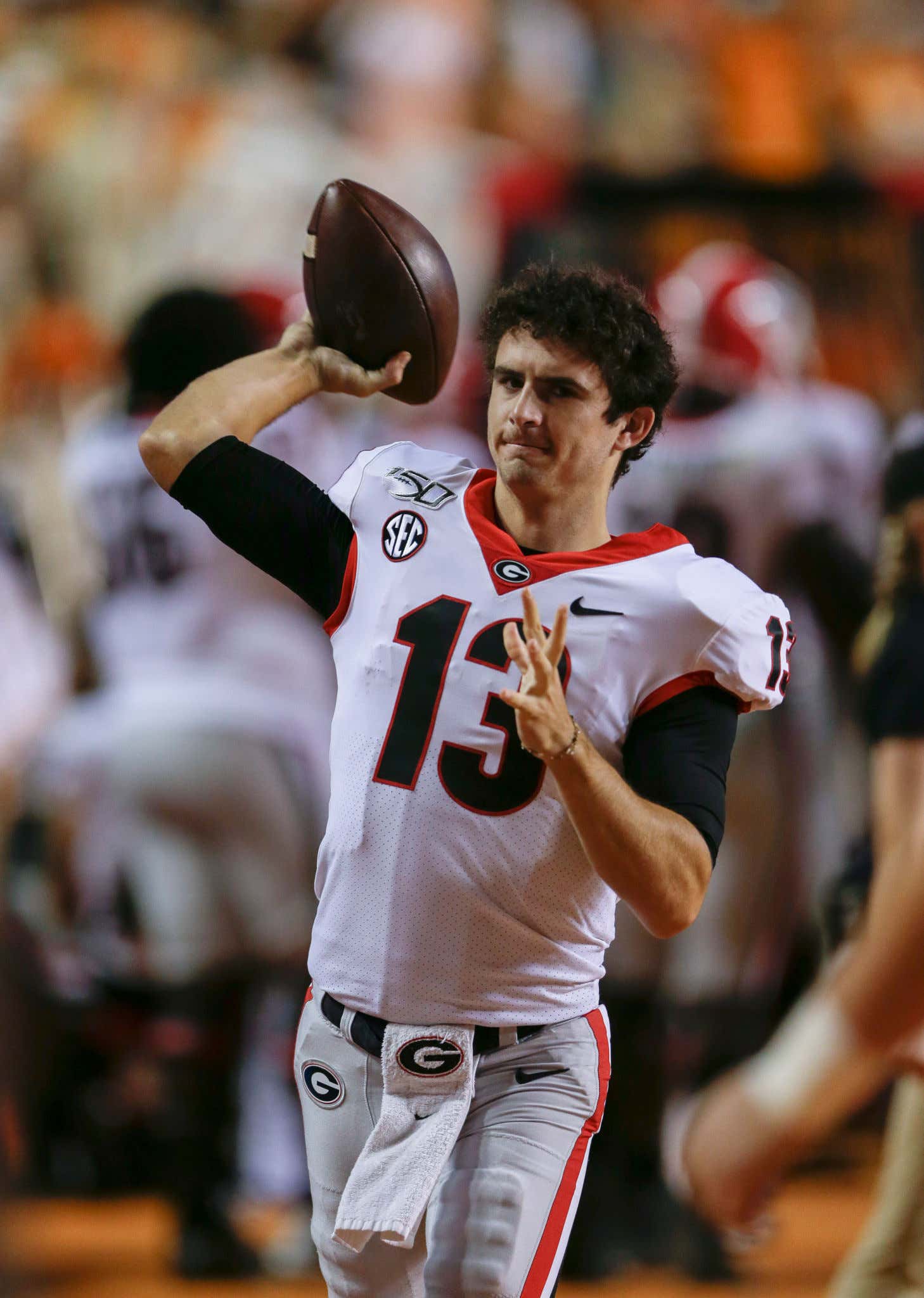 I don't care about NCAA rules. Stetson Bennett IV needs to throw a horseshoe in next week on the first drive. Go score a touchdown with that feeling. If that happens, then I'll fully buy into Georgia being a national contender.