If I've learned anything over the last 20 years (a dubious proposition, I admit), it's that there is no bigger issue, no greater scandal than a football coach giving another football coach a weak postgame handshake or snubbing him altogether. America runs on proper football coach body language. They are vital to our national interest. And when they go terribly, terribly wrong like last night when Vic Fangio didn't come within a parsec of Adam Gase, we demand - and deserve - answers. Remember this, from last December?

Or this debacle from 2007, that started a major spying scandal? 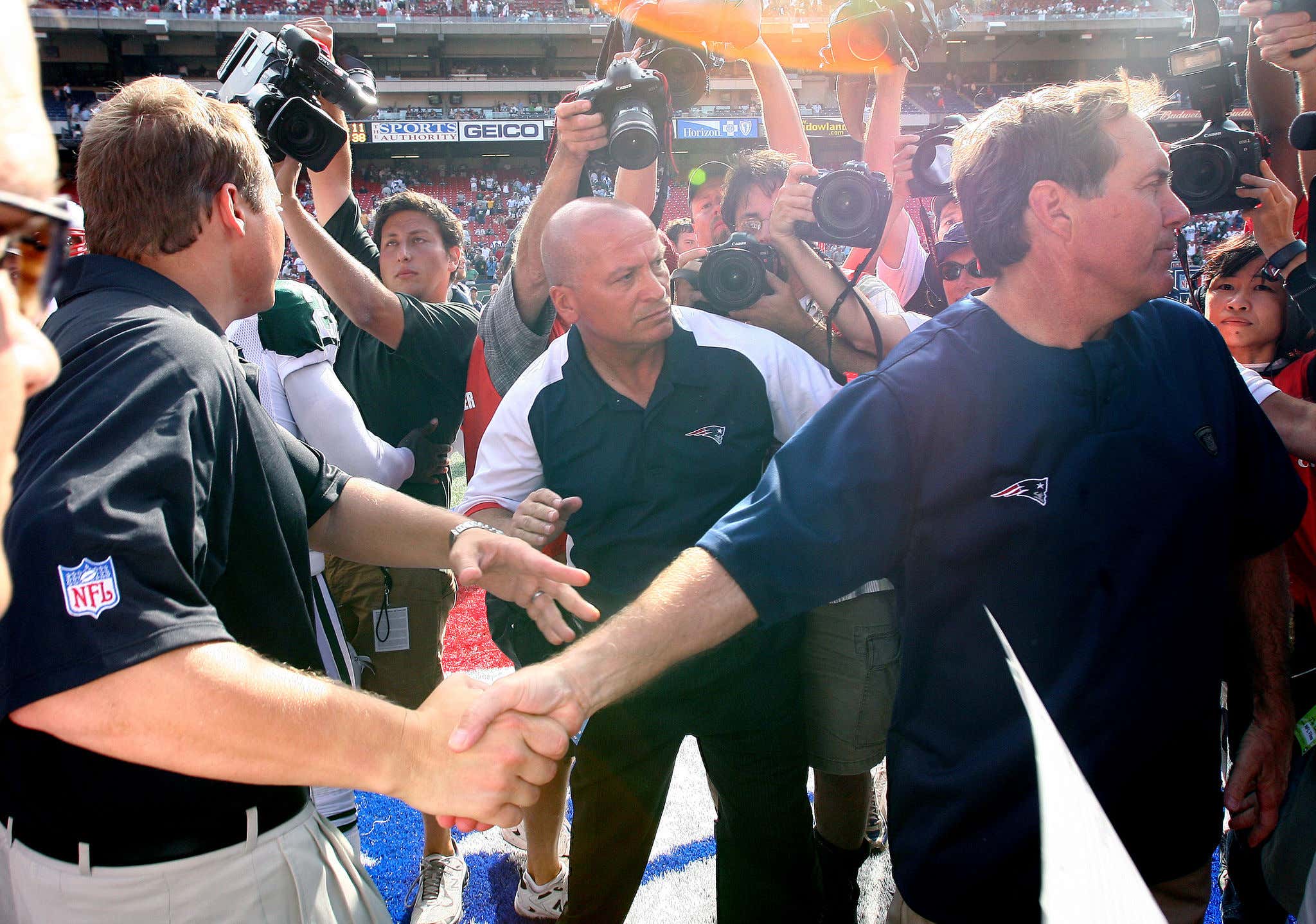 Or this outrage, at the end of that same year?

Coach handshakes aren't something to be taken lightly. They matter. Which is why I assume after the disgrace of a coach hustling off the field on national television before giving a firm, hail, hearty manshake or a warm, soft, lingering embrace to his opponent, we'll hear all raise our voices as one and denounce this horror.

For his part, according to Pro Football Talk, the coaches made this weak excuse for Fangio's actions:

“Well there just was a couple personal fouls there at the end and our sideline was getting pissed off about it and I just wanted to avoid any confrontation at the end of the game and having it get ugly there so I tried to get our guys to leave quickly just to avoid anything happening there,” Fangio told reporters after the game. “I thought it was the prudent thing to do.”

“I think he was just making sure we didn’t have any kind of melee,” Gase said, via Ralph Vacchiano of SNY. “It was getting kind of heated.”

But I call shenanigans on that thin gruel. Nothing is worth skipping the shake for. Emotions be damned. You complete that bromantic transaction, whatever the cost in lives, blood and treasure. Or else be branded a sore winner/loser and a classless, arrogant jerk forever. And you'll have people call for you to be fined and possibly even suspended over such callous behavior.

So get on it, America. Let's hear it. No football coach should get away with such behavior, regardless of how many games Fangio and Gase have won. I say we take away their first round picks so this never happens again.