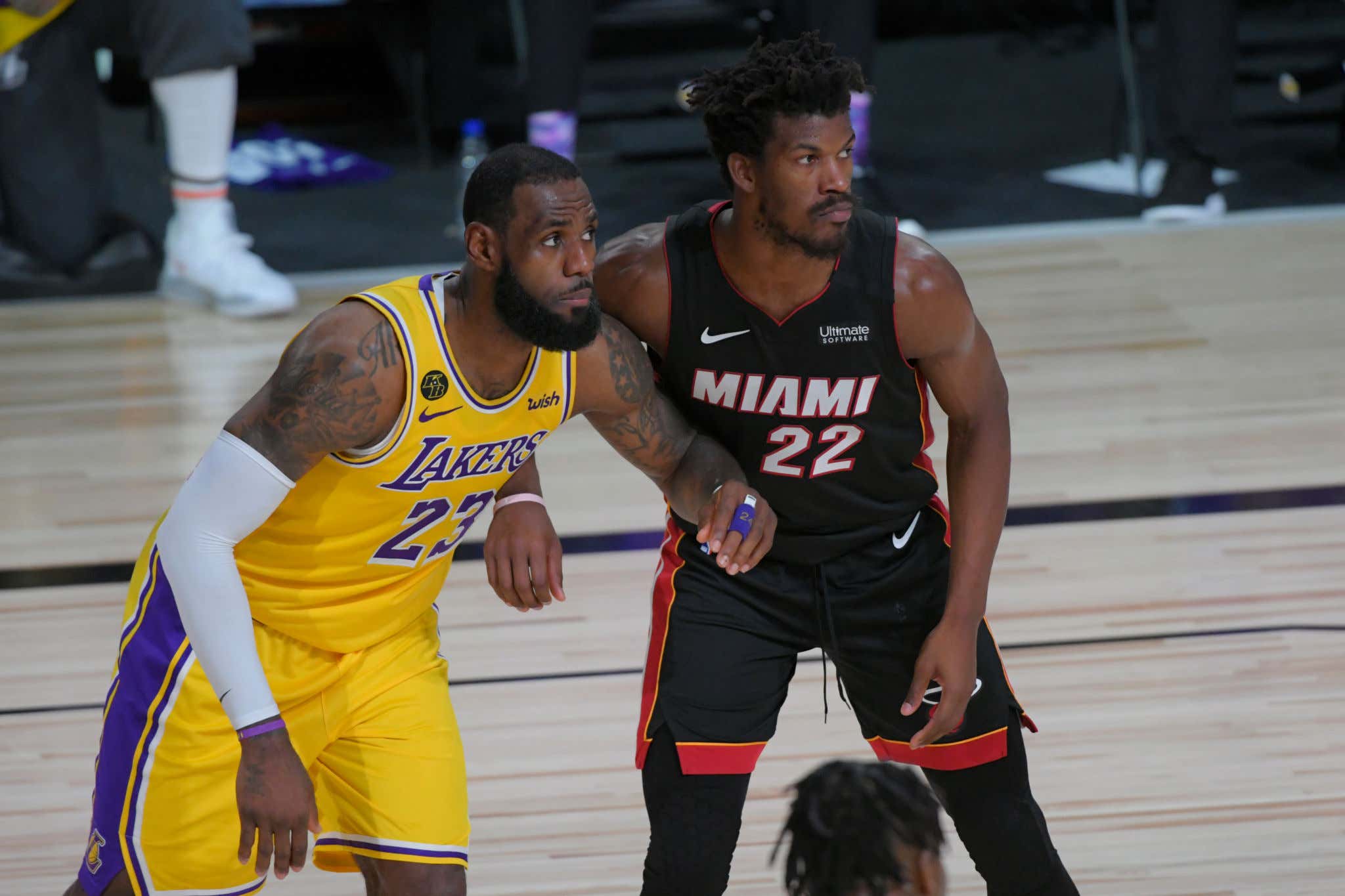 Game 1 was a bloodbath, no other way to put it. Once the Heat blew their 13 point lead in about 3.5 seconds, you knew they were in for trouble. What ensued was an avalanche of Lakers dominance, where nothing the Heat tried made any lick of difference. Then key guys got hurt, things snowballed even more, and here we are. I wouldn't say the Heat need a miracle to win Game 2 because who's to say Duncan Robinson doesn't find his stroke and make 7 threes tonight? Who's to say Tyler Herro won't be a -35 again? This series isn't exactly over after one loss to a LeBron team, just ask the 2011 Mavericks, but the Heat do have an uphill battle ahead of them tonight. Let's get you ready for tipoff.

Again with these 9PM starts. I know it's for West Coast people but you're telling me Lakers fans aren't going to watch if it's an 8pm start or something? We're all working from home! Anyways, we may as well start with the Lakers since they are up in the series and honestly don't have to change much from what we saw in Game 1. We learned a few things were pretty successful for LA in the opener. Most importantly, their "small" lineup. I put that in quotes because they aren't really small, but it's when they have AD at the five. When the Lakers trotted out a LeBron/Rondo/Caruso/Kuzma/AD lineup did you know they had a 122 Ortg / 44 Drtg? That is not a typo. My guess is we see a whole lot more of that tonight. The big lineup of starting AD/Dwight wasn't really that successful on the defensive end, posting a 130 Drtg. It wasn't until Vogel pulled the plug on that did we see the Lakers start to run away with it. My guess is they'll start with Dwight again, mostly because the Heat have no size to handle him on the boards with no Bam, but he'll get the quick pull just like in Game 1.

A big question will be if the Lakers can repeat their shooting performance from deep in the first half. Chances are they are not going to go 11-17 from three with the reserves going 8-14. The thing is, that's fine. They don't have to. What we also learned was that LeBron and the Lakers did a great job of attacking off the switch, doing a great job of finding Herro/Robinson

There's no answer for that. So while it will help if the "others" on the Lakers are able to knock down threes, the Lakers are obviously equipped to win different ways. Game 2 will be all about the adjustments, but this is a personnel issue for MIA. That's even more true if Bam/Dragic don't play. There's a reason why the Lakers missed 16 of their final 18 3PA and it didn't matter. Because when the shots weren't falling the Lakers adjusted and went to bully ball. It would not surprise me one bit if the Game 2 adjustment for the Lakers is to be even more aggressive. Dominate points in the paint, live at the FT line, and generate easy fastbreak offense through their lockdown defense. If they get some threes to fall then great.

On the Heat side, as I write this it sounds like Bam/Dragic are still doubtful, but even if they play they aren't going to be anyway near 100%. The whole thing really sucks, but it's certainly not the first time a Finals has been impacted be injuries. That's just how it goes sometimes.

So what can they do to not embarrass themselves on national television? Well for starters they can get back to playing Heat basketball. Where was the passion? Where was the energy, the diving for loose balls, the swarming defense, all the things that got them to the Finals in the first place? It was almost like they were shell shocked of being in the Finals. Well that's probably gone now that they got punched in the mouth. This is where Spoelstra needs to show his value. What adjustments can he make to give his team a chance? Is it more zone and then praying that AD doesn't kill them on the glass?

For starters, they need to find ways to get to the line more. That's tough because they are a team that relies on the threes, but that has to change given the situation they are in. Attack first, shoot threes later. They took just 14 on the night and Bam led the way with 6. Herro, Butler, Crowder, Iggy etc have to make a more conscious effort to attack the basket. The Heat also have to hope that Kendrick Nunn's production in garbage time is going to help him find a rhythm because he's probably going to get a lot of the Dragic minutes. I also think we'll get more Olynyk in this game, which is sort of a double edged sword. You need his shooting and height because this team cannot go small against AD, but then on the other end of the floor LeBron is going to iso him every single trip down. You have to hope he can at least hold his own.

The normal things like guys bouncing back from their shooting woes is certainly something that could happen. I'd be shocked if Duncan Robinson went 0-3 again. But the Heat need to do a better job at finding him space. The Lakers were great at jumping over screens and challenging his shot, so more creative ways to get Robinson/Herro clean looks should be a priority. And look, it goes without saying that you can't give up quarters where you allow 63/85% shooting like the Heat did in the second quarter of Game 1. That's when shit went off the rails and a lot of the damage wasn't even LeBrno/AD. They combined for just 4-9 shooting. So you have to find a way to not get beat by the Lakers bench players. Do that, and you give yourself a punching chance at evening this series up.

As of now, the Lakers are -9.5 favorites and the entire world is counting the Heat out. What a perfect time to steal Game 2 and give us all the competitive series we've been wanting. Probably not, but we can dream.