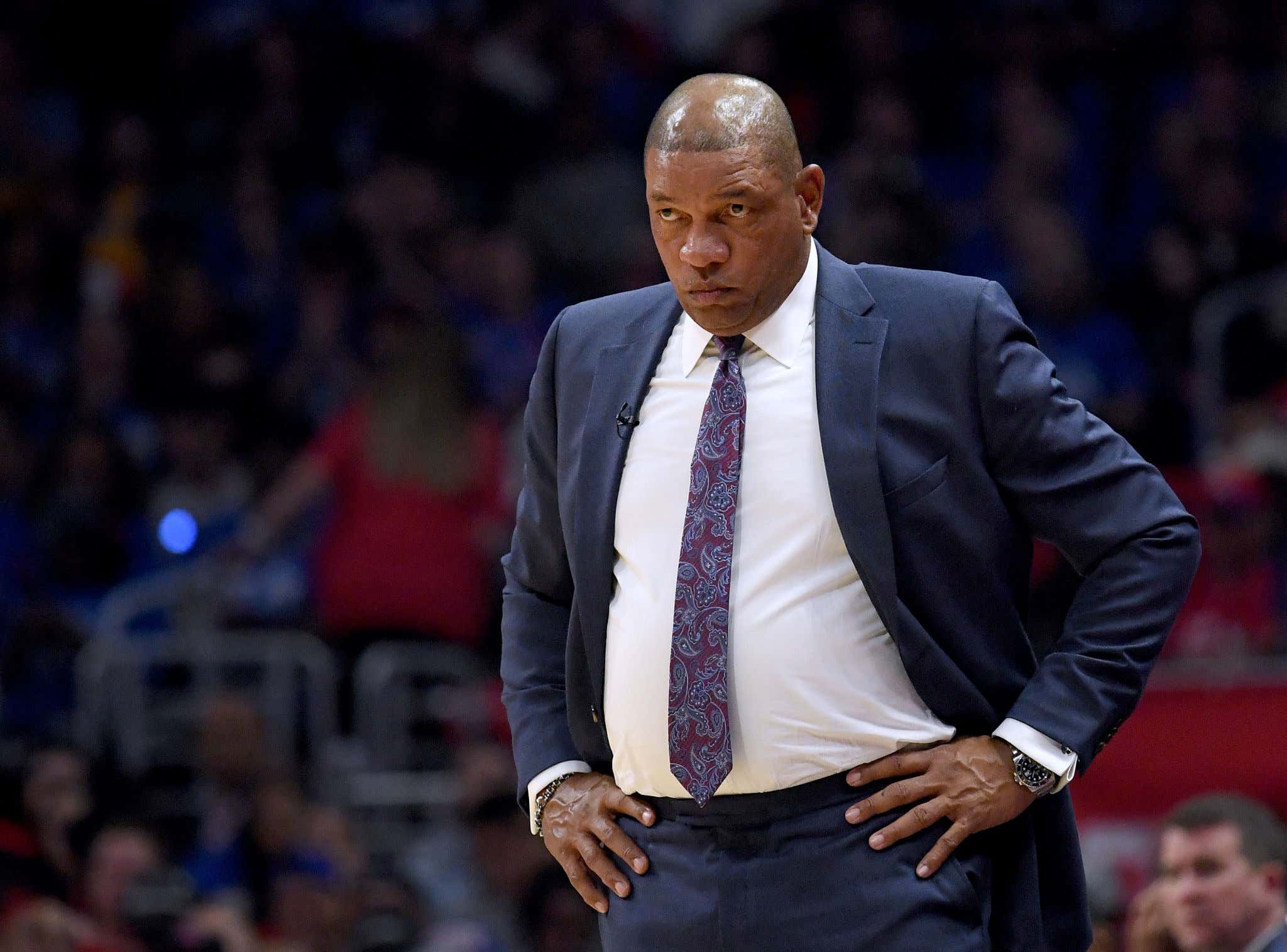 Okay so let's just clear something up real quick. Doc Rivers, not a real doctor.

With that being said, he is still going to perform some surgery and he is going to heal this 76ers team. He is going to cure this team of all the shit that has plagued them in the past.

And I know all you Celtics fans right now are nervously laughing to yourselves right now about Doc Rivers being overrated this, and Doc Rivers having some of the most underachieving teams that, and blown 3-1 leads yada yada yada.

Shut up. All of you. Don't fuggin' care.

Because what you get out of Doc Rivers is a name. And a name is all this team needs right now. These players need a guy who they respect. If Brett Brown tells Ben Simmons to shoot, Ben Simmons is going to laugh in his face and tell Brett Brown to go get him a juice box. But if Doc Rivers tells Ben Simmons to shoot, well I'm sure that Ben has a little more respect for Doc and he'll actually listen. If Doc Rivers tells Joel Embiid to quit being such a lazy sack of shit, I'm sure that Joel Embiid will have a little more respect for Doc Rivers and actually listen.

For everybody who laughs and says that Doc Rivers is just a name, well you're laughing at the exact reason why he is perfect for this team. These guys simply didn't have an ounce of respect for Brett Brown as an authoritative figure and it showed. But they'll listen to Doc Rivers and even though he might not be the guy who can unlock their greatest potential, the Sixers' stars don't need to be at their greatest to be good enough to get to the Finals. They just need to not be such stubborn assholes who only want to do things their own way.

Now all they have to do is find some sorry ass GM who is willing to take on Al Horford's contract. Once that is settled, well then we can finally start to be optimistic about this team again. I also wouldn't hate if Josh Harris would sell the team so that fucking rat could get as far away from Philly as possible, but beggars can't be choosers.

P.S. - Kawhi Leonard murdered the Sixers' hopes and dreams of reaching the Finals in 2019. His way of saying sorry about all of that was getting Doc Rivers fired so he could come to Philly. Shoutout to the board man.