Source - Ireland’s Supreme Court has issued a ruling declaring that the bread served at Subway does not actually meet the legal definition of “bread” because of its sugar content.

The case was brought before the court by Subway franchisee Bookfinders Ltd. which claimed that the bread Subway served qualified as a “staple food,” which, in Ireland, means that the bread would be exempt from value-added tax (VAT), thereby saving Subway money.

The ruling, which was handed down on Sept. 29 by the five-judge Irish Supreme Court, said that the bread’s sugar content -- which is five times higher than what was set out in Ireland’s Value-Added Tax Act of 1972 -- is too sugary to meet the legal definition of bread and therefore cannot be called a staple food.

Oh man, that's rich. Listen, I'll stick up for the Irish in most situations. Despite their awful tempers, pessimistic attitudes, and inability to forgive and forget, they're a good people. A funny people. A people who are great story tellers and even better drinkers. That said, I'm going to have to disagree with them on this one. Subway bread isn't bread? Because of the sugar content? Give me a break. If it acts like a duck, and quacks like a duck...it's a duck. And this my friends, is a duck... 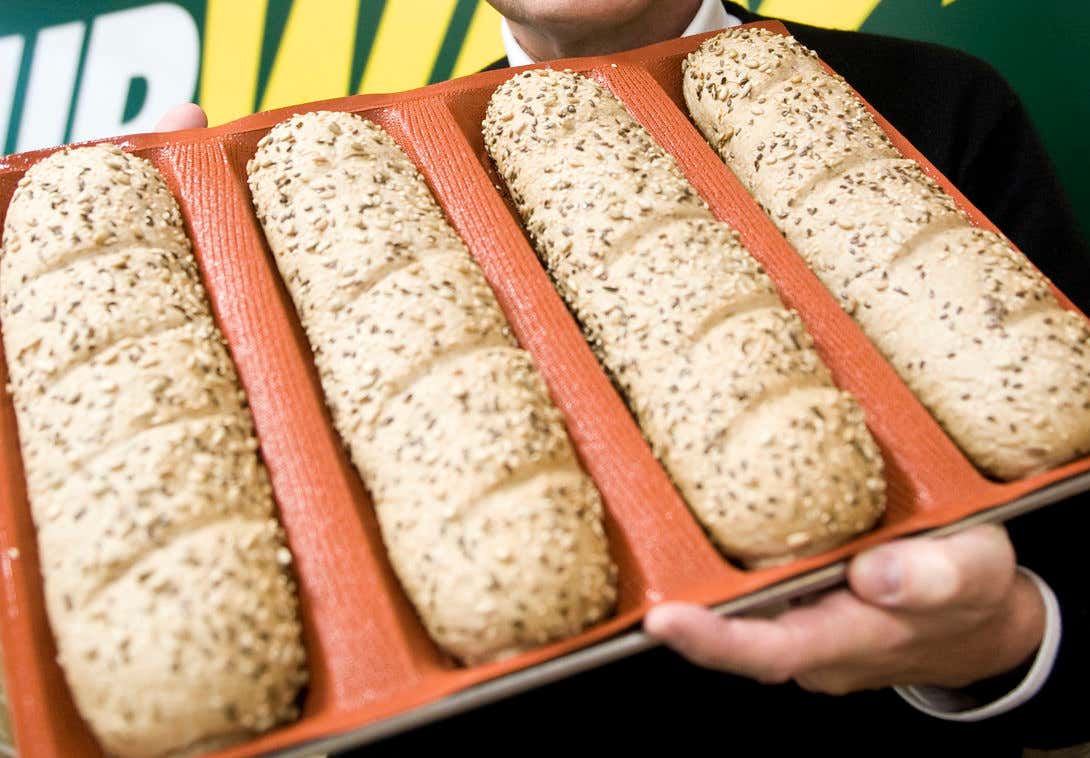 The fact that the Supreme Court of Ireland says otherwise is preposterous. And save me the "oh it's steamed not baked" bullshit. No one cares. Subway is delicious and you can't tell me otherwise.

Here's some more info regarding the decision…

According to the Value-Added Tax Act of 1972, the sugar allowed in a bread product must not be more than 2% of the total weight of flour in the dough. Subway’s dough across all of their bread options -- white bread, Italian, nine-grain wheat, honey oat, Italian herbs and cheese, nine-grain multiseed, and hearty Italian -- all contain about 10% sugar content.

According to the Independent in Ireland, the case first arose by Bookfinders from a 2006 decision by the Revenue Commissioners which refused to give them a refund for VAT payments made between early 2004 and late 2005. Bookfinders claimed it was entitled to a refund on the grounds that the VAT should have been 0% because it qualified as a staple food.

Justice Donal O’Donnell in the Ireland Supreme Court ruling said that the definition of “bread” was originally established to make a distinction between the starch in other baked goods, like cookies or cake or brownies, that are sugary and therefore not healthy enough to be considered essential foods.

Well there you have it- eight percent too much sugar to be considered healthy enough to be an essential food which may be true, but it's still bread. Chalk this one up as a loss for Subway enthusiasts.
subway+ 2 Tags