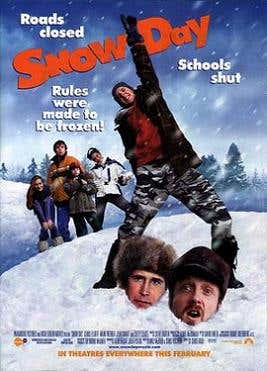 (New York Times) -- For generations, snow days meant sleeping in, loafing in front of the TV with hot cocoa, and hours of sledding and snowball fights.

Now, they are likely to mean logging into a laptop for a Zoom lesson on long division.

As the weather cools and winter looms, many school leaders in snow-prone states are preparing teachers, parents and students to say goodbye to snow days. This month, New York City, the nation’s largest school system, canceled them for the year, citing the pandemic, which has forced districts everywhere to look for ways to make up lost days.

“We said, ‘Wow, this could really be a solution for us for snow days in the future,’” said Robb Malay, a school superintendent who oversees seven districts in southern New Hampshire, where a new policy will replace snow days with virtual learning.

For many teachers, the end of the snow day looks inevitable, said Denis Anglim, 31, who teaches high school English and history in Philadelphia.

“For the sake of continuity of the curriculum, it’s a good thing,” he said. “But not in terms of hanging on to the nostalgia of waking up at 5 a.m. and looking at the ticker at the bottom of the television to see if your school will be closed.”

This is the greatest threat to our democracy right now. If this stands, if "snow day" now means "learn the multiplication tables on a zoom day," then kids across the nation will grow up resentful of both those in power and technology. They will spend every waking moment looking to get back at the decision makers who took away the single greatest days of their life and one day, they will seek vengeance. They will rebel and decide that if they never experienced joy then no one else ever will again.

Not to be over the top but if this happens then you might as well get rid of America. There's no point anymore. Snow days were, and remain, the single greatest days of my life. You know how fuckin' awesome a day has to be when you wake up at like 6:30 and get news that's so exciting you don't even want to go back to bed? It's better than Christmas day, because you get to hang out with friends instead of being forced to hang out with weird family members and pretend you're thrilled about the Apple gift card they got you that you'll lose before you ever reveal the serial number and redeem it. It starts the day before, with whispers in the hallway about a snowstorm coming. You immediately start hoping, praying, doing ancient snowdances, whatever you can think of. If the storm is bad enough, your parents let you stay up late and watch movies because there's just no way school happens. Then you wake up, you hear the phone ring and patiently wait in your bed for the news. Once the door to your room cracks and your mom lets you know your schedule is clear you spring out of bed, BAM, you'd already changed into your snow gear and were ready to go. You run around the neighborhood and round up the gang, it's time for snowball fights and snowman building and sledding. Maybe some pond hockey if you're lucky. Snow days were Christmas and the weekend all rolled into one, and to hear that they're most likely gone forever is truly disheartening.

Even though they were probably gonna be gone forever in like a decade anyway because it doesn't even get cold until late December nowadays, but still.