You knew right as the day was starting that this beauty was going to be an #InOne Hall of Famer. 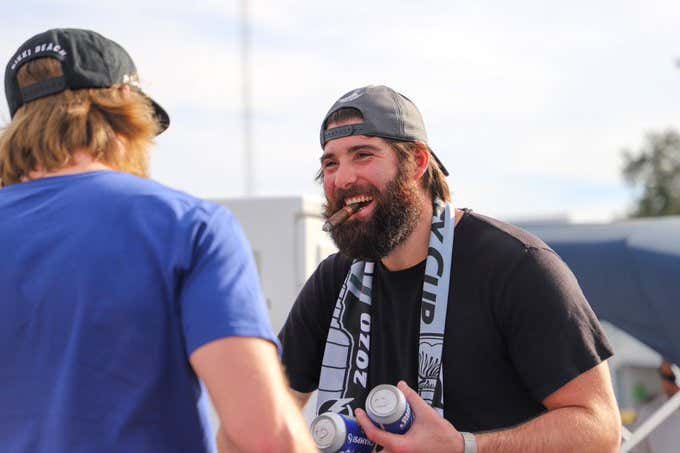 Doubling up on a couple of Bud Lightnings, cigar in mouth, buddy looks happy as could be. The only issue with this photo is that his shirt was still on. It was only a matter of time before he popped that tarp off. Might have had something to do with when he went full on Gretzky in the '87 Canada Cup and pissed his pants spilled a bunch of booze on his pants.

And the best thing about Patty Maroon is he understands that sharing is caring. Always gotta share a couple of cold ones with the boys and girls. The People's Mayor type of shit right there.

"I'm the Big Rig and I'm back-to-back". Guess when it's your 2nd Cup parade in as many years, you know a thing or two on how to get the party started. What a beauty.

P.S. - I said it yesterday and I'll say it again, we need more Stanley Cup Boat Parades. What a scene in Tampa.