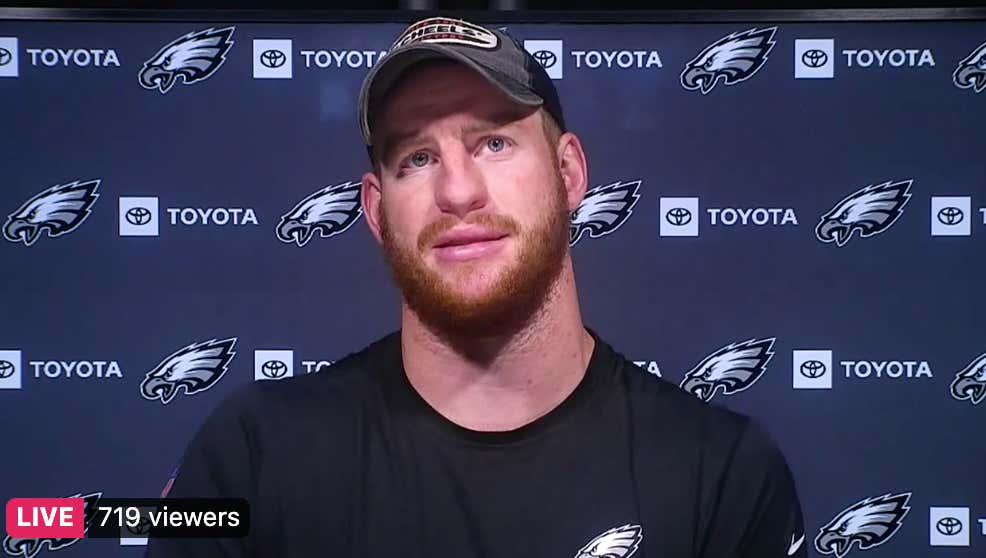 Maybe. Who knows. Probably gonna be a little difficult when Jalen Reagor gets put on IR, Dallas Goedert has a fractured ankle, DeSean Jackson is old and injured, Alshon Jeffery still isn't back yet, JJ Arcega-Whiteside is a worthless bum, and Zach Ertz gets doubled all the time leaving Greg Ward as your only option to throw the ball to. But now that Carson Wentz is wearing his hat forwards, anything is possible.

Glad Colin Cowherd could talk some sense into him. Now he looks like the face of a franchise. Now he looks like a starting quarterback in the National Football League. Keep your schedule open in February, we've got a Super Bow parade to stay ready for.