The Big Man on Campus.

I've been called that since my late teens. I have been gambling pretty much my entire life. I remember some of the first bets I ever made on football and how if I'd bet a 3 team parlay for 10 bucks and would win, I'd make 60 bucks. It wasn't until after high school when I was working a regular job did I realize I could make it half a real career. At that point, it was clear just going by Jeff Nadu wasn't necessarily a good idea. I always knew I'd be transparent in who I was, but I needed a moniker. At that time and still today my bread and butter from a gambling prospective is college sports, particularly college basketball. At 19-20, I wasn't obese or fat. I was like 5'9 220-225. I was for sure stocky, but not out of control. I remember vividly one night going over to my parents for dinner and mentioned it in passing. What do I call myself? Now, my parents have always been super supportive of me doing what I wanted to do. And though I think early, thought it was kind of stupid or was never gonna go anywhere, they were always supportive, but in the back of their heads said "where did we go wrong." My family is full of self employed businesses so deep down I did feel like they always were proud of me doing it on my own. So long story short, my mom mentioned the name, Big Man on Campus. It wasn't ever supposed to be a literal thing, but it stuck and then slowly but surely it became a literal thing.

By the beginning of 2020, I was 330-335 lbs. I tried to wear it well and kind of just accepted it.. But deep down I knew i was selling myself short considerably. But I had something from a career standpoint I was doing that I was happy with, I found somehow a complete 10 that liked me for some reason and things seemed good. But they weren't. I was incredibly unhealthy. I had high blood pressure. My self esteem which i thought was good wasn't. I didn't do certain things, would become somewhat reclusive and compromised with being what i was. I guess also for years I had been called names on the internet, but from then and up until now I never cared. It was just some asshole on the internet. But it was time I do something to feel better and to in a way kill everyone with my success.

I remember the point I decided to do something about my weight. It was March 12 I believe, right before the entire country shut down because of COVID. I went to HQ to do Picks Central and to meet with Dave about coming on the work with Barstool. I remember coming home that night and how exhausted I was. I shouldn't have been that tired. I also remember watching the video playback and some of the still shots.. I was gigantic. I wasn't happy with what I saw.

The next couple of days sports shut down and I had plenty of free time. It was March 20th, I weighed 338.1 lbs. It was the highest weight i'd been at it in my life. It was time to stop fucking around.  I knew it was something that I'd start slow with but I'd research to make sure I could not only lose weight but create a lifestyle that I wouldn't ever delineate from. I heard about intermittent fasting and I become fascinated by it. I remember watching a clip from the Joe Rogan Podcast where he had this doctor on that specialized in fasting and dieting. He talked about how he only ate one meal a day. I remember also talking with Muslim friends of mine that fasted for Ramadan and they mentioned how easy it was. I thought to myself... "how in the hell am I not gonna eat for 18-19 hours. But they continued to swear by it. I researched more and just tried it.

I normally wake up at 10am. I am a late night guy and late riser. I shot for black coffee when I woke up and had no food until 2pm EST. At first, by 1/1:30, I would get really hungry, but after awhile I just kind of powered through. At that point I just started with a simple meal. PBJ on whole grain wheat bread. I then daily at 4:30pm EST would stretch and go outside and at the beginning, walk a mile. Day by day, I began increasing the amount of the mile I'd run. At first, I could barely walk a distance without being a bit tired. Slowly but surely I worked it up. It was something quick, but it broke a sweat, got my heart moving but didn't bother me much. For dinner at 6:30/6:45 pm, I ate pretty freely. I involved a lot of chicken Caesar salads with light dressing and whatever I wanted. Wraps, a steak, pizza occasionally, a burger but instead of roll I'd use lettuce wraps. Instead of french fries I'd eat broccoli or a better starch. I didn't take away good food. I never have been a fast food kind of guy. I don't drink or smoke weed so eliminating french fries, chips, sweets and that kind of stuff was easy for me. I stayed away from cheesesteaks or hoagies a few times a week to maybe once a week and with fasting I stopped eating after 7pm EST. One of my biggest issues before I started all this was late night snacks and or soda/iced tea. It takes some willpower, but eventually you get used to it. I started ordering liters of Fiji Water and drink multiples each day. Nothing to drink but water and black coffee in the morning.

The weight began to fall off and as I get better with stamina in the cardio I started running longer and farther. I also incorporated pushups into my routine after my run. I started with ten at a time on my front step. then 5 sets 10 times and now I'm up to 150 a day. 25 at a time 6 times. I then finish my workout with a couple hill climbs near my house. All in all it's about a 35 min workout. It's easy and I feel great. During June/July I started wearing a full tracksuit, it may or may not cause me to sweat more but the weight fell off. By July 20th I was down 60 lbs. I went to a small (socially distanced) birthday party for my mom. I got so many "have you lost weight?" or "you look different from when we saw you last." It was motivating for me, I fed off of it. I tracked my progress on twitter and did videos. 70 lbs came... then 75 lbs and now i'm just south of 80. But the thing I'm proud of most is how it became a lifestyle. It's part of my life now. Not every day is easy. I still have a piece of birthday cake or a good meal when I go out. But I only eat during my window. There are days when I don't feel like doing cardio, but I do it. I never knew I had this kind of willpower, but now it's just part of my life.

This is me the other night compared to March:

Not only do I look different. I also became mentally stronger. I feel good. I wake up feeling better, more fulfilled and proud of myself. I have a new found confidence, I'm more arrogant than I ever was. I don't settle anymore. I don't accept excuses from myself and I don't want to be mediocre. 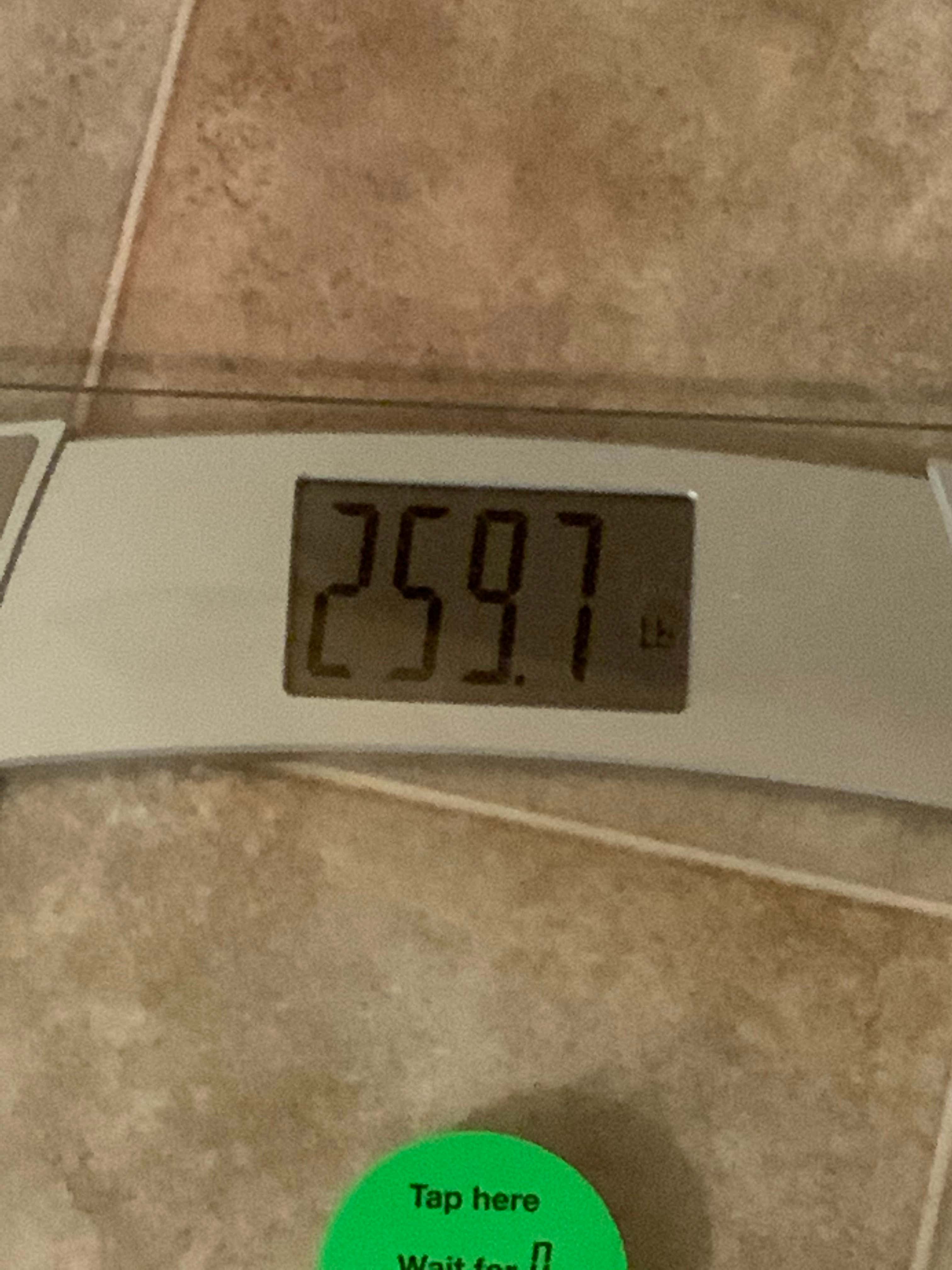 I know I still have work to do. I wanna get to 100 lbs next, and maybe 110 after that. Maybe even get back to where I was when i was 19, 225. I also know at some point it won't be as easy to drop weight but its changed my thought process and how I live my life. This was the last mountain I wanted to climb from a personal prospective. I'm proud of what I've done in life, but this was the last climb. Other things will pop up good and bad, but I''ll be better prepared to handle them.

Most people say 2020 has been bad for them. It has been. I don't ever wanna live a year like we have but there was some good that came out of it. I for the most part have achieved a goal of mine and whether you like me or don't you'll see how hard it was and maybe deep down, you'll change something. Because at the end of the day, we all need a little maintenance done on ourselves.

Oh and by the way, the girl I told you about I had, she dumped me in April. She was my main motivation for all this. Someday I'll see her and she will be surprised. I only wish I could've been the best guy I could of been. Either way,  fuck her. Her loss.

I'm here if you wanna chat, or need some advice. I'm no fitness expert. But things have worked for me. Good luck if your trying to better yourself. Just start with a walk daily, leave your phone at home. Start drinking more water. If I can do it, you can do it.