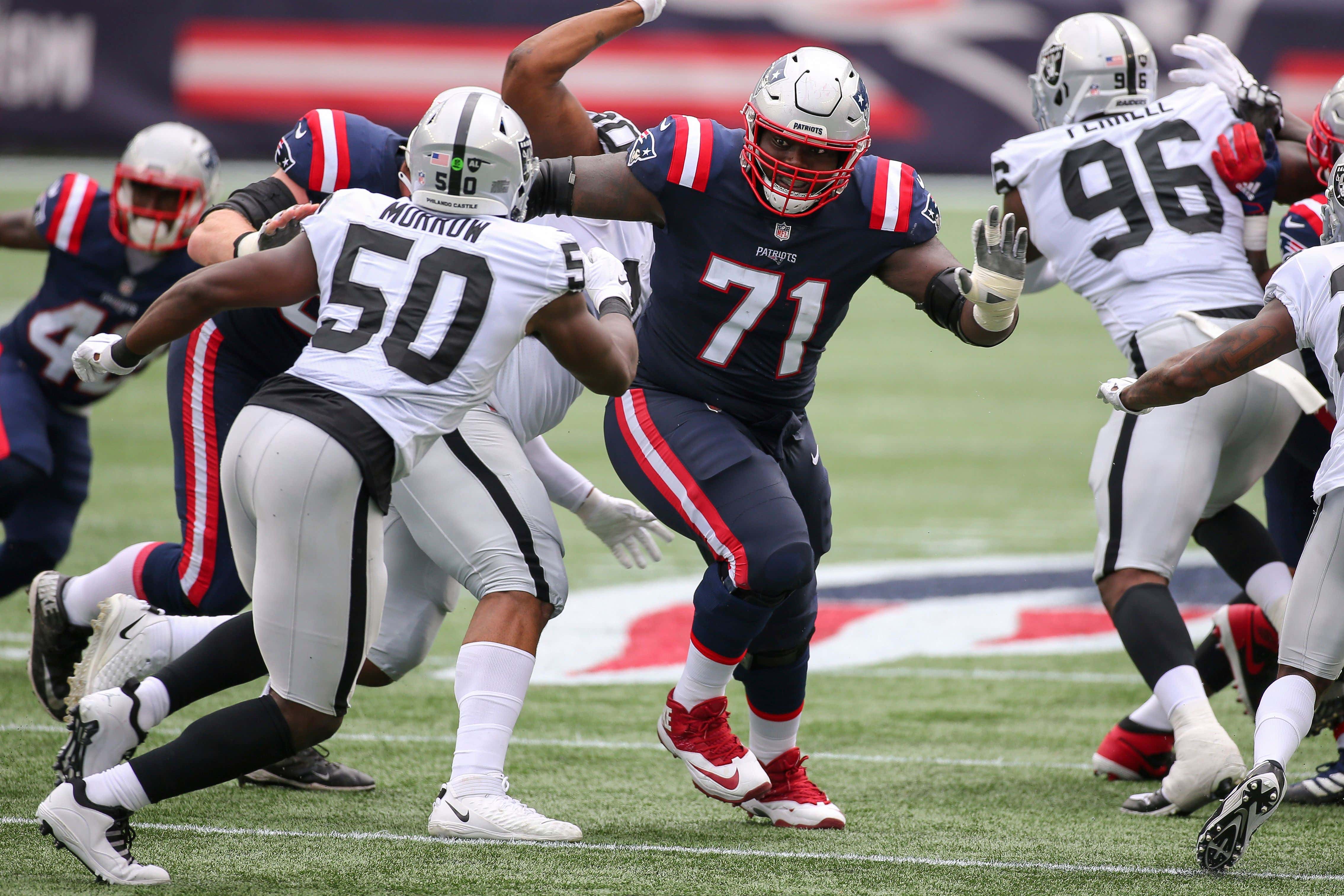 Wolverines Wire - When Michael Onwenu was drafted in the sixth-round overall by the New England Patriots, very few anticipated that he would compare to the likes of Joe Burrow, Jerry Jeudy, Tua Tagovailoa, CeeDee Lamb or Clyde Edwards-Hellaire. …

However, through three weeks of NFL play, while not all rookies or draftees have played, it’s Onwenu who’s outplayed the 181 players taken before him to this point.

At least, that’s how PFF sees it, as it has Onwenu as the top-graded rookie thus far, ahead of first-rounders such as WR Justin Jefferson from LSU and OT Mekhi Becton of Louisville.

While the grading, of course, comes from scouting the game film, play-by-play, PFF sees a lot it likes out of Onwenu.

WolverinesWire spoke to Pro Football Focus associate director of content Austin Gayle about why the scouting site is so high on Onwenu, and he shared PFF’s reasoning behind having Big Mike atop its rookie board.

“Michael Onwenu ranks sixth among all guards with at least 75 offensive snaps this season in percentage of positively graded plays, per PFF,” Gayle told WolverinesWire. “He also ranks fourth in terms of negatively graded play rate, an absurd mark for a rookie. …

“New England has struck gold in the trenches again. They continue to show they’re head and shoulders above everyone else when drafting and developing offensive linemen.”

"Struck gold in the trenches again." I like the sound of that. Just GM Belichick - the guy who's always doing a disservice to HC Belichick by not knowing how to draft - coming up with another monster along the line of scrimmage. And finding another massive nugget at the same mine where he dug up last year's best talent on the defensive side of the LOS, Chase Winovich.

Remember how the biggest loss this offseason (apart from #Braxit) was going to be Dante Scarnecchia? A coach so legendary that Cole Popovich and Carmen Bricillo were hired together to form a Voltron of O-line coaches to replace him? Well I'll die before I ever say Scarnecchia is not a loss or allow anyone else to. But give Popovillo credit where it's due. Because Sunday against the Raiders was Michael Onwenu's first career start. Also it was his first significant time playing guard, having moved around the line, mainly as a third tackle/blocking tight end in short yardage and goal line.

And all he did was not only help establish he's been the best rookie in the league so far, according to the PPF analytics droids (paywall):

How about the sixth-round rookie Michael Onwenu jumping up to the top spot? Over the first couple of weeks, Onwenu saw a good chunk of his snaps come in either jumbo sets or at right tackle, and he more than held his own, earning a 78.0 PFF grade over 51 snaps in that span. …

He allowed just one hurry across 32 pass-blocking snaps and was a people-mover for the Patriots' rushing attack, generating an 83.6 run-blocking grade across his 37 snaps as a run-blocker.

Despite logging snaps at three different positions in three games, Onwenu has now produced an 87.6 PFF grade for the season, fifth among all offensive linemen regardless of position. It's starting to look like Bill Belichick and the Patriots got themselves a steal.

Note: There's that word "steal" again. While he also made PFF's Team of the Week:

What's more, he's also graded out as the second best guard in the NFL, period. 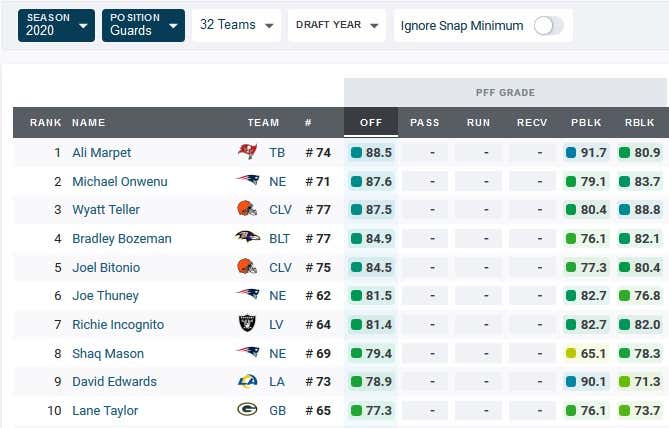 You might note that two of the other nine names on this list were also drafted by the same failed GM who has no eye for college talent.

I mean, it's not like this team has no experience with sixth round picks out of Michigan quickly becoming among the best at their position. But in the past, that took a year or so. How has this one, the 182nd selection overall, established himself so quickly? He's 350 pounds, he can move, he's smart and his tough. I'll let Genna Rose and these Wolverines writers explain:

Not bad for the 14th player taken at his position.

The Patriots made a huge investment in Joe Thuney by franchising him this year. And there were immediate concerns they'd have to find a solution at left guard for 2021 because there was no way they'd pay him that much next year. Looks like they've solved that problem before it ever comes up. Imagine how good this team would be if they knew how to find talent.