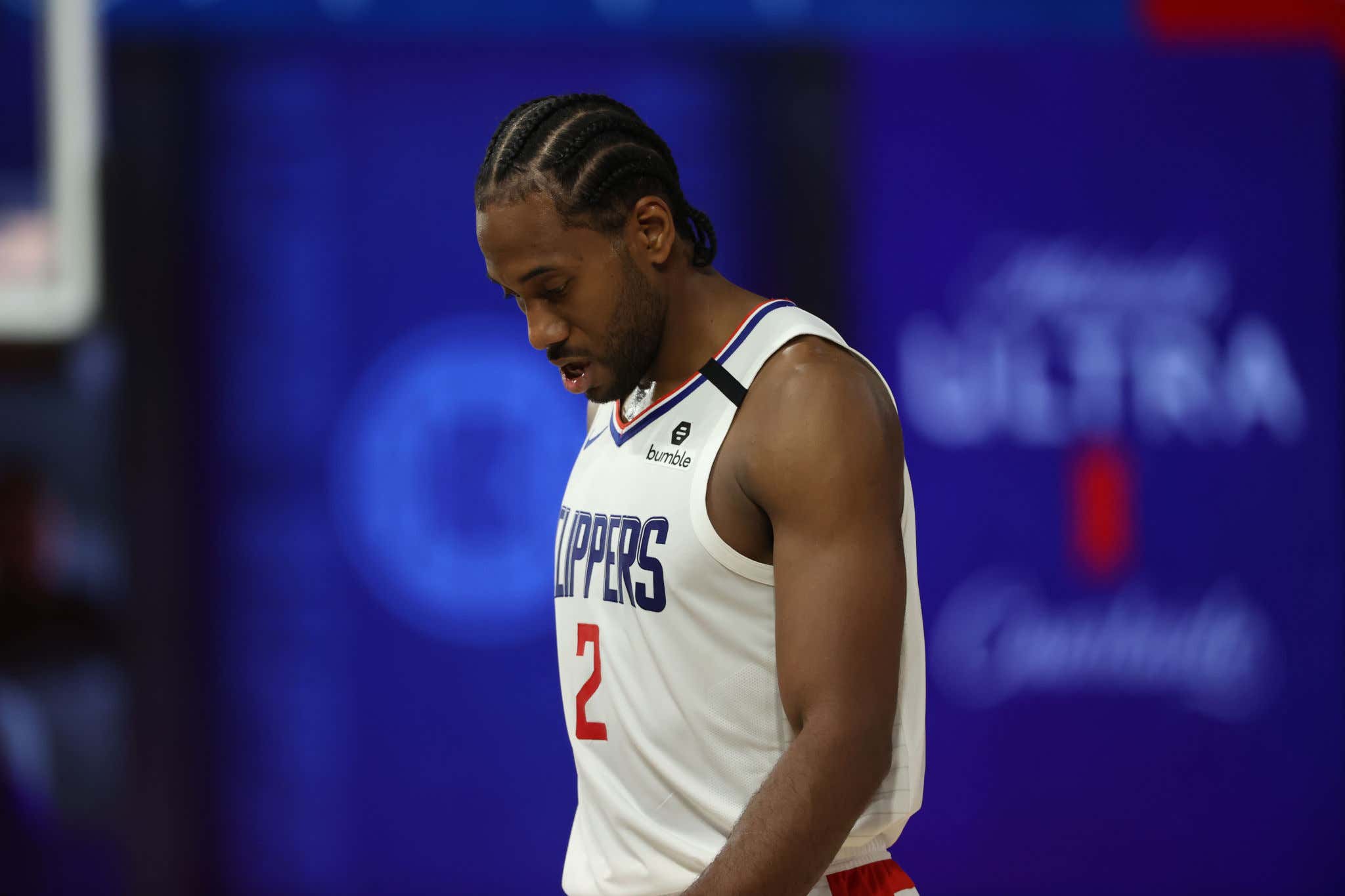 Every once in a while we get a thread in NBA Twitter that really makes you think. I have to say, I came across one last night that did just that and the focus was around Kawhi Leonard. See for yourself

First off, standing ovation for "Palmdale Wesley Johnson". That's A+ stuff right there

Forget Playoff P or Pandemic P or any other nickname. Palmdale Wesley Johnson is the best I've ever heard when it comes to Paul George. But let's get back to Kawhi Leonard for a second.

It is weird how he sort of skates by right? Is it because he's so quiet? Think if any other player of his caliber, I'm talking top 3-5 player in the league, currently had a run like what is laid out in that thread. That player gets KILLED for it. It's this weird dynamic where he did come through in SA and TOR to win those chips so I imagine that shuts a lot of people up, but when you think of the Clippers collapse this postseason, who gets the blame? Paul George. Isn't that a little weird when Kawhi Leonard was also on that team and was just as terrible in the fourth quarter of multiple closeout games? Then you have the whole Doc Rivers situation and these new reports that Kawhi raged when he was taken out for Landry Shamet in a random game in February. He obviously had to sign off on Doc's firing and yet you haven't heard much about him being a "coach killer" or anything like that. You can't say the same for Kyrie/KD when Kenny Atkinson got fired this year if you remember. That certainly has been said about LeBron before.

I just find it fascinating that a player of his stature never really seems to be given any of the blame or catch any heat for how his career has gone. Substitute that exact scenario with someone like LeBron. Is the narrative the same? Or someone like Durant or James Harden. For some reason nothing ever comes back to Kawhi, which is weird. He gets a pass for how things ended in SA for some reason, nobody really cared that he left TOR after winning the title, and then nobody really got on him after his Clippers team massively underachieved with Kawhi playing like shit down the stretch because of what he did as a Raptor. What other elite star player gets that sort of treatment? Isn't it usually the opposite, that the better you are as a player the more you force your way into certain situations, the more heat you get when you fail in historic fashion?

Just look around the league. Steph Curry gets slandered every day on the internet for not having a Finals MVP. Durant and Kyrie get killed all the time. Nobody is scrutinized more than LeBron. They have the titles and the success and MVPs and they don't get a pass like Kawhi does. I think that's fair to point out.

There is no denying Kawhi's talent level. He has proven he can put a team on his back and carry them to a title if everything breaks right. But there's also no denying that the narrative surrounding him is so much different from what we normally see when it comes to a top 3-5 talent. He's one of the few players that never get any blame. That's a good spot to be in I guess if you're Kawhi. You get to call all the shots and when things don't work out it's never on you because of what you've done in the past.

Pretty sweet gig if you can get it.