So I believe that this is what we’ve been referring to as “Wham Sauced” lately? Did I do that right? That beast of a woman looked like Scott Stevens patrolling the blue line out there.

Here’s something that is beautiful about life: Did I wake up this morning ever hearing of Netball in my life? No I did not. But now I want to know everything about it. Need to get the Netball GameCenter package on Xfinity. If these are the types of collisions we get in the women’s game, imagine the type of carnage we can see with a bunch of a juiced up meatslabs ready to tear someone’s head off. Now from what I’m getting out of this clip, it looks like Netball is a mixture of basketball, handball and rugby. So you know that this type of thing has to happen in every game. And it looks like this could be one women’s sport that’s actually worth getting invested in. You’ve got New Zealand and Aussie chicks just prancing around in sundresses trying to kill each other. Leg shows and bloodbaths. That’s what Netball does. 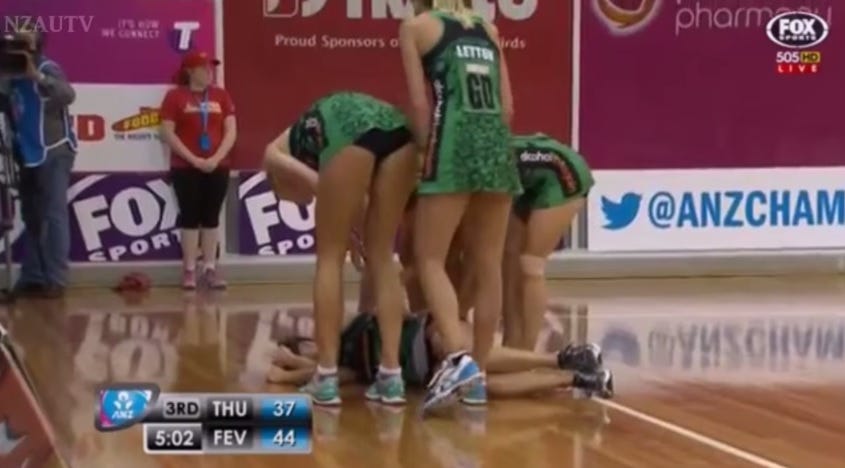 They just don’t come any tougher than Ash Brazill.