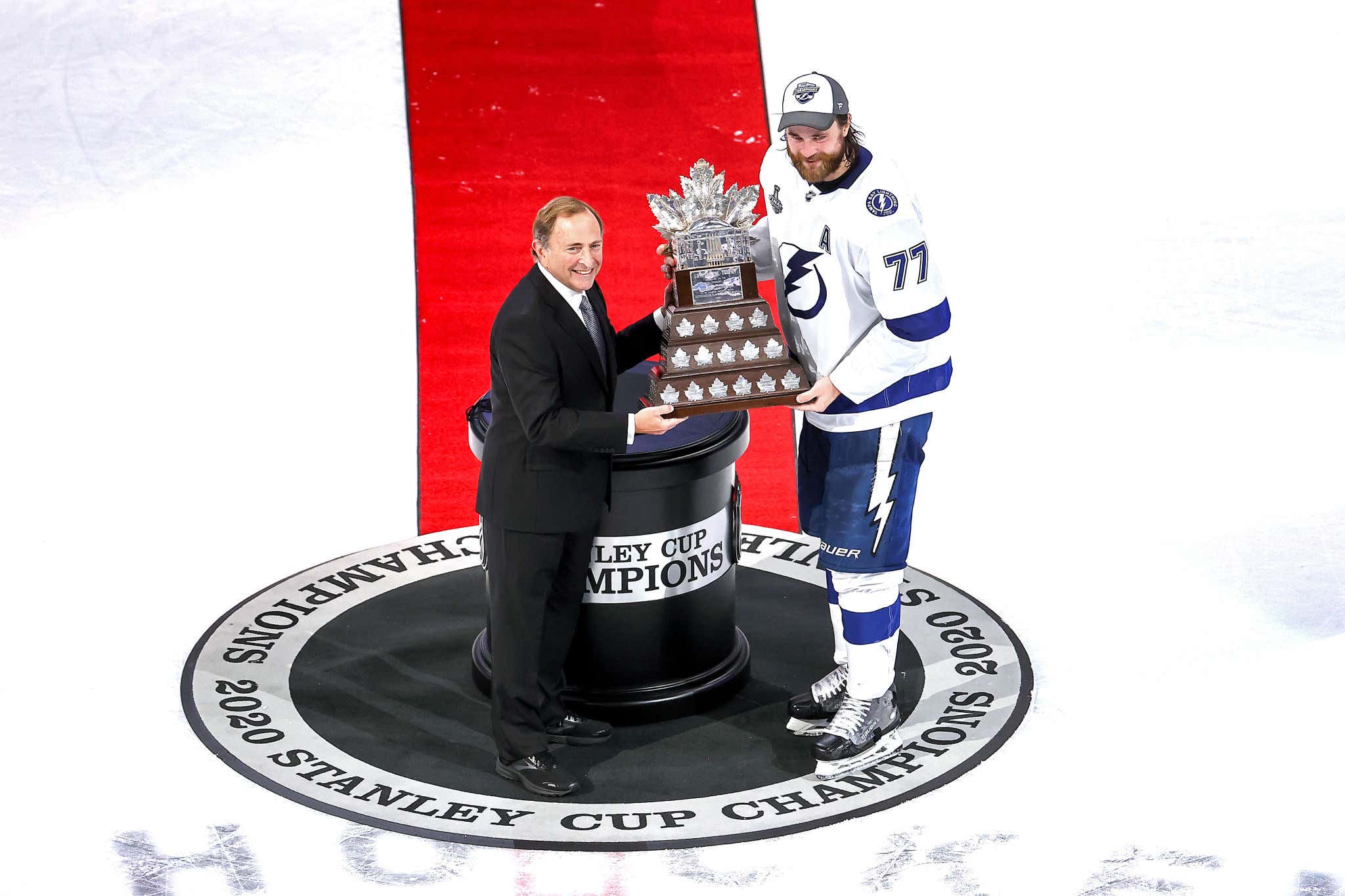 Nicklas Lidstrom's NHL career began in the 1991-92 season. It is absolutely no coincidence at all that there was in influx of elite NHL defensemen from Sweden who were all born in the 90s. Guys like Victor Hedman, Erik Karlsson, Oliver Ekman-Larsson, John Klingberg, Rasmus Dahlin (technically 2000 but whatever). These are all guys who grew up with a 7x Norris Trophy winner as their idol. The same way that every kid in America grew up pretending to be someone like Michael Jordan, you had every kid in Sweden growing up pretending to be Nicklas Lidstrom.

But with all of these top tier NHL defensemen to come out of Sweden over the past decade or so, nobody has come closer to being the 2nd coming of Nick Lidstrom than Victor Hedman has. Night after night, this sick bastard is the most terrifying man on the ice. And not just in the sense of the physical presence that he brings to the game, but because the opposing team has to know that they're rarely ever going to get anything going while he's out on the ice. And not only is he absolute nails defensively, but he also gets it done on a nightly basis in the offensive zone. 10 goals in these playoffs for Hedman. TEN. Just an absolute killer.

Hedman already had 1 Norris Trophy under his belt. Now he has a Stanley Cup and a Conn Smythe to his name as well. It took Lidstrom 10 years to get his first Norris Trophy so Hedman is right on track with where he needs to be. It's been an elite generation of Swedish defenseman and Victor Hedman is the standard. What a player. What a beauty.

P.S. - Only makes sense that the Yzerman was the guy to draft Hedman after getting a chance to play with Lidstrom for all those years.