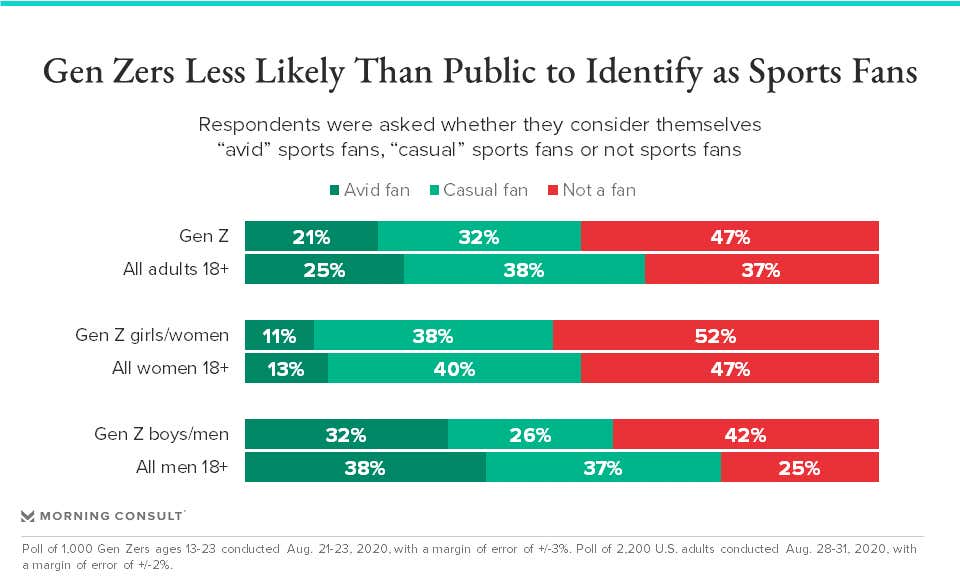 For the past 2 years or so, I've been hearing that E-sports are the future of the sporting industry.

At first, I rolled my eyes at it, but I kept seeing it from some pretty smart people, I started to believe it. According to this report, this prediction appears to be true:

Sports are just not as popular with Gen-Z:

E-sports are the first thing that made me feel old. I tried to get into it over quarantine, and I just couldn't. Even when I gambled on it. Just wasn't fun.

This is not great news for the MLB. NASCAR and NHL will always have niche audiences, but the MLB? I'm not sure. They need to make some serious moves to make sure they aren't forgotten about. Embrace social media and continue to make experiences at stadiums to be elite.

An analysis of recent Morning Consult poll results found that Gen Zers currently between ages 13 and 23 are less likely than the general population to identify as sports fans. Fifty-three percent of the 1,000 Gen Zers surveyed considered themselves sports fans, compared with 63 percent of U.S. adults and 69 percent of millennials in a subsequent survey. 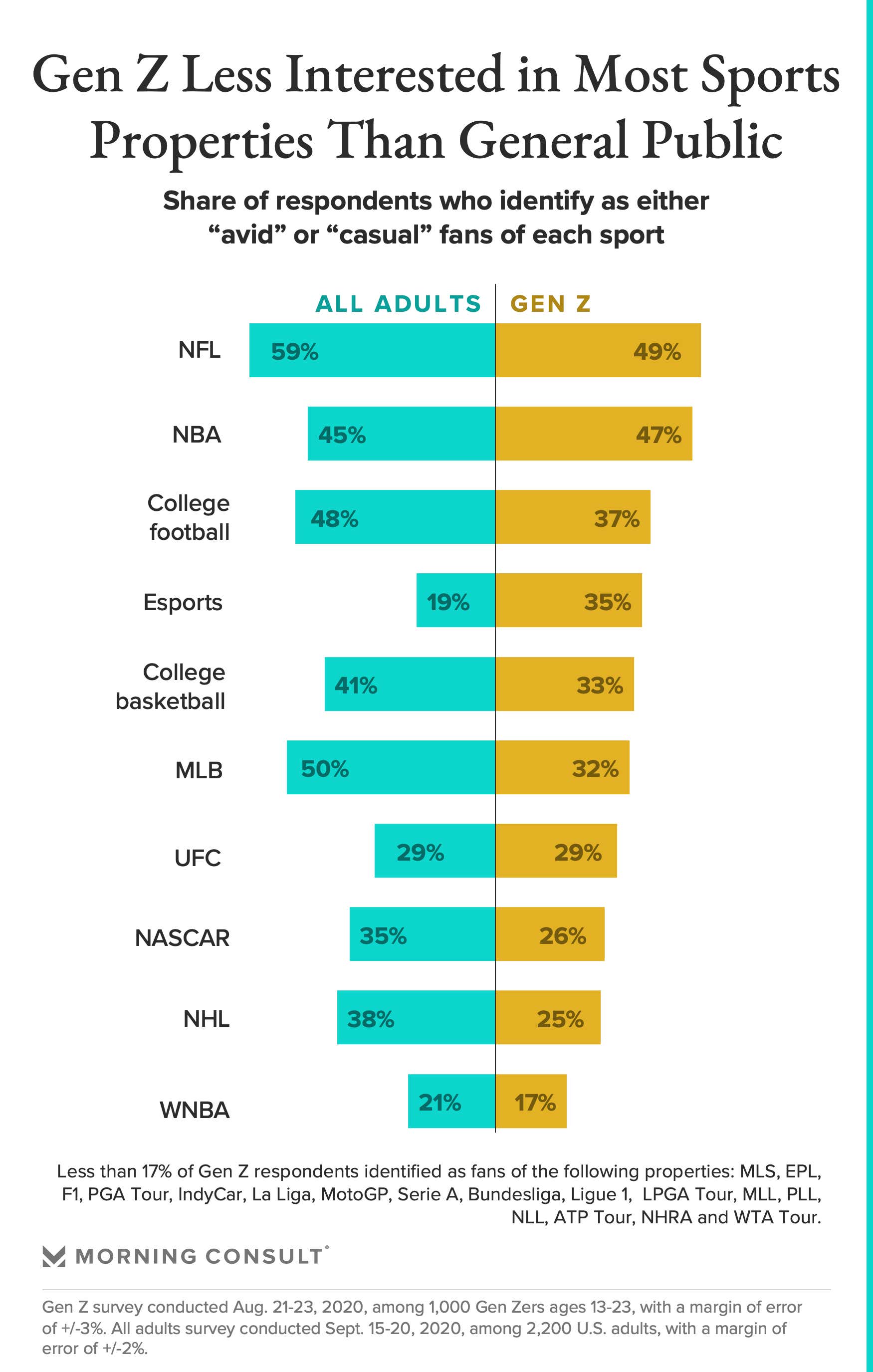 Who is this good news for? The NBA. However, Gen-Z doesn't watch the NBA (take a look at the ratings). Why do so many Gen-Z'ers identify as NBA fans? Because they dominate social media. Take a look at YouTube, IG, Twitter, etc. 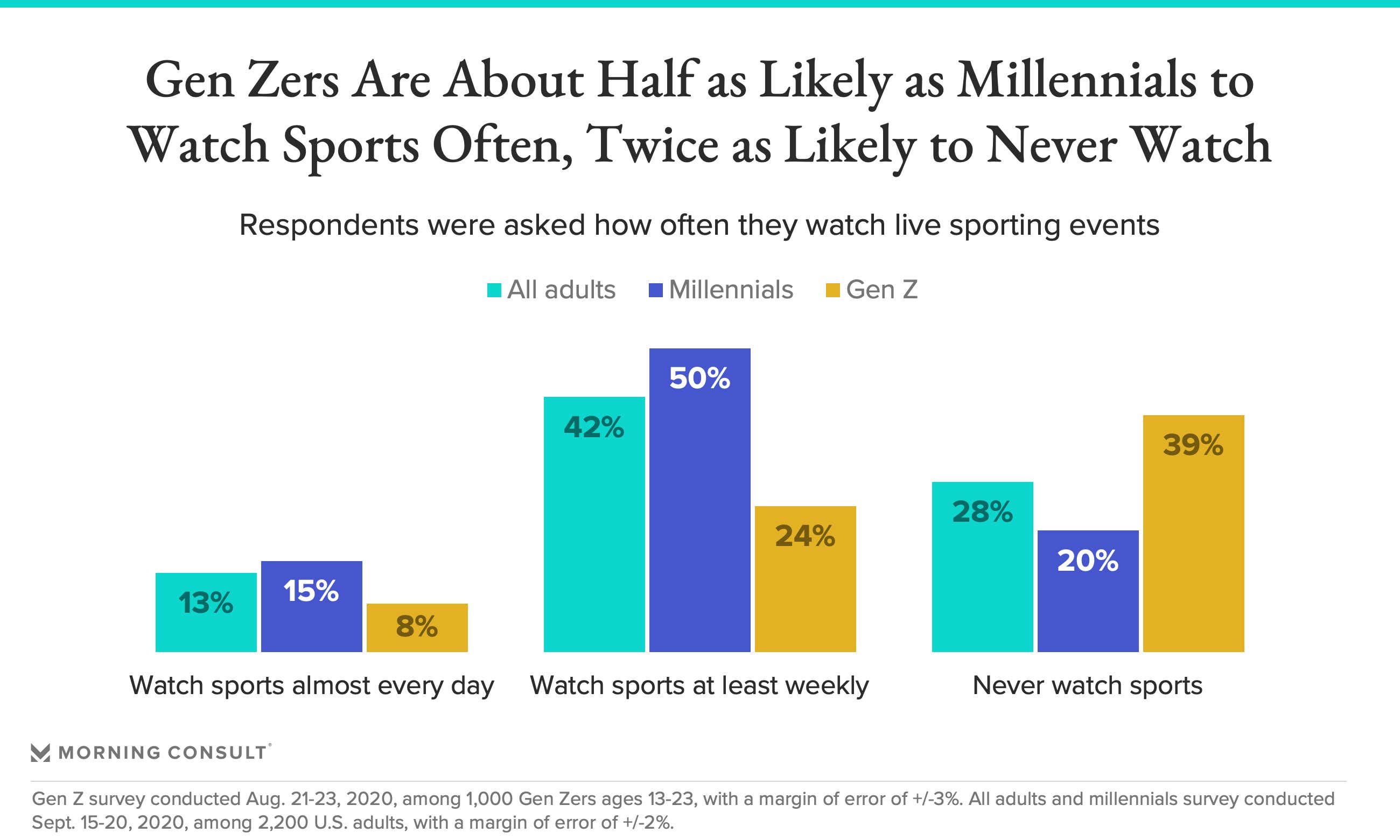