I found myself simply bored and indifferent of the Falcons' continuous bullshit as I watched them implode yet again on Sunday, to the point that talking about it didn't even really interest me because it seems so predictable at this point. But then I see things like this and it puts into perspective how truly insane what they've managed to pull off the last two weeks is.

After losing consecutive games in which they had double-digit leads in the fourth quarter, the Falcons managed to reel off a two-game losing streak the odds of which were literally almost one in a million. Here are the Falcons' win probabilities with just minutes remaining in each game: 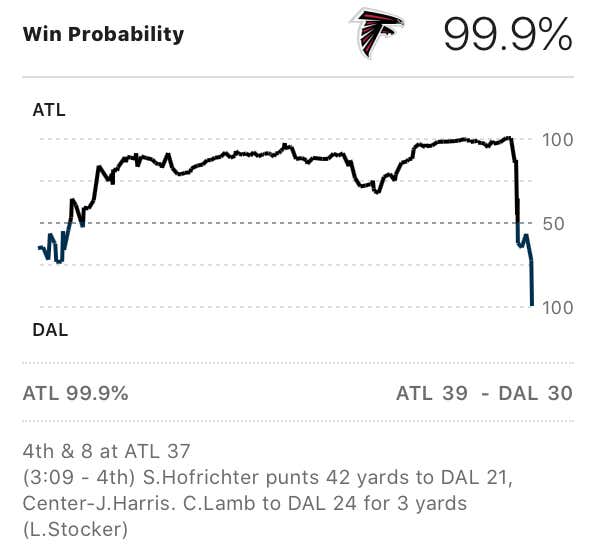 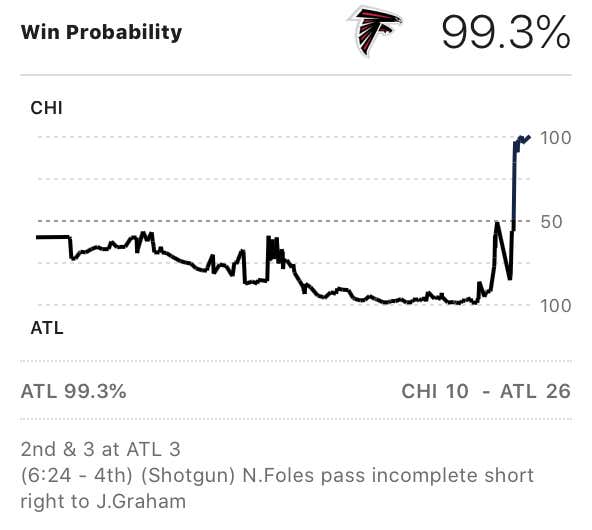 To quantify this differently, the Falcons had a 99.2 percent chance to win both games, let alone just one. And the odds to lose both were a mere 0.0007 percent. I'm not even mad. That's impressive.

At least the Falcons make some sort of history and give us something to talk about. If you're going to lose, you may as well do so with some style.