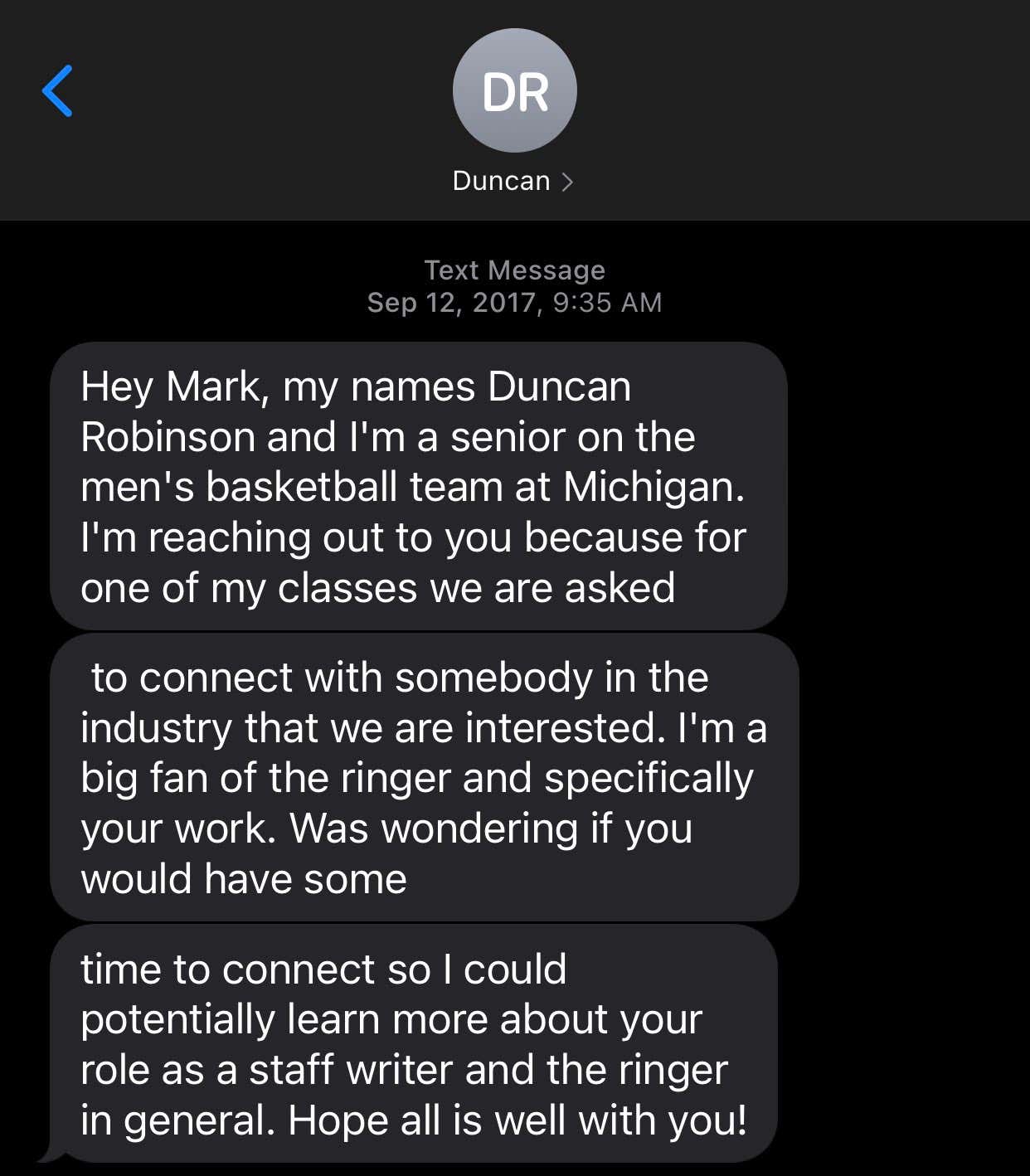 Just an absolutely preposterous text message for Mark Titus to receive from a fellow Big Ten student athlete. Like I'm sure that's how Duncan Robinson was positioning himself at the time in his head.

Dearest Mark, We have so much in common as former Big Ten contributors. Sincerely, Duncan.

Really though put yourself in the awkward 22 year old shoes of trying to cold-text your way into an internship. Even with 237 career three pointers made to your name and a Final Four and enough upside to hack it in Europe. Locking down that first job in your ideal industry is nerve wracking if not nearly impossible. Hilarious to think about Duncan Robinson being extremely nervous with that long ass text and exclamation point and all that shit. No offense and I mean that as a blogger, but staff writing anywhere sounds like a nightmare compared to what Duncan Robinson ended up doing with his life:

How about 30 minutes a night of shooting 45% from 3 for the Eastern Conference Champs? Just absolutely un-fucking-believable that this guy's out here trying to get some playing time in sports media before grinding his way into the Heat's starting rotation. What a remarkably strange turn of events for Duncan's career arc that actually now looks more like a scatterplot. You don't go to the prestigious Phillips Exeter Academy and then Division 3 WILLIAMS COLLEGE with an ounce of aspiring to play in the NBA much less completely fuck it up. And now Duncan will be contending quite literally for an NBA championship and presumable eternal glory.

I'd say good for him but he'd be building rockets or running a hedge fund without his NBA career. So instead I'd ask he save some for the rest of us. Nobody likes a ball hog.

Elsewhere congrats to Mark Titus. Without question you know he's adding NBA Mentor to the resume and nobody can blame the guy.

PS - Mark came on RLR in August if anybody happens to give a fuck. Naturally the Chicago boys will be pulling for Jimmy Butler