“We are twice armed if we fight with faith.”- Plato

The once lively gym suddenly grew increasingly quiet. Only Steve continued his workout. Other than him grunting out his last few old school sit-ups, everyone was making their way over to the ring, including me. Both fighters looked focused and ready to do battle; their pores open and a light coating of sweat covering their bodies. I'd almost forgotten that during sparring sessions fighters wore protective headgear and heavier gloves and I watched as the handlers laced up the gloves and began cinching up the headgear. Eddie climbed through the ropes and went to center ring, waiting for the fighters. He was the referee.

Unlike sanctioned fights, gym fights require no introductions. You knew the fighters because you either trained at the gym or worked there. I had done neither. The heavy breathing I heard beside me was Steve. He'd finished his workout and was wiping sweat from his face with a plain white towel, getting ready to watch. He leaned closer to me, and talking into my ear, Steve quietly told me a little history about each fighter, which I would later discover, was his passion. 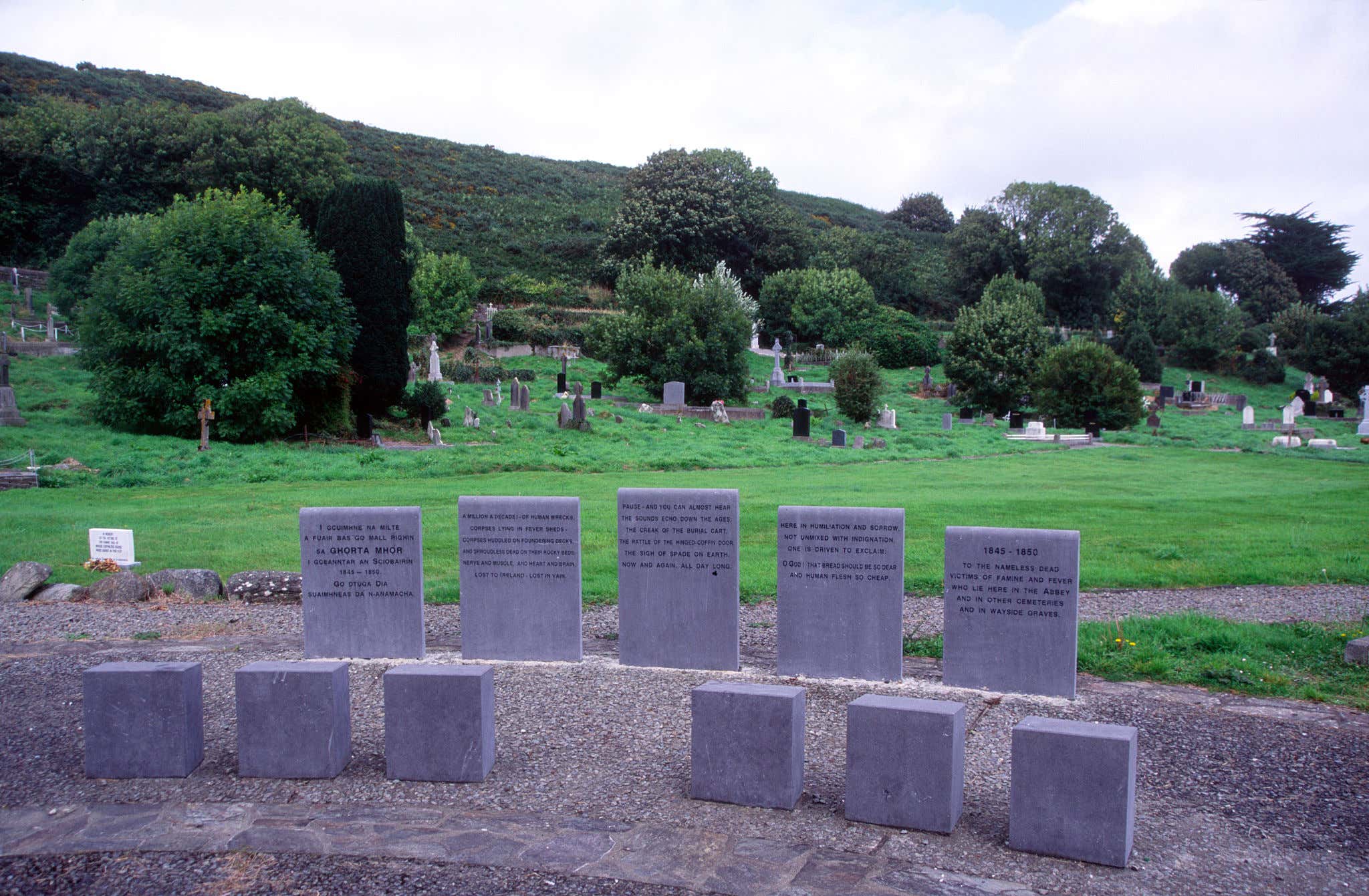 The white fighter was a 20-year-old kid from Fall River, Massachusetts named Trace McFadden. His family emigrated to the United States from Ireland in 1840 along with hundreds of thousands of others, escaping famine and starvation. As a history teacher, I read about the failed potato crops that caused the death of so many in Ireland, leaving dead bodies piled high in open ditches, some with mouths stained green from eating grass. According to Steve, Trace’s great-great-grandparents had been lucky, having made their way onto a sea-worthy ship headed for America, more specifically Fall River, where jobs were plentiful and the promise of a better life waited.

The ‘Great Fire’ in 1843 destroyed a large portion of the city of Fall River, and 200 families were left homeless. Steve said the McFadden’s were one of those families. 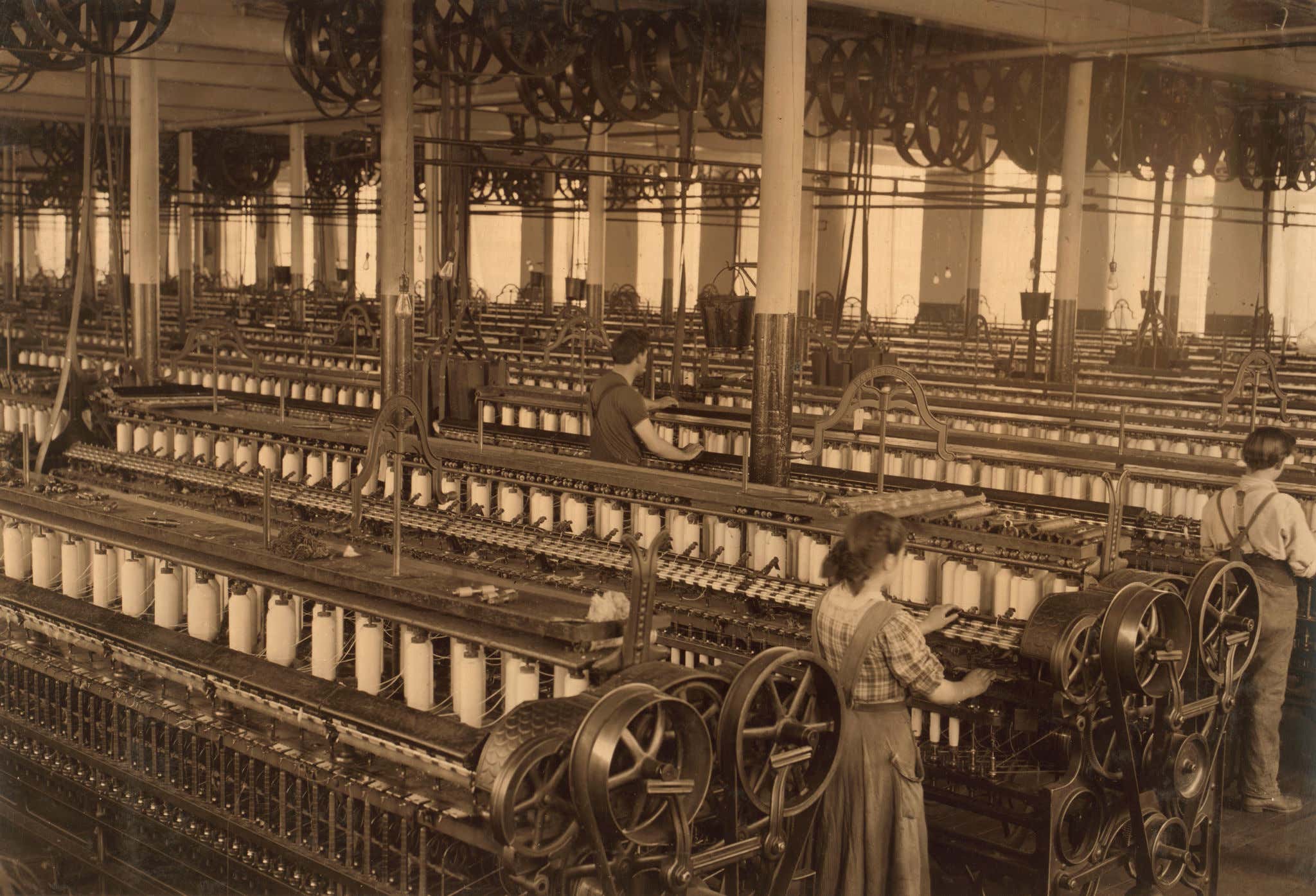 By 1868, Fall River had been rebuilt and surpassed Lowell as the leading textile city in America. With over 500,000 spindles and 1,000 looms, jobs in the textile industry kept the McFadden’s gainfully employed.

By 1910 the American Print Company (APC) employed 6,000 people and was the largest printer of cotton cloth in the world. Located on the shore of Mount Hope Bay, ships bringing cotton were able to dock just outside APC’s doorstep. Generations of McFadden’s had been employed by APC, but in 1924, facing strong competition from the South where lower labor and transportation costs prevailed, APC was forced to move much of their operation to Tennessee, and many of the local jobs were eliminated, including the McFadden’s.

By 1930, the Great Depression put many local mills out of business and the McFadden’s out of work. The city of Fall River was declared bankrupt and was managed by the state for the next decade. 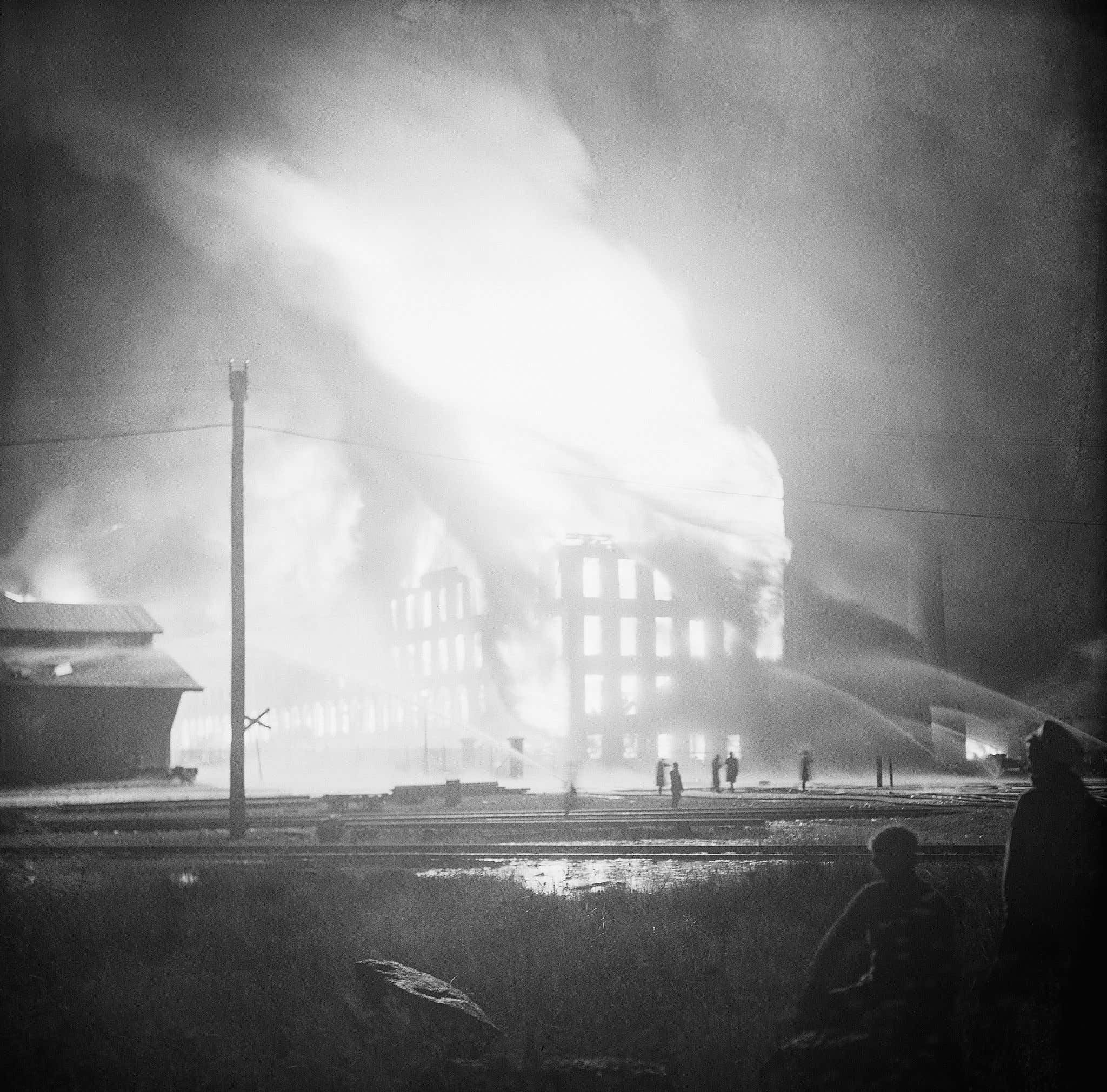 The American Printing Company closed for good in 1934, and their waterfront plant was bought by the Firestone Tire and Rubber Company in 1937, where 2,600 people were soon employed. The McFadden’s all took jobs there. In 1941, it was yet another fire, this time one that burned a large portion of the main building, destroying 30,000 pounds of raw rubber, that put the McFadden’s out of work again.

By the mid-1940s, the McFadden’s were all working in the garment industry, an industry that relocated from New York City and capitalized on the cheap factory space and eager workforce in Fall River. 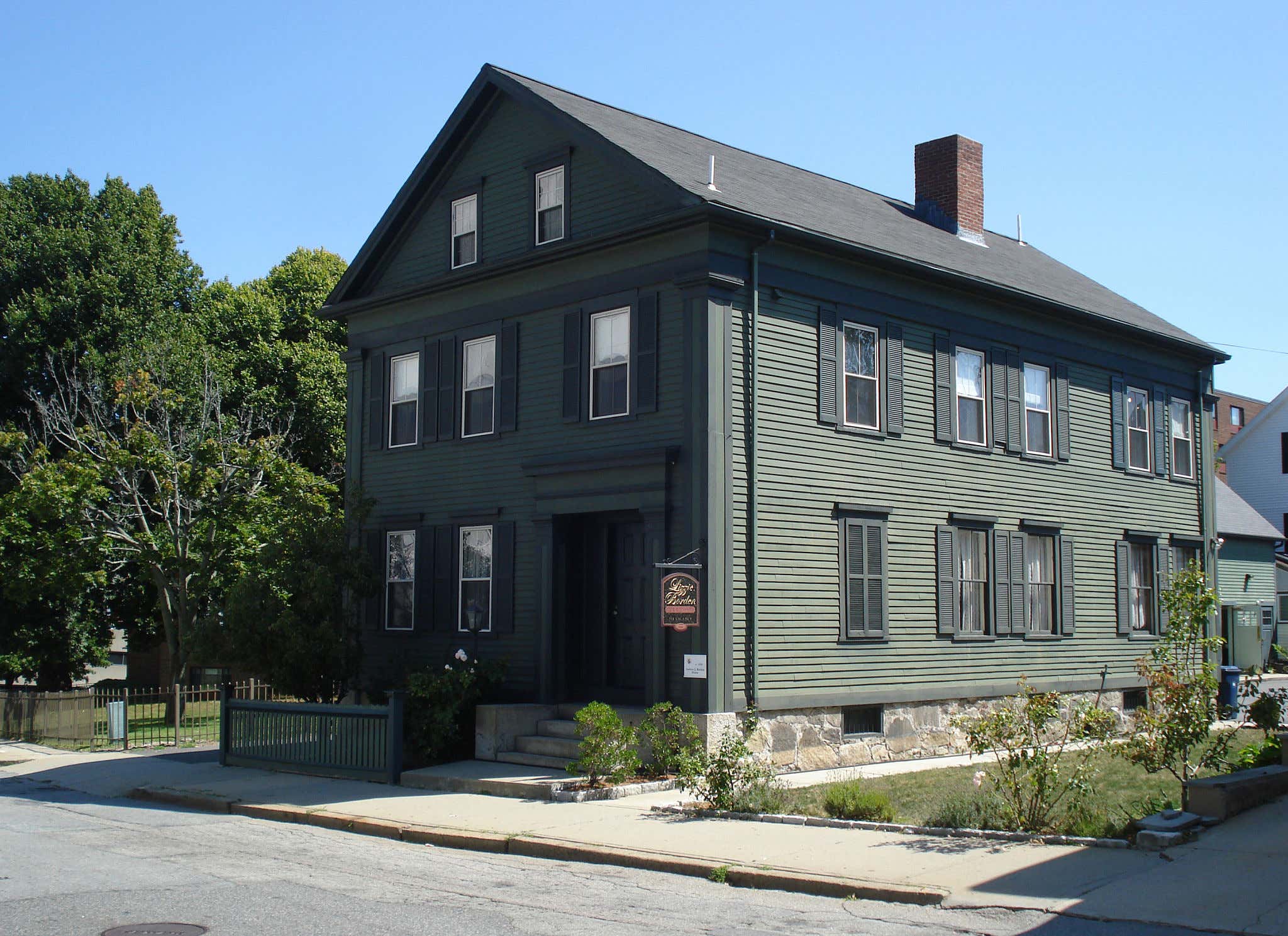 The McFadden’s remained in the same three-family house they purchased in 1921, in an older section of the city known as Corky Row, a neighborhood nicknamed “Below the Hill” that had housed many poor Irish immigrants since the mid-1800s. It was within walking distance of the home where Andrew J. Borden and his wife were ax-murdered in 1892.

Trace grew up in that same three-family house in Corky Row. It was rundown by then as were many of the tenements there, especially those that had been built by cotton mills in the mid-1800s, like the McFadden’s. Trace’s parents struggled with employment throughout their lives, and although they never went hungry, Trace grew up with few advantages. He cared about his family and his boxing career, understanding that his clenched fists provided the McFadden’s with their best opportunity. 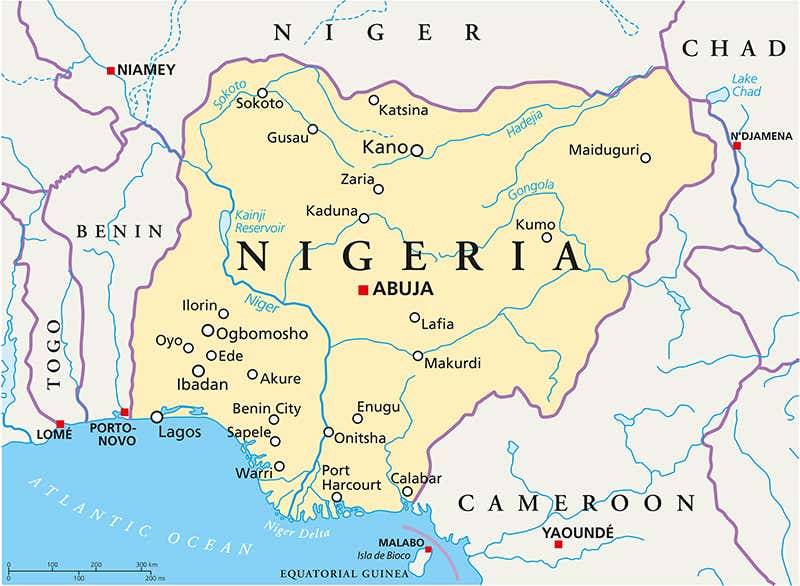 Amadi Akingbade (Ah-mahdee Ah-king-bahdee) hails from Port Harcourt, the largest city and capital of Rivers State, Nigeria, located on the southern coast of West Africa. Amadi means “destined to die at birth” and Akingbade means “strong/brave, one who wears the crown”. Both his first name and surname, defined his life, according to Steve.

The 21-year-old fighter was born in 1988, the same year Nigeria, Liberia, and Senegal instituted a ‘Population Policy’ limiting a mother to four children, spaced two years apart. Abortion was illegal in Nigeria and punishable by a maximum of 14 years imprisonment unless it was done to save the life of the pregnant woman. Amadi's mother was healthy and he was the fifth born into his family.

Lacking in skilled birth attendants, Nigeria has the second-highest maternal death rate in the world. Amadi’s birth was nearly part of that statistic. His entrance into the world was a difficult one because he was in the kneeling breech position, a position where the baby is in a kneeling position with one or both legs extended at the hips and flexed at the knees. In the States a doctor or midwife might have been able to turn Amadi, manipulating him into a headfirst position, and if not, a Caesarean section would've been performed. The unskilled hands that brought Amadi into this world had little knowledge of how to perform this type of birth. The fear is that during this type of breech delivery there can be umbilical cord prolapse compressing the cord, starving the brain of oxygen, and if prolonged, it can cause permanent neurological damage, even death… Amadi was lucky to have survived. 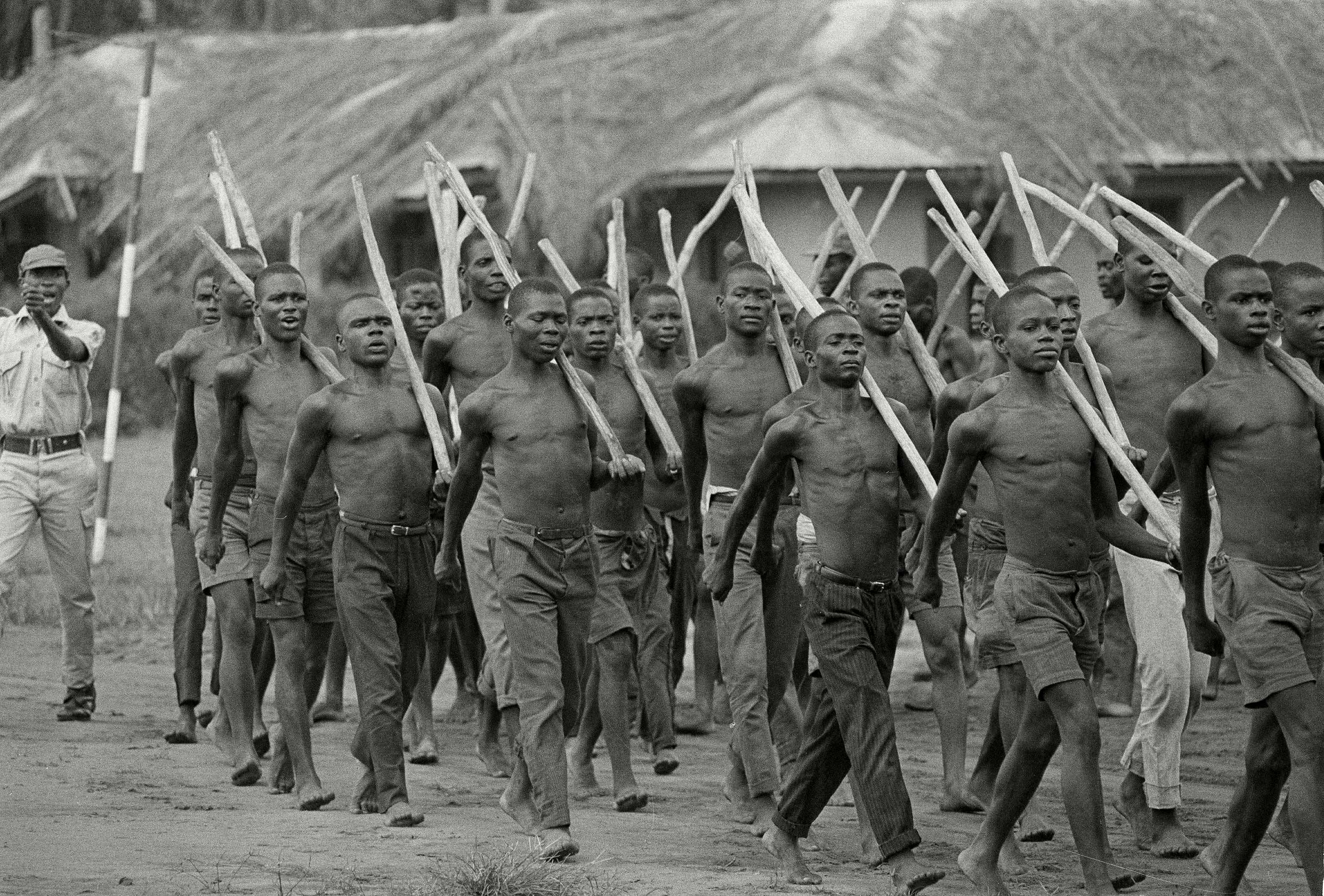 Even after gaining political independence from Britain in 1960, Nigeria was a country full of secrets, partly due to laws that prevented journalists from reporting the truth. If a journalist detailed government scandals, coup plots, or corruption within the armed forces, they were threatened with arrest, tortured, forced into exile, and even assassinated. There was a widespread practice of female genital mutilation, stoning, caning, amputation, discrimination, and extortion, all a result of military juntas’ activities. The truth about the Nigerian-Biafran Civil War, one that lasted a decade (1960-1970) was erased from school textbooks and the war was instead depicted as the preservation of Nigeria's unity. It's war criminals, those responsible for the genocide that took place, were lauded as heroes.

In the past, many Nigerian immigrants came to the United States to pursue western educational opportunities. During the nineteen-eighties, political and economic problems were exacerbated by the revolving military regimes taking power, forcing many to seek asylum. Abuse of power, denial of fundamental human rights including freedom of speech, human trafficking, poor health care, and general living conditions, along with an educational system described by many as dysfunctional, made living in Nigeria extremely dangerous. With passports becoming easier to acquire at the time, immigrating to the United States was a viable option. 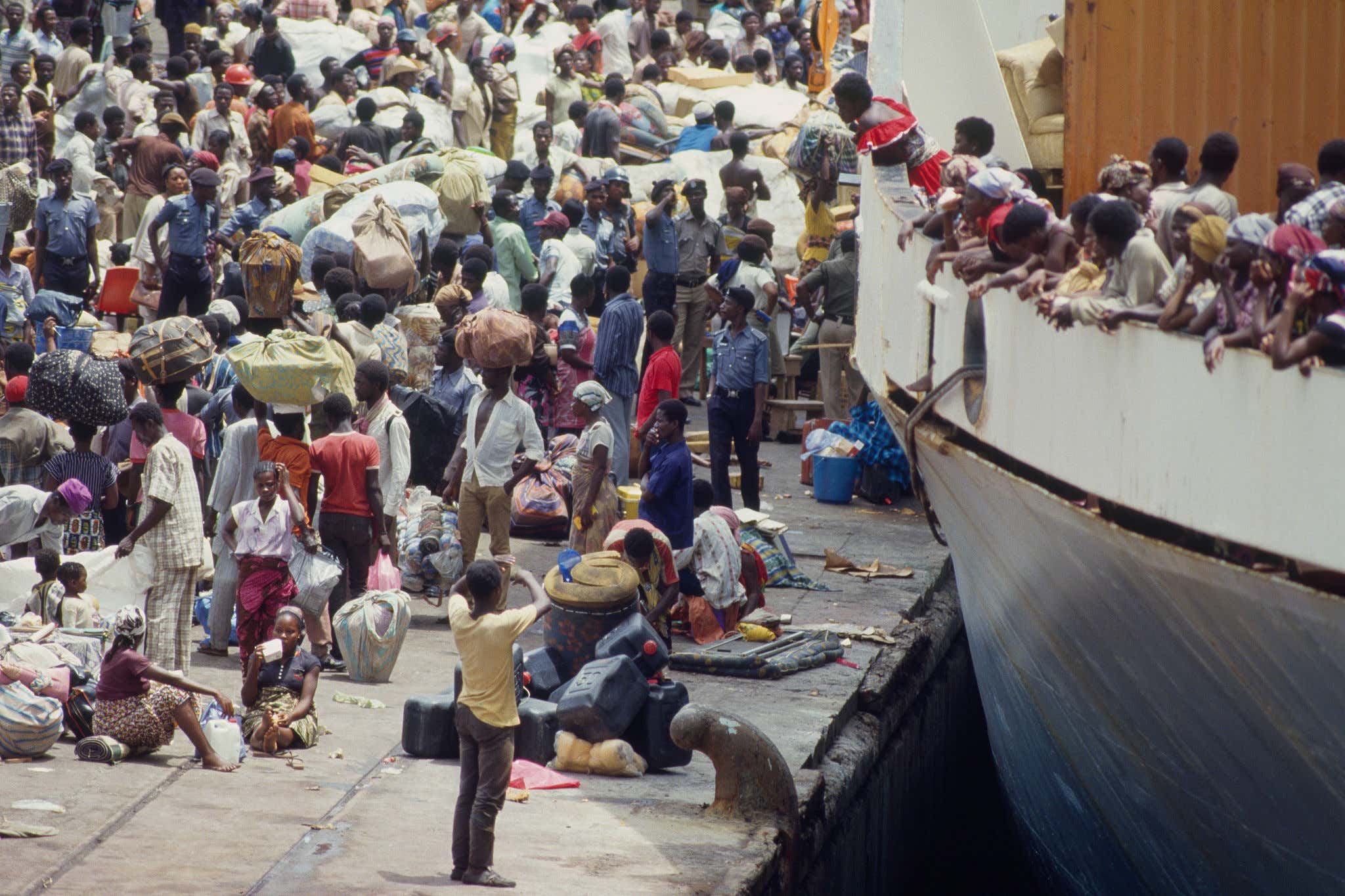 After Amadi’s father was murdered, his mother applied for and received passports for her entire family, enabling them to board a passenger-cargo ocean liner, leaving Nigeria for the United States. Amadi was fatherless, poor, and 14-years-old at the time him and his family disembarked in New York City. 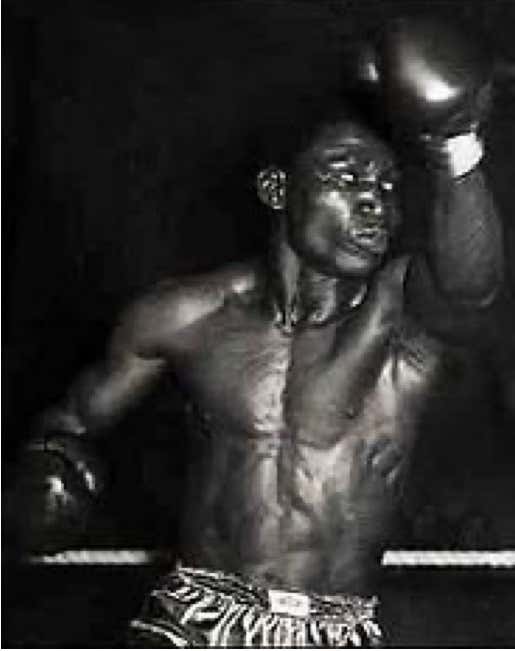 After he entered the ring at Russo’s Gym, standing directly in front of Trace McFadden, you could tell Amadi Akingbade was exactly where he wanted to be…