Wind River remains one of the more under-seen movies I have ever come across. I say under-seen because can't really call it underrated since every rating it has is good and everyone who I know has seen it loves it. It's thrilling, suspenseful, sad, satisfying, exciting and it has a fairly large cast in Jeremy Renner, Elizabeth Olsen and Jon Bernthal. It also has the pedigree in that it was a Neo-Western written (and in this case also directed) by Taylor Sheridan, the genius behind 'Hell or High Water' and 'Sicario'. It's lack of publicity probably had something to do with it being released by the Weinstein Company around the time all of his vile shit came to light.

This scene is an all-time shootout in my book. Some of the greatest suspense leading up to a gunfight I've ever seen, and it's another shining example of how great Sheridan is at tension. 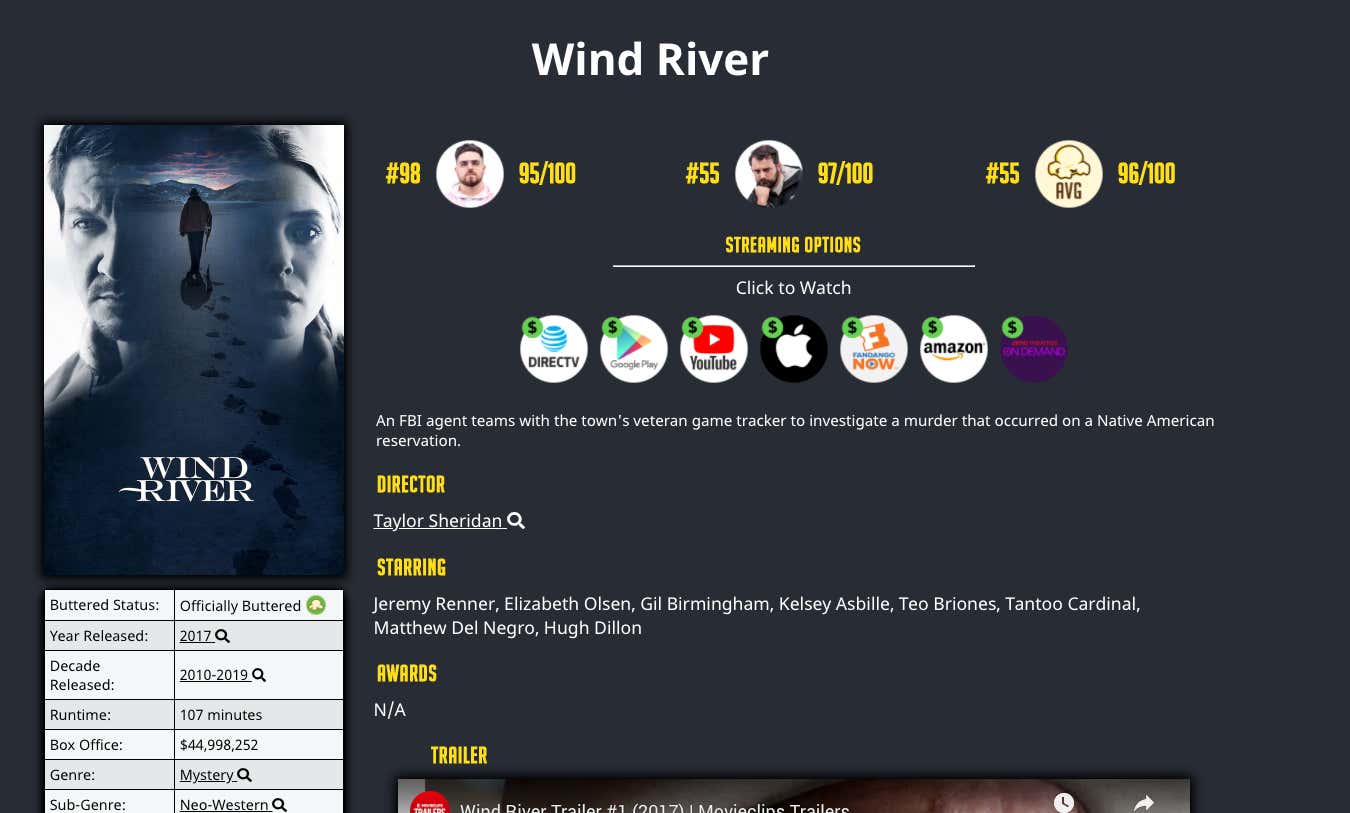