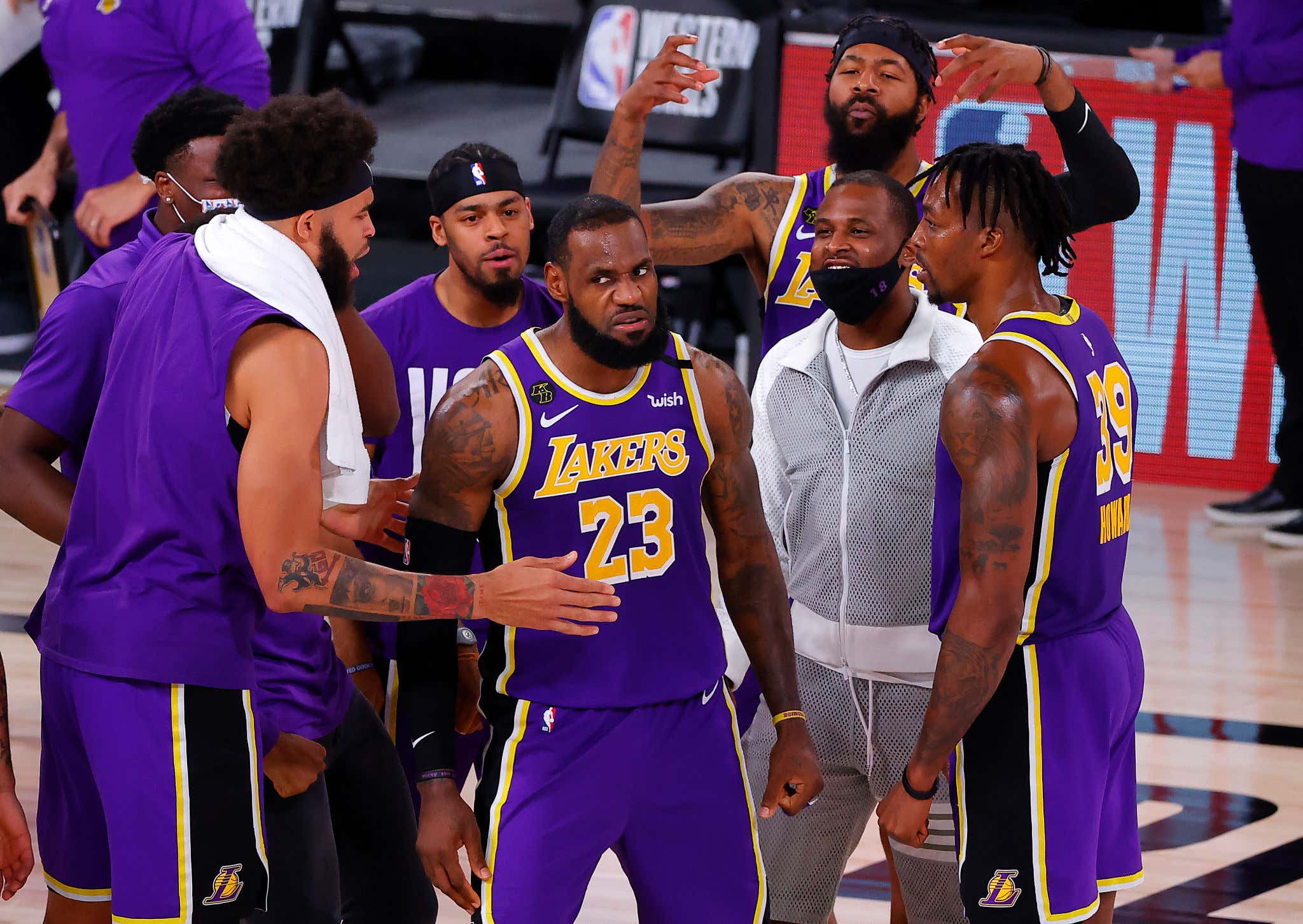 Good morning everybody happy Sunday and welcome back to another edition of Last Night In The NBA where we bring you up to speed on everything that went down from the night before in the Association. I know football is on today and that's what the majority of you care about, but when a team punches their ticket to the NBA Finals, we gotta talk about it. In the event that maybe you spent the night watching college football or blacking out and find yourself on the toilet this morning. Here's what happened.

Well, there would be no magic 3-1 comeback for the third straight series for the Denver Nuggets. That stinks, if anyone could pull off such a miracle it was going to be this group, and man what a postseason run they've had despite it coming to an unfortunate end. Whether you're a Nuggets fan or not you have to respect what they were able to accomplish. Left for dead in the first round, boom three straight with Jamal Murray going supernova. Left for dead in the second round against the big bad Clippers, a team that was a title favorite? Boom, three straight double digit comebacks with Jamal Murray going supernova. And shit, even in this Lakers series they absolutely were right there. A missed AD buzzer beater and maybe some made fourth quarter FTs and who knows what this series looks like.

In Game 5, it was the same story. The Nuggets fought early, had one bad quarter and got down double digits, but then came roaring back. Jerami Grant has made himself so much goddamn money this bubble there's no way he's opting into his $9M player option. Especially when he showed up like this

His 14 points in the third quarter is what got the Nuggets back into this game in the first place. He's basically your ideal modern NBA big man, a guy who is versatile, can make threes, and can guard multiple positions. The Nugget are about to write this dude a blank check.

Then there were the two studs in Jokic and Murray. It was unfortunate that the Nuggets had to deal with foul trouble all night for their two stars, Jokic only played 29 minutes and still had 20/7/5

Sometimes you just wish the officials would let the best players play in such a huge game, but Denver had to be better when it came to defending without fouling.

For Jamal Murray, there's no chance his right leg isn't fucked up. Yet he still played 43 minutes and gave it everything he had

What can incredible bubble run for Murray. He turned into a legit STAR during his time in Orlando, and it's important to put his playoffs into perspective. He put up 26.5/4.8/6.6 while shooting 51/45/90 from the floor. Guess how many times that has happened in the history of the NBA?

Three times. Larry Bird did it. Kevin Durant did it. Kawhi Leonard did it.

That is insane. And he's only 23!! What a performance from their franchise player and the future could not look more bright.

Sadly though, when this team needed to hunker down and defend in the last 12 minutes. LeBron was simply too much. The Lakers put up 30 points on 53/57% shooting in the fourth quarter, LeBron had 16 of em, and that was that.

For the Lakers, congratulations on punching your ticket to the NBA Finals for the first time since 2010. Credit to me for actually saying that and not just avoiding this like it never happened.

What more is there to say about LeBron? This is his 10th trip to the Finals in 17 years. Read that sentence again. He's been in the Finals for 58% of his career. What? How is that even a real thing? Now we should also mention he's 3-6 and is a Ray Allen corner three from being 2-7, but if you can't take a step back and appreciate how goddamn insane that is you're just being a blind hater. Nobody hates LeBron more than me and even cannot deny how ridiculous that is. Seeing it written out is even more insane

I think it's safe to say we will never see a run like this again, or at least for a verrrrrrrrrrrrrrrrrrryyyy long time. You could tell LeBron was on a different level this game, he was super aggressive, basically got to the rim whenever he wanted, and finished with 38/16/10 on 15-25 shooting

It absolutely helps that he has someone like Anthony Davis as a running mate, a guy who is a top 5 player when healthy and is no doubt the best teammate LeBron's ever had. He finished with 27

The Lakers also got just enough from their role players with timely threes, great defense by Caruso, things that you need to get to the NBA Finals.

But this is about LeBron. The fact that he is doing what he is doing in his 17th year, looking better than ever and as unstoppable as ever is truly remarkable. At some point you have to just tip your cap to what you are watching. When teams face an engaged and locked in LeBron, there is not a defender in the league that can guard him. He's too big, he's too strong, he gets too friendly a whistle. I know at least in my lifetime I've never seen a player look this dominant in Year 17 of their career. Duncan was on the decline, Dirk wasn't like this, same with KG. This version of LeBron may as well be prime Miami Heat LeBron for crying out loud. It makes no sense and I will not try and explain it.

So here we go. It means nothing if LeBron can't seal the deal and win his fourth ring. His third ring for a third franchise, that would be pretty fucking impressive. Now they wait to see who they are playing, and either we're going to get a motivated LeBron against his old team, or another Celtics/Lakers battle.