Looking back, I'm not sure I've ever been more embarrassed for any period of my life for being any less self-aware.

KFC and Clem harp on it all the time, and KFC has thrown around the term wigger plenty, but standing in line at Newbury Comics on Route 9, on Tuesday, September 26, 2000 (all cd's used to come out on Tuesday's back in the day. And they would sell out. No joke. So if you weren't in line or didn’t have a plug at a record store you were shit out of luck. Wild times) waiting to get my hands on the new "Shyne" album from the newest Bad Boy records "bad boy" ranks up there in all-time wigger moments.

Shyne was one of the most sought after “free agents” in rap music at the tail end of the 90s. There was an all out bidding war for the hardcore gangster rapper with the unique voice.

Puffy paid top dollar for him and signed him to Bad Boy.

The comparisons to the late B.I.G., based on Shyne’s gruff, deep voice  started immediately.

The Belize born, Brooklyn raised MC had his work cut out for him trying to live up to the hype so an all out marketing storm began.

Diddy was dating J-Lo at the time and was on top of the world.

Diddy and J Lo were inseparable.

When he wasn’t with her, it seemed like he was with Shyne.

So it made sense the night the three of them visited midtown’s “Club New York” together and were involved in a shoot out.

There are still several stories floating around, but allegedly a group had a problem with Puff Daddy which led to Diddy firing a gun in the air. It richocheted and struck an innocent bystander and mayhem ensued.

Shyne alleges to this day that he saved J Lo’s life by pulling his own firearm.

The three fled the scene and when they were eventually pulled over Shyne took the fall. 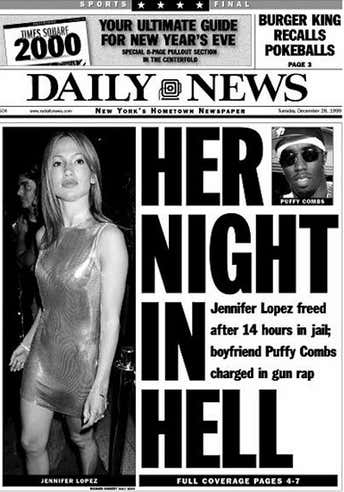 He wound up in jail for the better part of the next decade. Including when his debut album came out almost a year later.

He wound up in jail for the better part of the next decade. Including when his debut album came out almost a year later.

The hype and hysteria undoubtedly helped his album sales. But it lived up to the hype.

It was and remains one of the hardest albums to ever appear on the Bad Boy label.

Gutter anthems about violence and the drug life from somebody who actually lived every bit of it.

His relationship with Puffy went from strained, to repaired, to almost like nothing ever happened now that he’s been deported, found God through Judaism, and is running for office back home in Belize.