Everybody has a turnover prop now. Apparently getting your team the ball back isn't enough of an incentive for defensive players, so coaches have to come up with something to give them when they get back to the sidelines that they can post on Instagram.

But one would imagine that Ole Miss would have just a smidge of self-awareness and not make its turnover prop a giant bag of money. You know, after being unbelievably indignant for years while handing out duffel bags full of cash to any recruit who would put the Rebels in his top five.

Even in its first year under Lane Kiffin, it looks like Ole Miss is still trying to keep some remnants of the Hugh Freeze era alive. Never forget: 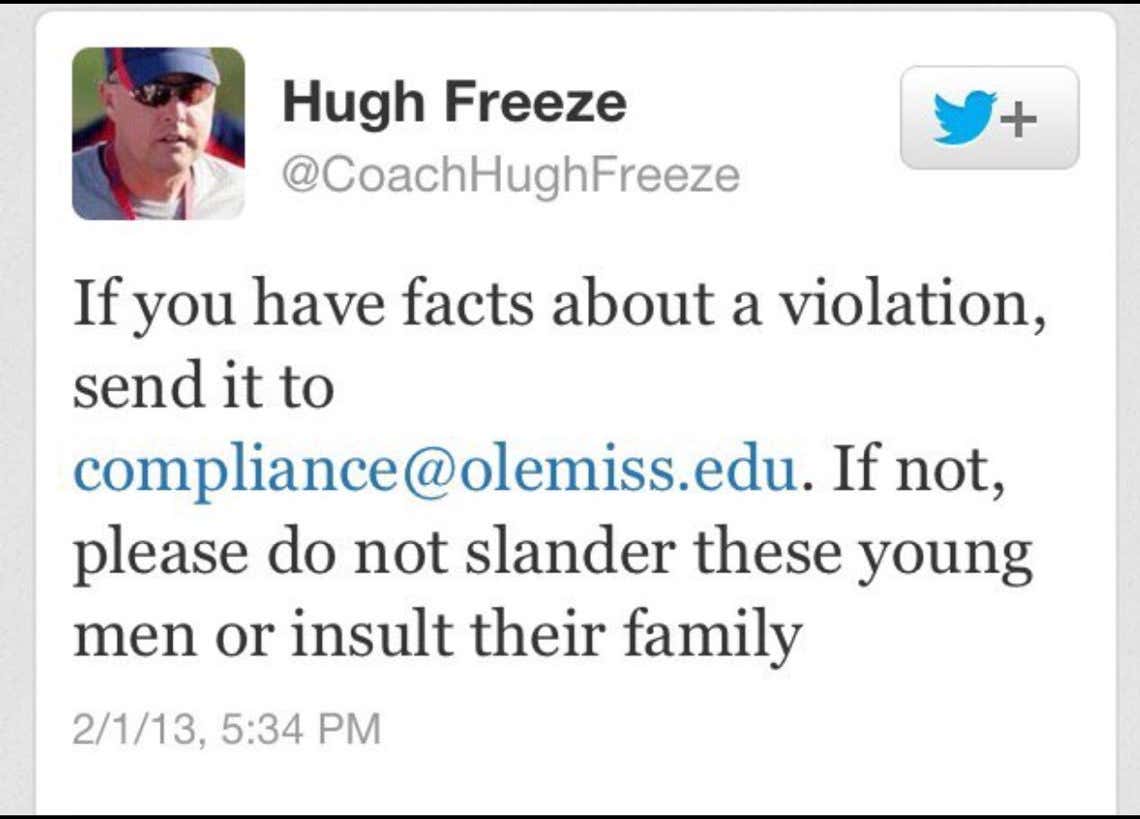 Now the Ole Miss players only get fake money if they force a takeaway. Seems like a fair compromise.