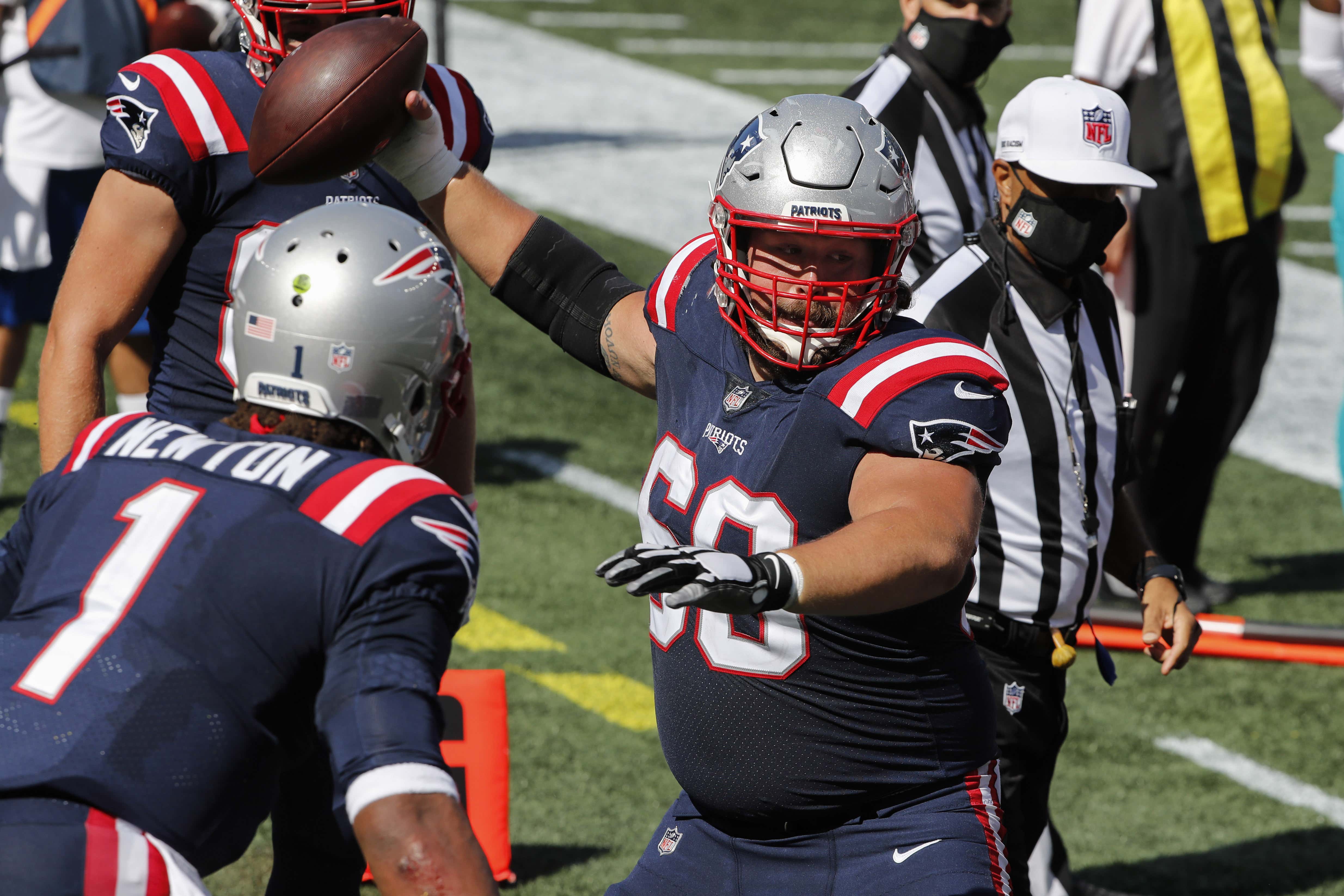 I don't know the year-to-year data so I can't intelligently speak to whether or not injuries are up across the NFL due to the shortened offseason. But it certainly feels like it's worse through two games than it was last season. Still, the Patriots have gotten by relatively unscathed so far. A couple of the young players they're trying to develop either haven't dressed (rookie linebacker Josh Uche) or are dealing with something (safety Kyle Dugger has missed practices this week). So it was only a matter of time before something major was going to happen on that front.

And while center might not be the sexiest position or the one you think about when you're making your wagers through Barstool Sportsbook (responsibly) or setting your Fantasy roster, make no mistake that losing David Andrews for any period of time constitutes something major happening. God only knows when the injury happened because he didn't miss a snap against the Seahawks. But it must be serious if he's already gotten it operated on.

His potential loss - and if he's trying to snap the ball with his off hand, it sounds like a lot more than potential - would suck on a personal/emotional level due to the fact he missed all of last year with blood clots in his lungs, but decided to take a pass on the Covid opt out anyway. In spite of the fact that is enough of a pre-existing condition to land him in a political ad about health care.

But personal/emotional situations don't protect your quarterback or open holes in the interior of the line for your ground game. David Andrews does. Really, really well. Returning him to the offensive line that had already lost Marcus Cannon to the opt out was mission critical this season, and it's worked. Pro Football Focus has the Patriots O-line ranked as the No. 2 pass blocking unit in the league so far, and Andrews as the No. 4 center overall. And since Las Vegas is a team that likes to run a lot of stunts and games upfront - particularly with Johnathan Hankins, who's among the best interior defenders in the league - the McOffense needs all the experience it can get.

In all likelihood, they're going to replace him with a guy who has zero experience. In the NFL, anyway. I'm assuming Hjalte Froholdt will take his first snaps after an injury-shortened rookie season. Belichick was asked about Froholdt this morning and certainly made it sound like he's the new center for the time being:

“Hjalte’s had a good offseason. He had an opportunity to get a lot of reps last year in training camp but then that was really about it for him. He was rehabbed early and was really ready by January. … He’s a hard-working kid who did a lot on his own. So he had a good offseason in terms of training and being healthy. He’s been able to be out on the field every day and work hard and continue to get better on a daily basis since we’ve had the opportunity to begin practicing.

“So he’s way ahead of where he was last year on a number of levels and still a young player that has a lot of room to grow. Works very hard at it. He’s taken a step to being close to playing and hopefully he’ll be able to compete for playing time here as he continues to improve.”

And this is where the Pats' emphasis on guys who are position versatile enough to play anywhere along the O-line pays off. Froholdt when he came out of West Virginia, where he slid all over the interior of the line, including some games at center as a senior. I'd feel better about it if Dante Scarnecchia was still here because he had a genius for coaching up raw recruits and turning them into killing machines in times of emergency. Though to be fair the TWO men it took to replace him, Cole Popovich and Carmen Bricillo, have so far followed in Scar's mighty footprints. In the best case scenario Sunday, we won't notice him because he'll keep the middle of the pocket clean, run block, not commit penalties and make the center-QB exchange without any hiccups. And in the even better case scenario, this is only temporary with Andrews. Stay tuned and pray it doesn't get worse before it gets better.