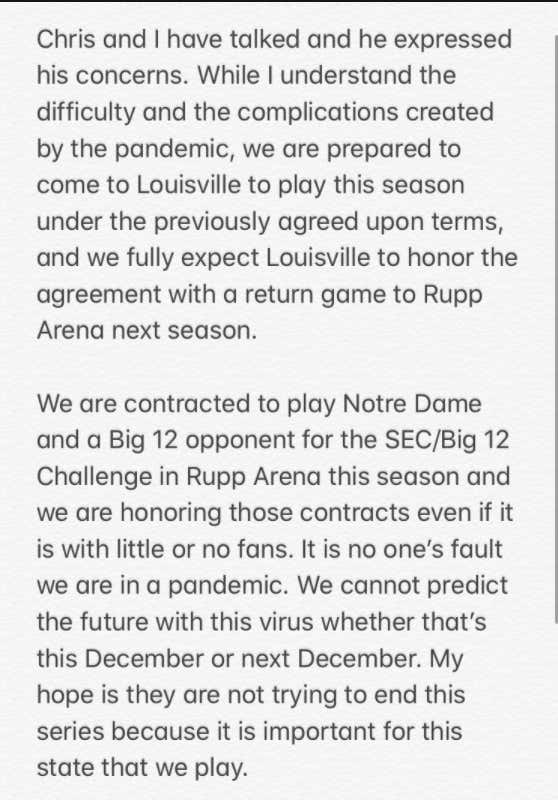 That's my goddamn coach. That's why Kentucky will always be the big brother to Louisville. Shut the fuck up about the fairness of not playing in front of fans. Every school is going to have that. You know what's not fair? Not having the NCAA Tournament last year. Everything about college sports isn't fair. So shut the fuck up about how a global pandemic is forcing you to play a game and a season without fans. Guess what? It doesn't matter. Cal is 11-2 against Louisville. Fans, no fans. Louisville, Lexington. Regular season, NCAA Tournament. It. Doesn't. Matter. Kentucky is going to win.

I've said it before but this game has to happen. We shouldn't change shit when it comes to rivalries because of a global pandemic. Xavier/Cincinnati, Kentucky/Louisville, whatever it just needs to happen. Just stop fucking whining and play the game. Big deal, every team doesn't have fans this year. You just deal with it.

Any time, any place little brother: