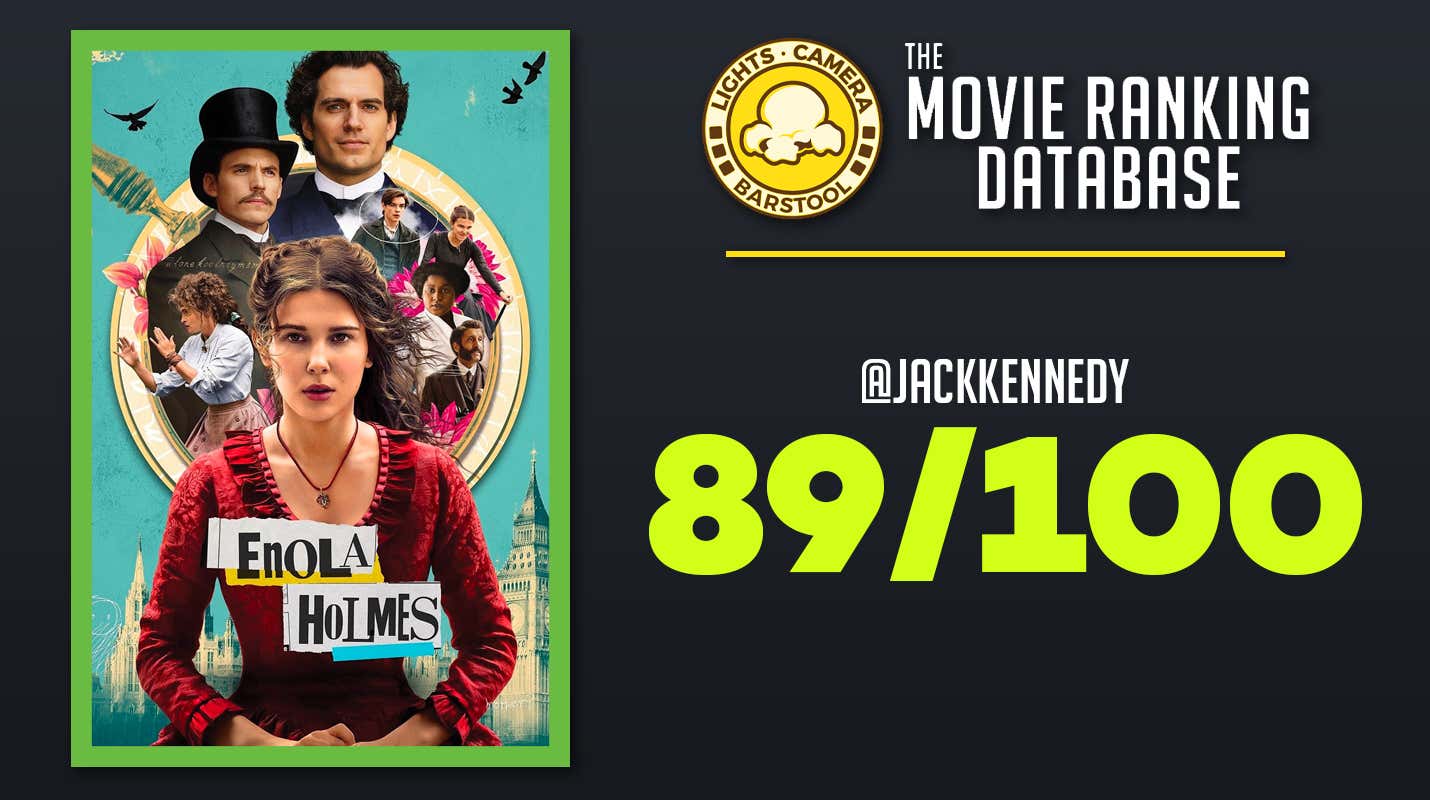 Considering how old the story is, all the recent adaptations of Sherlock Holmes have been nothing but heaters (We aren't counting 'Holmes & Watson'). The BBC series is amazing, and the RDJ movies are underrated in how good they are. While I was a little skeptical of the kid aspect, I was definitely excited to see what the duo of Millie Bobby Brown and Henry Cavill could do. I’m happy to report that the movie not only met my expectations, but exceeded them quite a bit! It’s a charming, fun movie that’s an easy and enjoyable watch for any age.

Obviously Millie Bobby Brown has the brunt of the work as the titular character. I think her performance in this movie is going to be the jumping off point for her as far as separating herself from Stranger Things and entering the world of movie acting. She was sharp, funny and was outstanding in some pretty tense emotional moments. Henry Cavill exists mostly in the periphery, but his brother-sister dynamic with MBB was effortless.  Sam Claflin was also solid in playing a rendition of Mycroft that was essentially an extension of his Peaky Blinders character, Oswalt Mosley. I also rather enjoyed Louis Partridge in the supporting role as Enola’s love interest.

One thing that I really appreciate about this movie is that Sherlock and Mycroft had the perfect amount of screentime in this movie. They exist in the periphery, as this is Enola’s story, but also add some great characterization for her. The actual plot and mystery that Enola solves, while working on her own coming-of-age issues, is fairly straightforward. A classic story with all the expected twists and turns that come associated with the name Holmes. The dialogue is quick and funny, and the set pieces look fitting for the era while also sort of manicured for modern day, if that makes sense.

To sum it all up, ‘Enola Holmes’ is a fantastic, YA adventure that defines the word charm. I very rarely say that a movie needs a sequel, let alone a franchise, but I would love it for this movie. The chemistry, dynamic and stories are all there, so why not?